Samsung is giving its smart TVs a voice control boost, expanding Google Assistant support in its latest sets and in the process taking the array of AIs you can chat with to three. The latest 2020 Samsung smart TVs already offered Amazon Alexa along with Samsung’s own Bixby, and now owners will be be able to switch between all three.

The company had already shown us what Google Assistant functionality would be like, adding it to its TVs on offer in the US in October. Now, that support is expanding in international markets. The UK, France, Germany, and Italy should have it now; Spain, Brazil, India, and South Korea will be added by late November.

It’ll be rolled out to 12 countries by the end of the year, Samsung says. Amazon Alexa, meanwhile, is currently supported on Samsung’s smart TVs in 14 countries.

As you’d expect from any Google Assistant smart speaker, like the Nest Audio, you’ll be able to use the TV as an interface to answer questions, check weather reports and get news summaries, and control connected smart home equipment. However there’ll also be direct control via voice over the TV itself. 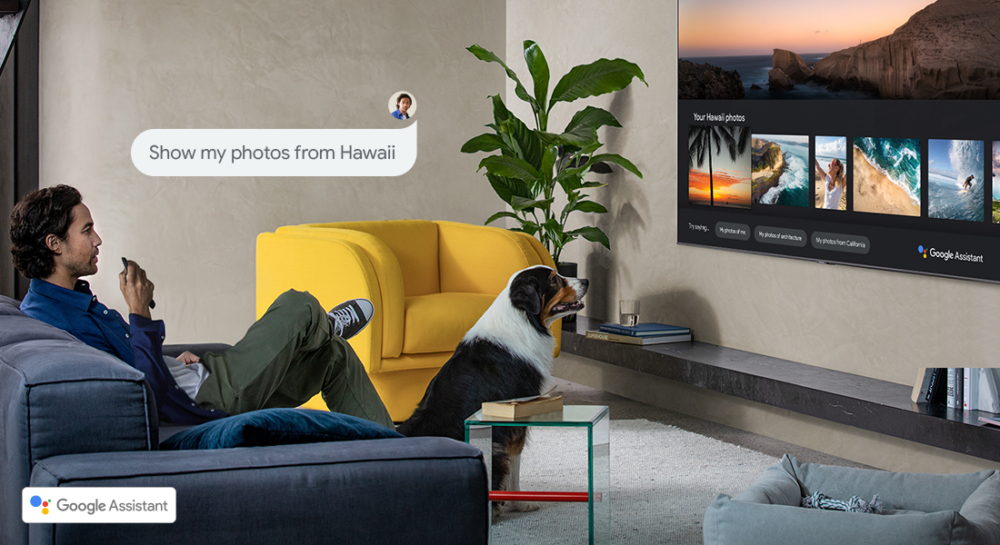 With the Assistant, you’ll be able to browse through channels and control playback, along with adjust the volume. You’ll also be able to load individual apps on the smart TV. Music control will be supported too, along with Google Photos, effectively turning the TV into one big smart display.

To set it up, you’ll need to be running the latest TV software version, which you can check for in the settings pages. After that, head to Settings > General > Voice > Voice Assistant. The Google Assistant should be listed there.

You’ll need to grant Google permission to control various things, including data sharing between it and Samsung. From there, you switch to the Google Assistant app on your phone; you can then use the “Set up my Assistant device” voice command to search for new devices. The Samsung smart TV should show up in the list and, when selected, the TV will show a code to check against the one on your phone. Finally, tapping “Allow” gives the TV permission to access your phone.

Google Assistant support is rolling out to all 2020 4K and 8K QLED TVs, Crystal UHD TVs, The Frame, The Serif, The Sero, and The Terrace, Samsung says.