Samsung’s big Galaxy S21 launch may be coming later this week, but it’s home appliances which are getting their moment in the spotlight today. Fresh for CES 2021 are updates in the kitchen, the laundry room, and roving the floors in the shape of a new, smarter robotic vacuum cleaner.

Samsung Family Hub gets an upgrade

Samsung’s concept of putting a huge touchscreen display in the refrigerator door seemed like madness when it first launched its Family Hub series in 2016, but over the years it has started to make a lot more sense. No small reason for that is the growth of the smart home, and – with Samsung’s SmartThings at the core – the potential to control multiple rooms of connected and IoT devices from the screen on your fridge. 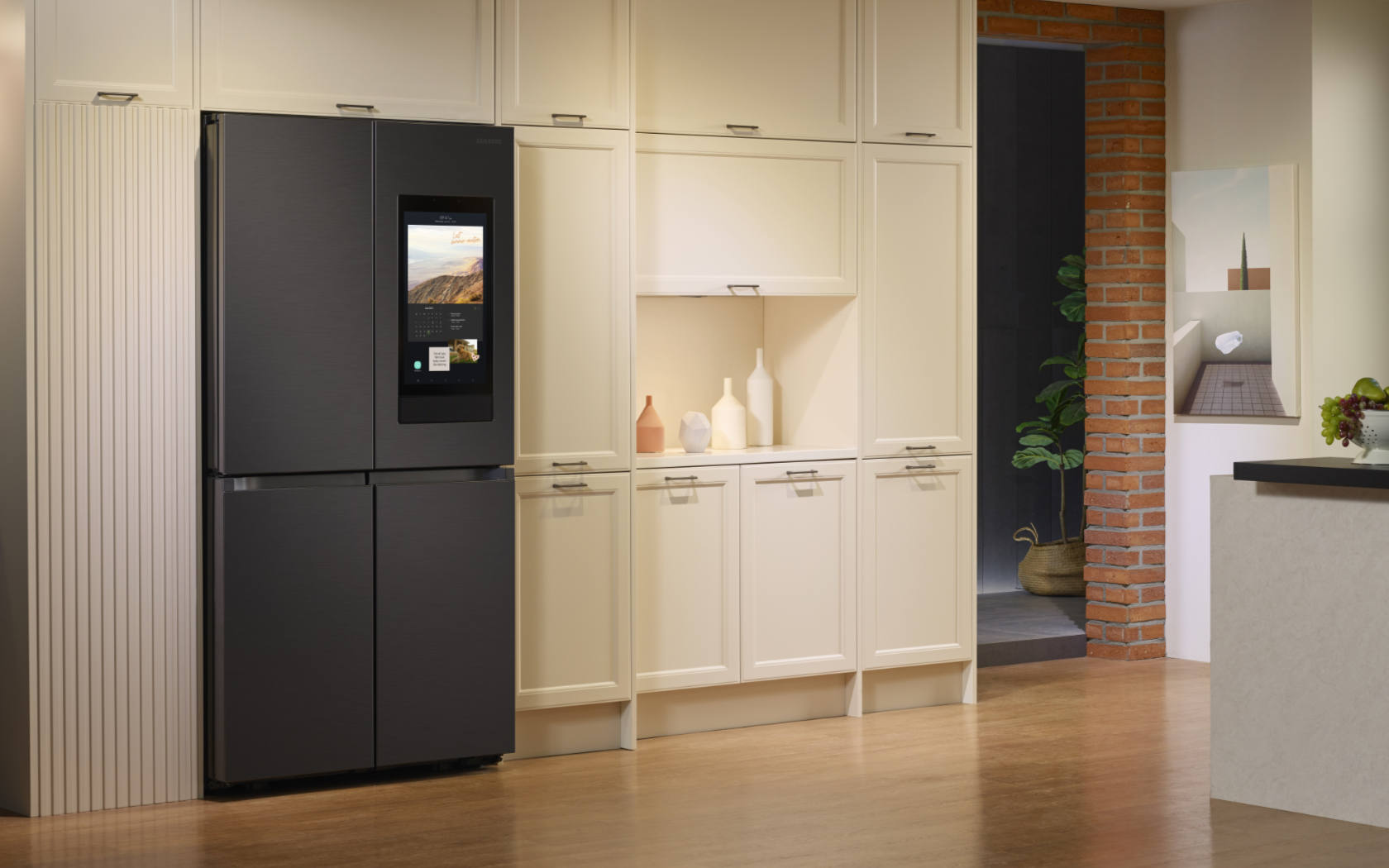 For 2021, there’s the arrival of Family Hub 6.0. Set to be released at the end of April, it’ll update the 21.5-inch touchscreen with a new UI, organized by common capabilities across themed boards. That’ll include larger, more customizable widgets, too.

Amazon Alexa and Google Nest support are being added, courtesy of SmartThings. You’ll be able to link your Nest thermostat, cameras, and video doorbell to SmartThings, for example, and then access them directly from the Family Hub display. SmartThings is also gaining a general thermostat widget, along with a video widget for connected cameras.

The other big improvement is Family Hub’s AI, which promises to keep an eye on smart devices and turn them off if you’re not using them.

Linking the refrigerator, along with the connected cooktop, oven, or range, and a variety of on-demand grocery services, SmartThings Cooking aims to deliver personalized meal plans for the uptick in people cooking at home that Samsung says have emerged during the pandemic. Feed it with your tastes and any dietary restrictions you might have, and it will automatically suggest recipes, build meal prep guides, and collate a shopping list for missing ingredients.

If you have Samsung’s connected kitchen appliances, the recipes can even do things like preheat the oven to the right temperature, or control the cooktop. Integrations with Amazon Fresh, Walmart, Instacart, Kroger, and Safeway will allow for direct orders of food for the meals SmartThings Cooking recommends.

The JetBot 90 A.I.+ robotic vacuum may be a lot smaller than a car, but it promises to use the same sort of LIDAR mapping sensors to figure out the best route around the home. After first 3D scanning a room and understanding its layout, Samsung says, the vacuum can plot a more effective route for cleaning. The sensors can see almost 20 feet ahead of the new JetBot, too, while the new brush system has up to 30W of power and a sensor that adjusts the cleaning settings according to the floor type. 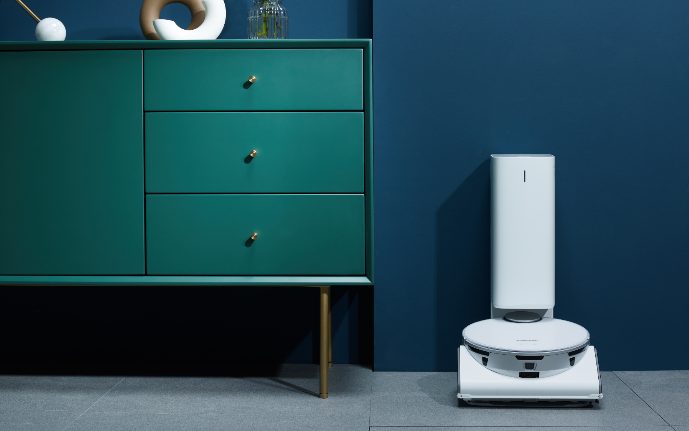 With AI object recognition, it should also be able to better understand potential obstacles. Not only that, it can tell whether they can be safely nudged or should be avoided, and can distinguish cables as narrow as 3mm wide, hands, and other items. In the app, you can set up schedules as well as set no-go zones.

Included is an auto-emptying charging station, which can suck out the dust and dirt the vacuum collects into a disposable bag. That only needs emptying every 2-3 months of typical use, Samsung says, and there’s HEPA filtration.

With a camera at the front, you can live-stream video from the JetBot as it roams around the home cleaning. Samsung has also added a security feature to the app, allowing up to five locations to be programmed and the JetBot to go into a patrol mode to survey them and send video clips accordingly.