Today we’re taking a peek at the new Samsung Galaxy Z Fold 2 5G in a series of leaked images that show front, back, sides, top, and bottom. This smartphone is the second in a line of foldable display smartphones from Samsung in the vertical fold collection. There’s also a Samsung Galaxy Z Flip smartphone that unfolds horizontally, and is much closer in appearance to a classic flip phone.

The Samsung Galaxy Z Fold 2 5G is ready to roll with renders showing the display up front – non-folding, but significantly larger than its most recent predecessor. The back side of the phone now seems to replicate the look of the upcoming Galaxy Note 20 and the camera array of the Galaxy S20 Ultra.

This device appears to do away with the massive notch that was present in the first Galaxy Fold smartphone, replacing it with a punch-hole for the inside camera. There’s also a front-facing camera on this phone, also appearing with a punch hole through one of the device’s two displays. 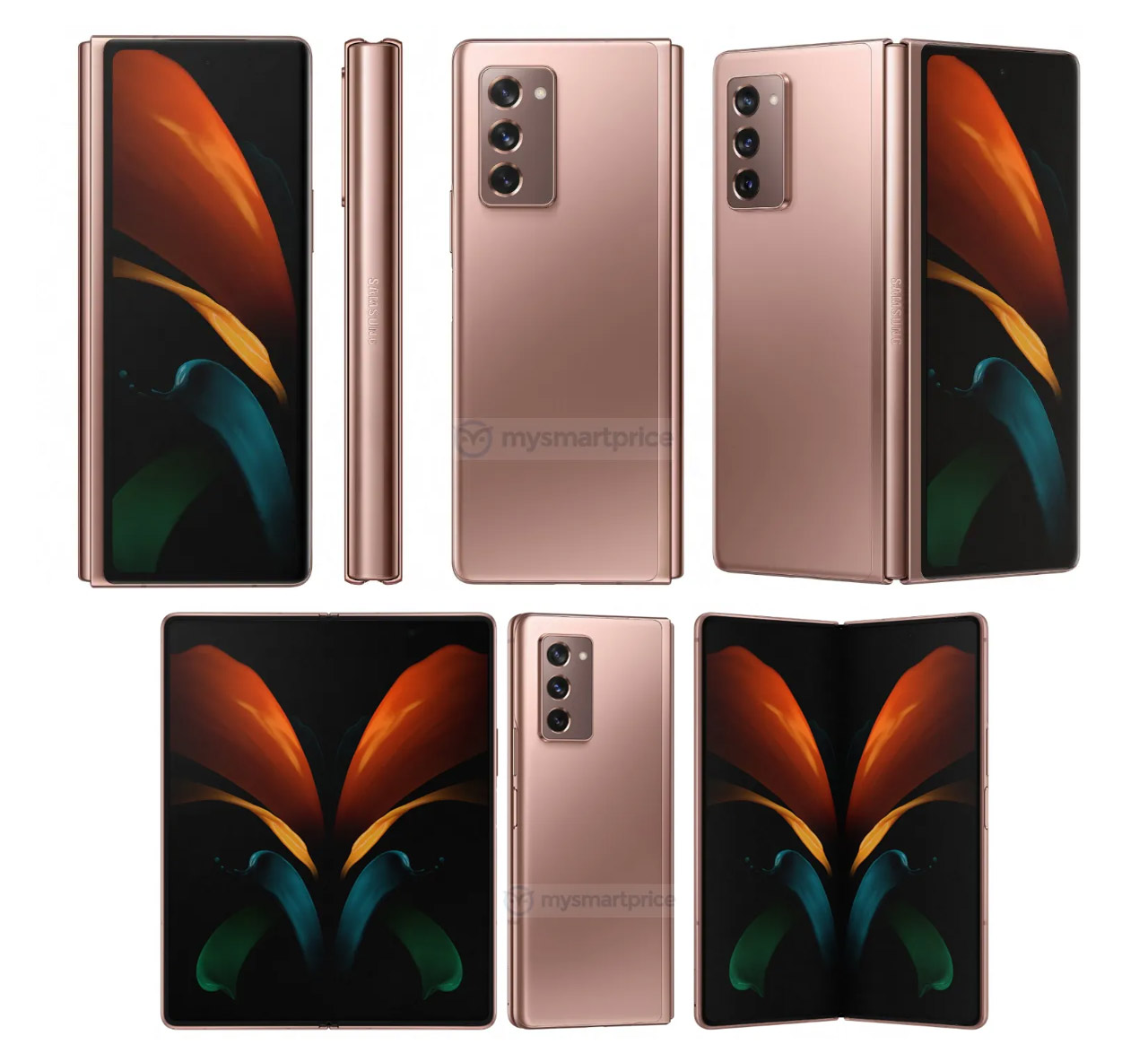 The full Samsung Galaxy Z Fold 2 5G release, along with the Galaxy Note 20 and a few other surprises, will likely be revealed in full at the Samsung event coming in early August 2020. On August 5, 2020, Samsung Unpacked 2020 will deliver a total of five new devices to the masses. Stick around as we get a much closer look!

Take a look at the teaser video above from Samsung about the event at which the device leaked earlier in this article will likely be shown in full for the first time. Cross your fingers Samsung eventually sees the light and starts making phones in Slime Green, too – some day!