Samsung is updating the Galaxy Watch 4, with a new software upgrade that adds fresh faces, fall detection, and gesture control to the wearable. Announced back in August, alongside, the Galaxy Z Fold 3, the Galaxy Watch 4 overlays Samsung’s own One UI Watch atop Google’s Wear OS.

Most obvious in the update are the new watch faces. There are four additions to the smartwatch, along with more flexibility in complications, too. 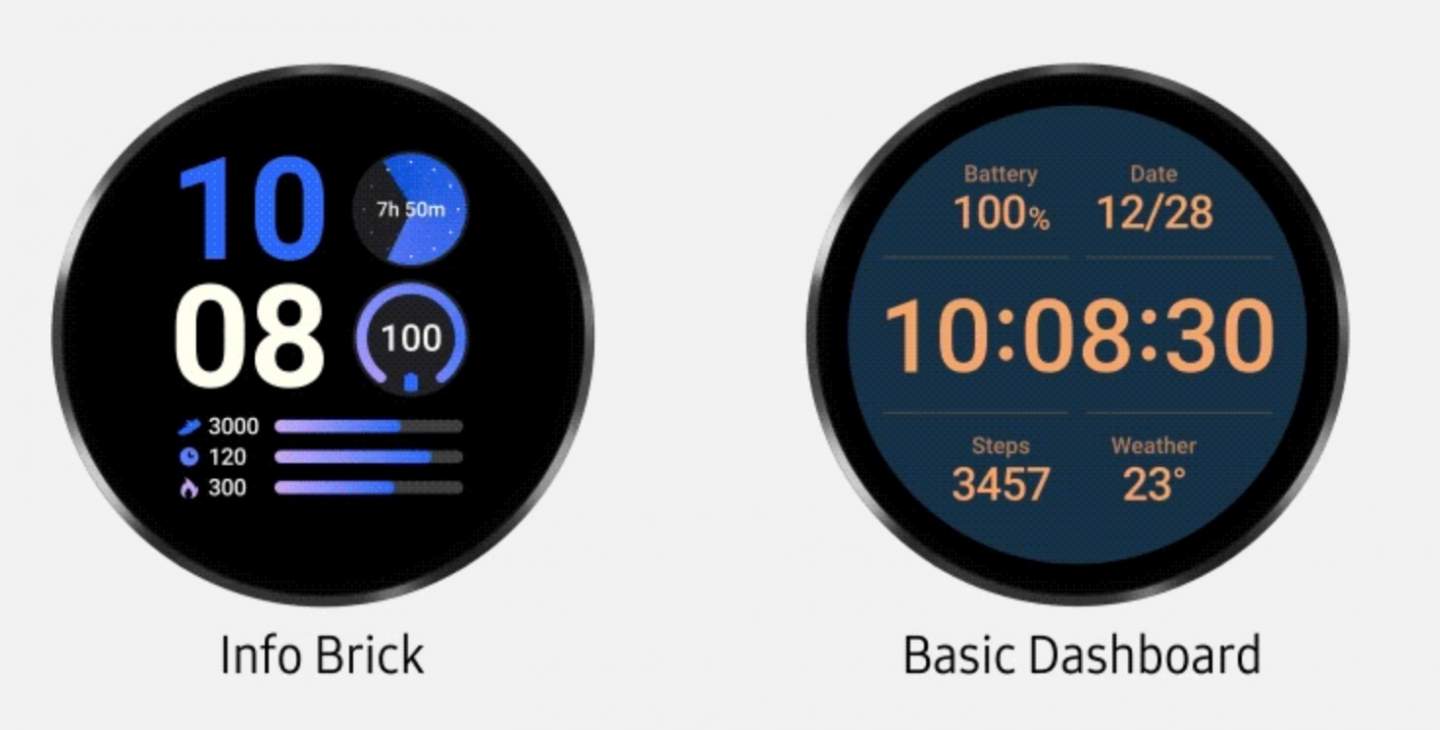 The new Info Brick watch face can be customized with different data such as heart rate and daily activity. Another new face shows an in-depth weather forecast for your location. A third has a basic dashboard of information, while the fourth shows customizable live wallpapers that are apparently inspired by the Galaxy Z Fold 3 and Galaxy Z Flip 3.

For complications, now up to four can be combined in the Animals watch fact. That includes things like reminders and messages, step count, remaining battery, and other metrics. The My Photo+ watch face now supports an animated GIF alongside still images, too.

The Steps Challenge watch face is being updated, with an animated bear designed to show what stage of your workout – from stretches, to steps, to hitting a goal – you’re at.

As for controlling the Galaxy Watch 4, there’s now gesture recognition. You can still move your forearm up and down twice to answer a call, or rotate your wrist twice to reject calls or silence alarms. However, Samsung is also adding a “knock knock” gesture that can be customized: you could open a specific app, pull up the list of workouts, create a new reminder, or turn on a smart home device like a light.

Finally, there are updates to Samsung’s fall detection system. That’s been a feature on the company’s smartwatches since 2020, spotting whether the wearer had fallen over during exercise. This new update adds support for identifying a fall while you’re standing still, too.

If you do, the smartwatch can optionally send out a notification that you need help. Up to four contacts can be set as emergency SOS recipients; they’ll get an alert and your location.