Samsung’s Galaxy Tab S7 FE will go on sale this week, the company has confirmed, offering an Android-powered 12.4-inch alternative to Apple’s iPad, complete with the option of integrated 5G. Announced back in May, the newest addition to Samsung’s tablet series will be priced from $530 the company confirmed today, and also support its S Pen stylus.

The most notable feature is the 12.4-inch screen, with Samsung using a 2560 x 1600 WQXGA TFT LCD panel. That won’t, obviously, be quite as pleasing on the eyes as the company’s AMOLED screens, but it does help keep the price competitive. 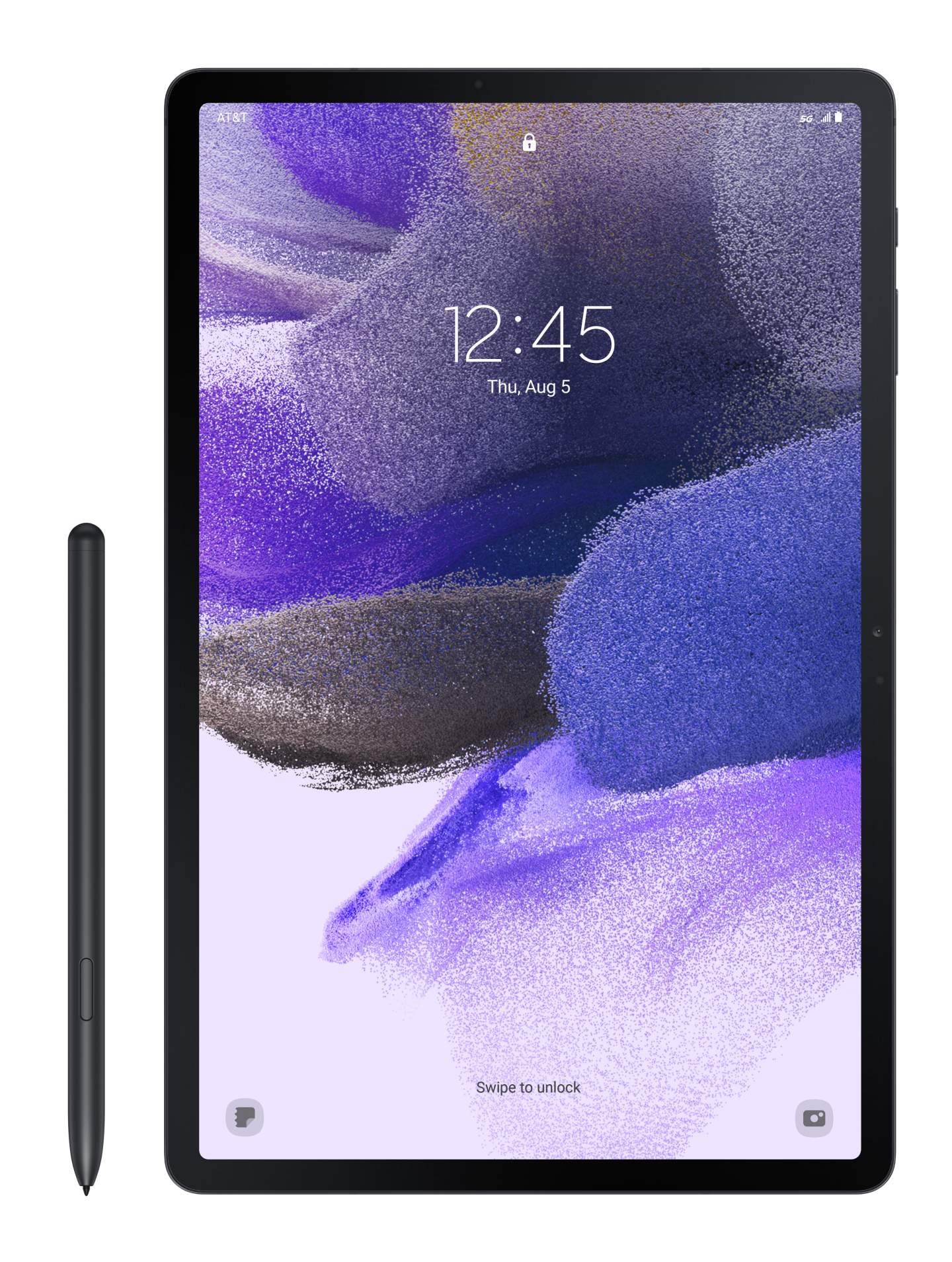 The screen supports the S Pen, which Samsung includes in the box. With the customizations to Android 11, there’s support for handwriting recognition, art with a 6 month trial of Clip Studio Paint, and Canva. There’s also Multi-Active Window to have up to three apps on-screen at once, and App Pair to launch multiple apps with one tap. Next to a Windows PC, Samsung Second Screen turns the tablet into a secondary display.

Above the screen there’s a landscape-oriented front facing camera, paired with a three microphone array. It uses cropping on its 5-megapixel resolution to keep you centered in the frame for video calls. An 8-megapixel autofocus camera is on the rear, and there are stereo AKG speakers and Dolby Atmos support. 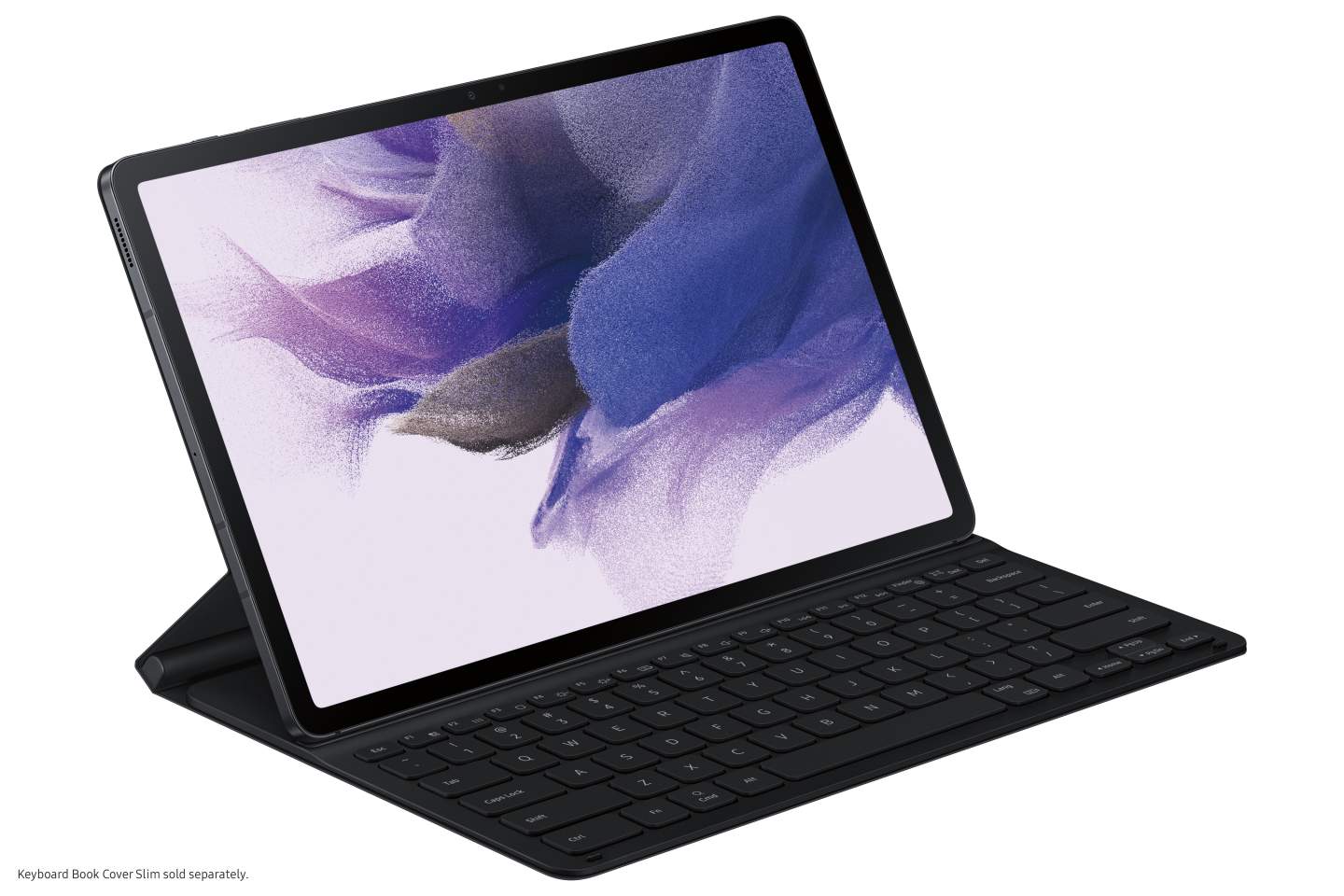 Power comes courtesy of a 10,090 mAh battery with wired fast-charging support via the USB-C port. The whole thing measures 7.28 x 11.21 x 0.25 inches and weighs 1.34 pounds. A Book Cover and a Keyboard Book Cover are both optional, the latter having both a keyboard, a stand, and a nook to store your S Pen. 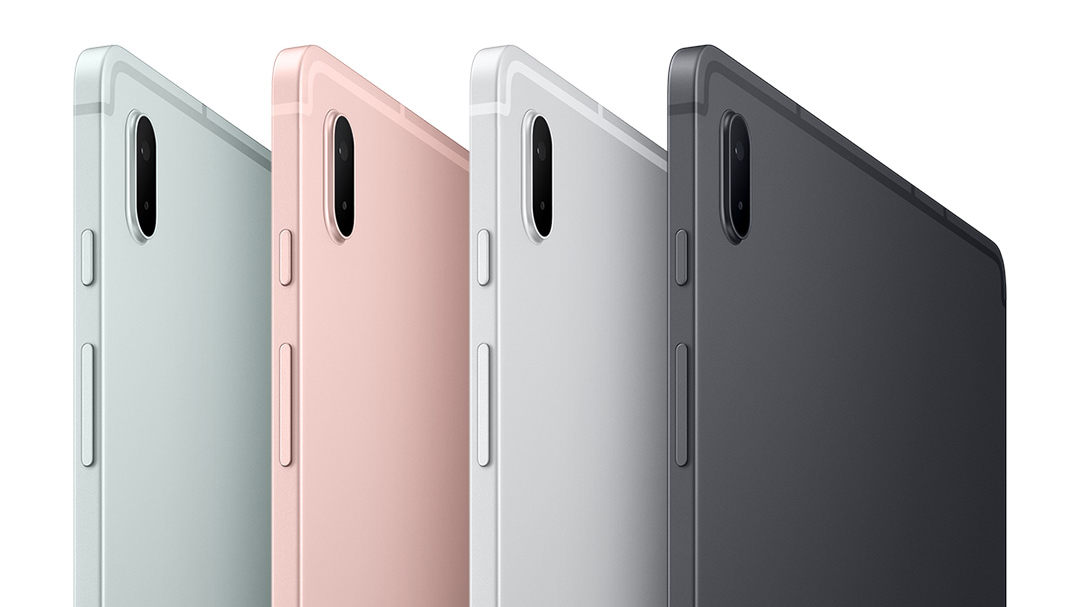 The Galaxy Tab S7 FE WiFi will be priced at $529.99, and available in Mystic Black, Mystic Silver, Mystic Green, and Mystic Pink. It’ll go up for preorder tomorrow, August 5, and then ship from September.

As for the Galaxy Tab S7 FE 5G, that will be priced at $699, and only be offered in Mystic Black. It’ll be available from August 5, either from Samsung direct, or through AT&T and Verizon. Shortly after it’ll also go on sale at T-Mobile, US Cellular, and other retailers, Samsung says.