Samsung Galaxy S7 and Samsung Galaxy S7 Edge models suggest that the company will stick with model sizes that developers need not change for. After years of changing the innards and outsides of the Samsung Galaxy hero smartphone lineup, Samsung appears to have stuck with what works – and, in the process, they’re about to create an environment that’s strong enough for developers to invest time and effort into the platform. As it is with Apple’s iPhones and their rarely-changing display densities, the Galaxy S7 and Galaxy S7 Edge will follow the Galaxy S6 and S6 Edge Plus’ leads.

Much like we predicted in our “Leapfrog” article from December of 2015, the Samsung Galaxy S7 will make use of Samsung’s daring. What I mean by this, is that while the Galaxy S7 will be able to work with Samsung’s already in-play Gear VR virtual reality headset, for starters, the iPhone will still just be focusing on the basics in and of the smartphone itself.

While we’re still fairly far back from the release of the next iPhone, we’ve not seen any sort of major leap forward in features or mind-blowing, life-changing releases that Apple had with the original.

Samsung, on the other hand, saw what Oculus was doing with virtual reality and joined hands, tapping in to the mobile VR market and charging in full speed ahead.

This seemed crazy at first – who was going to develop an app for a market with only one device?

Besides developers making apps for the iPhone or the iPad, of course…

Samsung created the strong, widely used platform needed for mobile virtual reality to take off by releasing iterative editions of the Gear VR, starting with a developer-aimed Gear VR model that only fit the Galaxy Note 4. Now they’ve got a model that fits all of their hero smartphones and will continue to fit future models throughout this year, at least.

The two new Samsung Galaxy smartphones look similar enough to the Galaxy S6 and S6 Edge that we would not be the least bit surprised if they fit inside the Gear VR without issue.

ABOVE: Samsung has been tipped to be coming to Mobile World Congress 2016 with a virtual reality-friendly action camera called the Samsung Gear 360.

They’ll be iterative in that they’ll have specifications that one-up last years’ models, but their bodies will look largely the same. 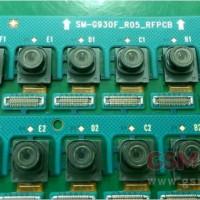 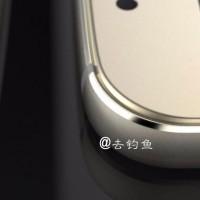 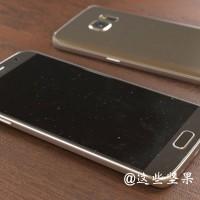 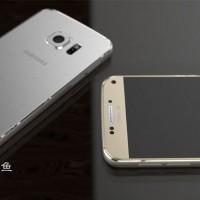 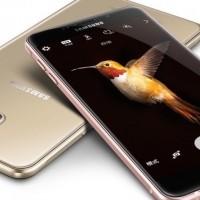 The gallery you’re seeing above shows a number of renderings and component parts shared over the past several weeks. For more information on the lot, have a peek at our timeline below.