In the chart photographed by a Weibo micro-blogger this morning you’ll find the release date range for the Samsung Galaxy Note 5 (32GB) as well. China Mobile will get this smartphone in late December or early January. They’ll also be getting the Huawei Mate 8 and the ZTE Axon Mini during this date range. 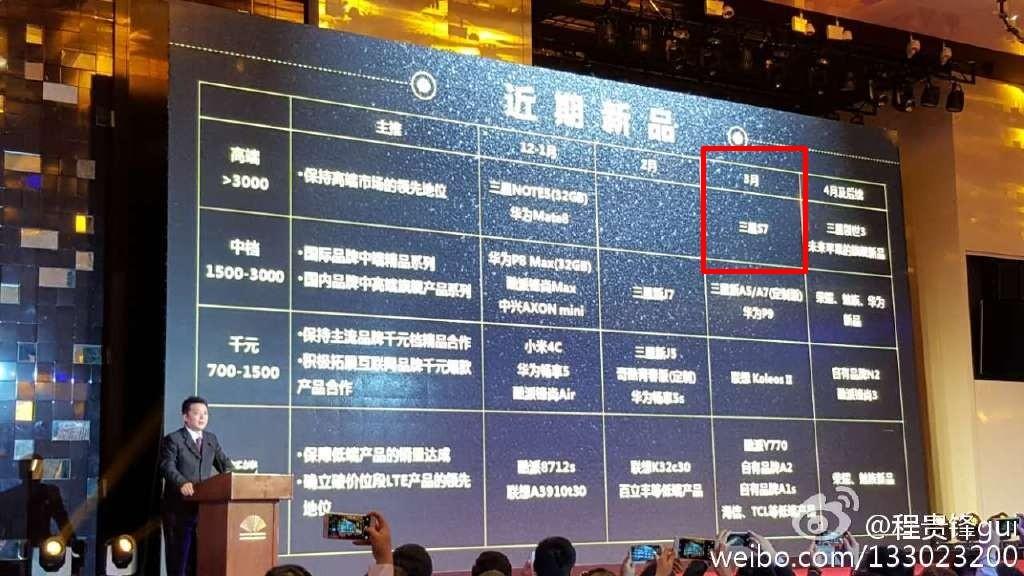 Why Galaxy S7 will leapfrog iPhone 7 for true believers

The specifications you’ll see below have been gathered by SlashGear from anonymous sources, tips, and rumors revealed over the past several weeks. These specifications are by no means guaranteed to be accurate, and should be taken with a grain of salt.

The design of the Samsung Galaxy S7 has been tipped more than once to be very, very similar to that of the Samsung Galaxy S6. Think of this as a “tock” year in a “tick tock” schedule for the smartphone maker. Expect a similar, glass and metal design with advanced innards – and maybe even a better camera, to boot.