As Samsung gains a whirlwind of attention this week before its big Samsung Galaxy S4 event on the 14th, (one week from today), both the S4 and the Note III have been given some rather impressive unofficial specification sets. The details we’re about to compare are not official and have not been confirmed by Samsung in any way. On the other hand, you can count on most or all of them due to the relatively predictable incremental steps every technology company takes when releasing products in a highly popular brand line.

So you’re planning on deciding between the Samsung Galaxy S IV (or S4, whichever you prefer) and the Samsung Galaxy Note III, yes? They’re going to be exceedingly similar when it comes down to it, their display size and abilities with or without the Samsung S-Pen notwithstanding. So here’s what we’ve got – and remember, all of this is based on tips, leaks, and rumors galore. The details for each of the specifications listed are either listed in the timeline at the end of this post or are brought up with educated guesses on the part of your friends at SlashGear. 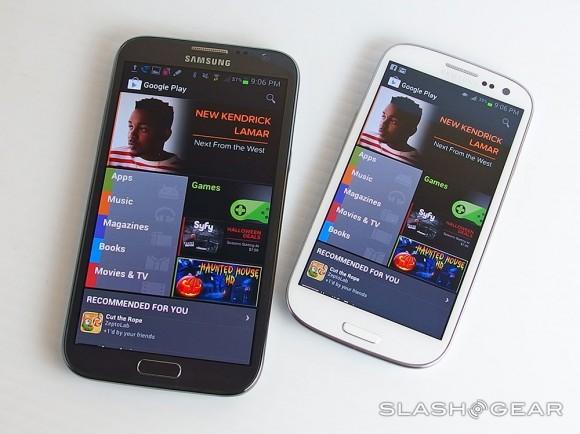 Both the Galaxy S4 and Galaxy Note III will quite likely be using the new Samsung Exynos 5 Octa quad-core processor. Note that there will actually be 8 CPU cores here, but that each of the four main cores will be “backed up”, so to speak, by another core for low power tasks. So just as the NVIDIA Tegra 3 and Tegra 4 have five CPU cores, one of them being a sort of “ninja” core for low power tasks, so too is this new Exynos beast for both the Galaxy S4 and Note III. 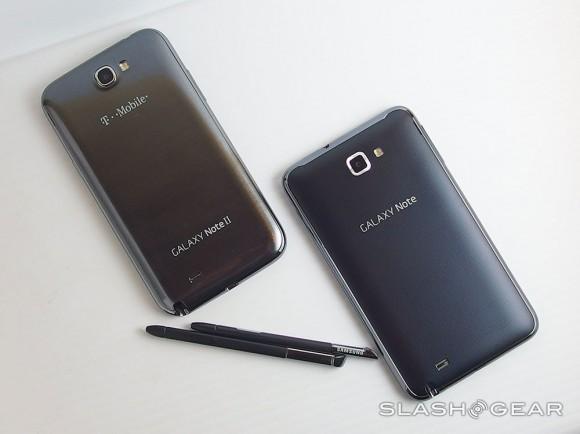 A back-facing 13 megapixel camera with advanced photography software can be expected on both the Galaxy S IV and the Galaxy Note III. At the moment there’s no reason to believe that the Galaxy Note III will have anything less than the Galaxy S4, and as in the past, we’re not expecting the Note to out-do the S hero in this respect. The front-facing camera will also likely be the same on both devices at 2 megapixels – with 1080p video capabilities on both sides. 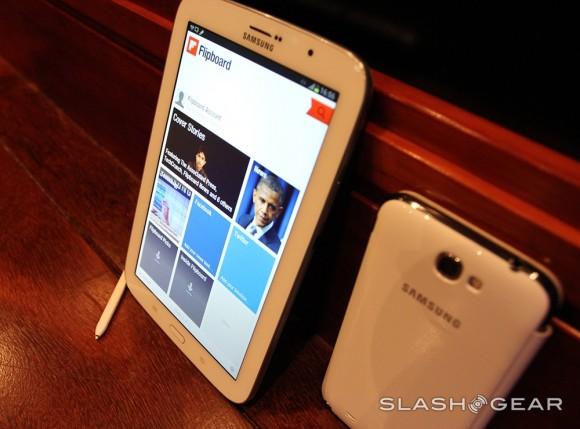 One of the two big differentiators between the Galaxy S4 and the Galaxy Note III will be the built-in S-Pen that the Note is known for. We’re expecting abilities advanced beyond what we’ve seen on the Note II, but won’t expect the actual hardware to be much different from what we’ve seen on the Galaxy Note 8.0 just this past month at MWC 2013. Have a peek at our hands-on with the Note 8.0 to grab a bit more insight – one of the biggest changes will be the ability to tap the back and menu buttons off-display with the pen – neat!

The big decision you’re going to be making – when it comes down to it again – is how long you’re willing to wait for Samsung’s 2013 vision for the perfect smartphone. You’ve got the Galaxy S III and Galaxy Note II out on the market already – both of them perfectly capable machines in their own right, but you want to go forth and grab the next big thing. Based on what you see above, expect similar (or identical) features on these devices in the near future when they’re shown off for real – check back a week from now and see how we did!