The Samsung Galaxy S22 Ultra appears today via DigitIn and OnLeaks. Imagery appears to be sourced from the same place as earlier OnLeaks leaks, suggesting that we’re looking at what’s VERY likely a near-complete end product Samsung device. Imagery will have been produced by OnLeaks using schematics and design layouts created by sources close to Samsung in preparation for the release of the device in question.

SEE TOO: Galaxy S22 leak tips the best of both worlds: So long as it’s flat

The Samsung Galaxy S22 Ultra appears here with a slightly curved-edge display panel up front – but not quite so sharp around the left and right as we’ve seen in some earlier Galaxy S device. The body of the phone, if we look at the top or bottom, appears like an elongated pill-shape. This allows for a sensible space for the S Pen at the left-hand bottom of the phone.

NOTE: This makes the shape of the phone and the placement of the S Pen exceedingly similar to that of the Galaxy Note 20. Where past Galaxy Note devices had the S Pen on the right, the Note 20 had said stylus on the left – and here it remains. 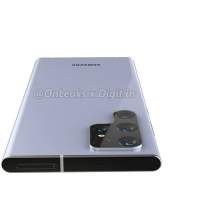 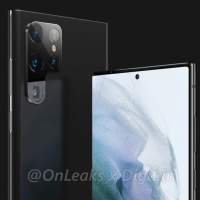 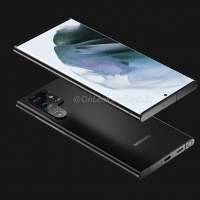 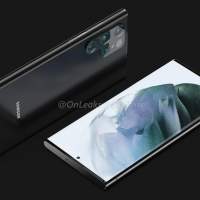 Here the device has four rounded corners, but rounded at angles that nearly reach the corners of the device. In other words, the corners aren’t comically round.

The Galaxy S22 Ultra that appears here has a P-shaped backside camera array. This collection of lenses and sensors likely eclipses that of the Galaxy S21 Ultra and includes a ToF/Lidar 3D scanning apparatus for advanced photography and augmented reality applications.

It’s suggested by the source of the images that this smartphone will be released on October 21, 2021. This is fairly unlikely, given the date of the last half-decade of Galaxy S devices. It’s more likely that Samsung will reveal and release the Galaxy S22 Ultra (and other Galaxy S22 devices) in January of 2022.