This week the Samsung GALAXY S 4 has been revealed complete with a hardware design that’ll have the Apple-loving world baffled: it looks, at first, to be the same device as last year. With the Samsung Galaxy S III we had a device that introduced the nature-themed aesthetics of the Samsung universe still being used today on smartphones, tablets, and everything in-between. Now with the GALAXY S 4, we’re seeing that the company isn’t messing around with its winning design.

As far as specifications go for the hardware on the GALAXY S 4 as it compares the the iPhone 5, there really couldn’t be two more different devices. With the GALAXY S 4 you’ve got Android 4.2.2 Jelly Bean (the newest Android on the block) and the company’s own TouchWiz user interface working alongside and within. The iPhone, on the other hand, has iOS – the only version of the software that exists for the newest wave of Apple mobile devices. 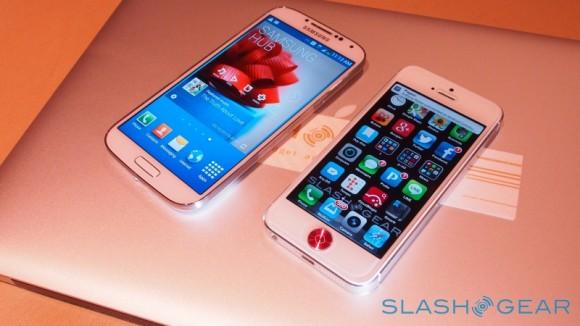 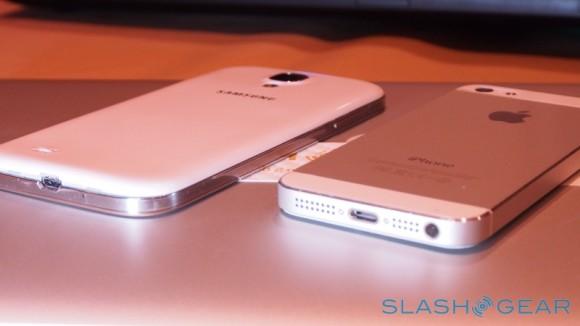 Both devices are, on the other hand, connected to the major apps across the board – Facebook, Twitter, all your social networking goodness, and more apps to send messages back and forth between any device than you’ll be able to ever experience. What this decision will come down to, for you, is whether you’re going to pick up a device with a massive display and Samsung’s brand on its back, or if you’re going to go with the other most popular smartphone in the world, Apple’s iPhone.

Have a peek at the timeline below for more information on the brand new Samsung GALAXY S 4 and remember to check the full iPhone 5 review out for just about as close-up a look as you’re going to get without purchasing the device for yourself – and let us know what you choose!