Samsung’s Galaxy Note 7 shipping dates span from late August to mid-September, depending on the carrier each user chooses. This includes each of the major carriers, the lot of which each have their own end retail price for the smartphone. For instance, ordering a Blue Coral 64GB edition Galaxy Note 7 from T-Mobile USA will cost a user $849.99 USD. If that same smartphone with Verizon connectivity were purchased – 64GB edition, Blue Coral Galaxy Note 7 – it’d cost $864.99 USD. Strange how that works.

Users aiming for the AT&T version of the Galaxy Note 7 (64GB edition, in Blue Coral), will be paying $879.99 USD. That’s one price, outright – not on a payment plan. SEE OUR: Galaxy Note 7 first-impressions and hands-on That’s the same for both of the prices quoted above – both also have individual payment plans with different end-prices available as well. See our extensive Galaxy Note 7 pricing article to learn which carrier has what, and what’s best for whom.

NOTE: No one color costs more than the other. I just want to be clear – no matter where you want a Blue Coral Galaxy Note 7, you’re going to have to check pricing. 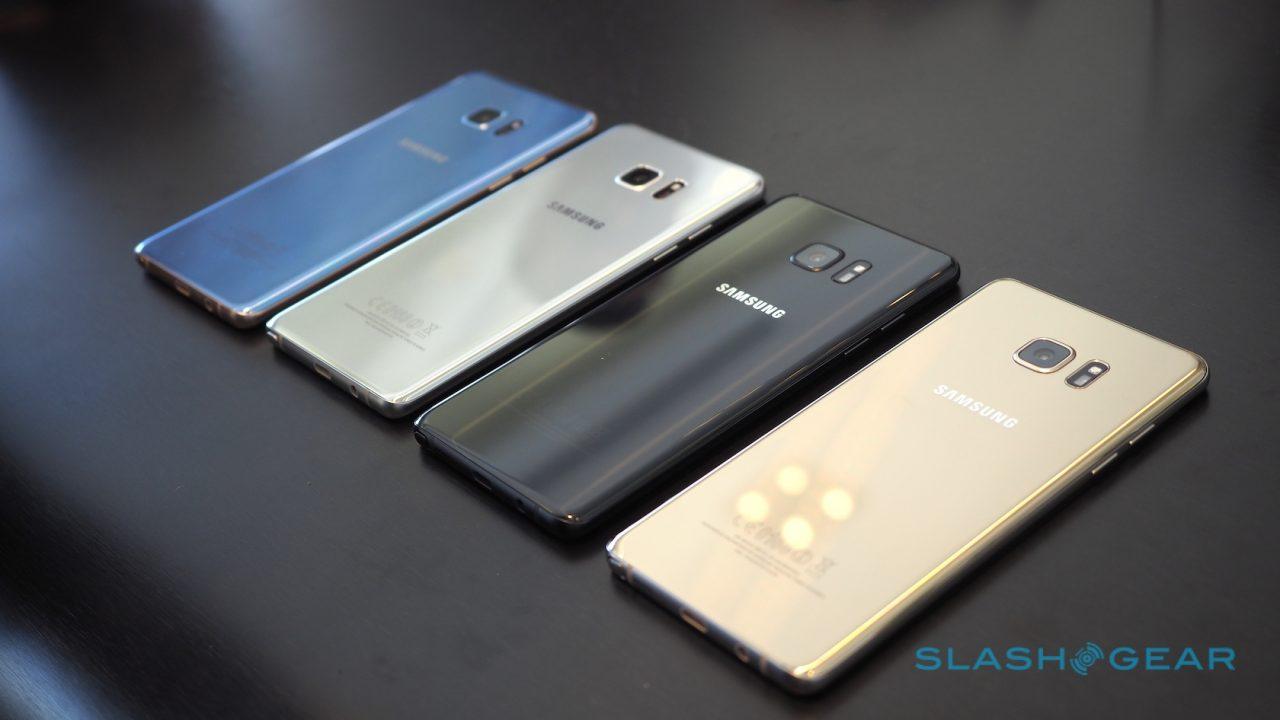 The Galaxy Note 7 is set to be shipped to pre-order customers in late August for T-Mobile USA customers. Those that are ordering from AT&T or Verizon will find the device shipped in mid-September. We’ll let you know exact release dates and in-store availability once they’ve been revealed!

UPDATE: AT&T, Verizon, and T-Mobile USA customers will very likely see the device in-store on August 19th. Pre-order shipments may also be arriving earlier than that!

Those users that’ve been waiting to purchase a new smartphone until the Galaxy Note 7 was revealed are also considering sticking with a Galaxy S7. This device will cost users between $672.99 USD (with Verizon) and $694.99 USD (with AT&T). That’s the 32GB internal storage size edition of the device – there’s also an unlocked edition available straight through Samsung for $769.99 USD, also with 32GB internal storage.

Have a peek at our Samsung Galaxy S7 Review to see how working with this slightly more reasonably-sized device works for the average user.

The Galaxy S7 Edge 32GB edition – very similar to the Note 7 in size and edginess – will cost users right around $780 USD off-contract. There’s no S Pen with that one, and the internal storage size on that price is 32GB.

For a look at this device, have a peek at our Samsung Galaxy S7 Edge Review. It gets wet!