The Note 3’s soft-touch, leather-effect back panel gets carried over and enlarged for the 2014 Edition tablet, making for a machine that’s easier to hold and should be a little less slippery in the crook of your arm. We’ve seen Samsung’s WQXGA display technology used to great effect on the Nexus 10 before, and it does just as well on the Note 10.1 2014 Edition. Broad viewing angles, smooth text, bright colors, and strong backlighting are all onboard.

Then there’s the stylus itself. Samsung and Wacom have increased the sensitivity for this generation of Note series, to the point where there’s a noticeable improvement in the inking experience side-by-side with the older models. The digital ink flows more smoothly, and it’s easier to write tighter cursive and do more detailed sketching without having to zoom in. 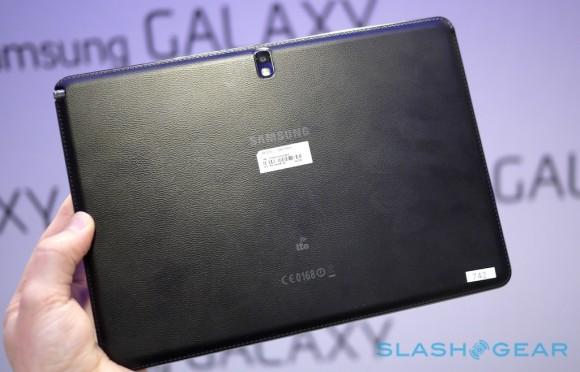 Size-wise, Samsung’s continued use of plastic rather than metal keeps the weight down – 535g for the WiFi-only model – and the slate is slim at 243.1 x 171.4 x 7.9 mm, but it still doesn’t feel as premium in the hand as a metal-bodied tablet such as an iPad. It’s flex-free, mind, and doesn’t exactly feel delicate.

Inside, the processor running Android varies depending on what connectivity boxes are ticked. The WiFi-only model, and the 3G version with 21Mbps HSPA+ support, get Samsung’s own 1.9GHz Exynos Octa with its eight cores (albeit only four of which are ever active simultaneously). The LTE version, which has CAT4 support for faster downloads (network depending), has a 2.3GHz quadcore instead. Both get 3GB of RAM to play with, and either 16GB, 32GB, or 64GB of internal story matched up to a microSD card slot.

Other connectivity includes WiFi a/b/g/n/ac (2.4/5GHz), Bluetooth 4.0, and USB 2.0, along with MHL 2.0 HDMI. There’s GPS/GLONASS, an accelerometer, gyroscope, digital compass, and light sensor. An 8-megapixel back camera with autofocus and an LED flash, and a front-facing 2-megapixel camera, round out the key specs.

As on the Note 3, when you pull out the S Pen you get the new Air Command menu, with its five options for Scrapbooking, taking handwritten notes with smart shortcuts into the dialer, browser, Google Maps, and other apps, and Pen Window for floating secondary apps on top of the main screen. We’ve detailed Air Command in full in our Note 3 hands-on, so head over there for full details. 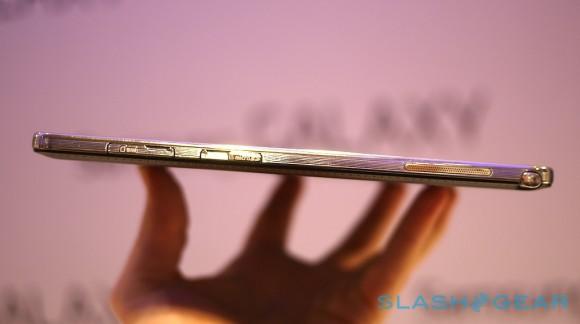 You also get Samsung’s new My Magazine app, powered by Flipboard, which shows different news sources as well as social network shares split out by category. It’s an obvious strike back at HTC BlinkFeed, though of course HTC lacks a tablet in its current range.

Samsung says the Galaxy Note 10.1 2014 Edition should launch globally from Q3 2013, in white and black. Pricing is yet to be confirmed.