Some of the first cases for foldable smartphones have been revealed, and there’s a fair chance the beautiful, slimline handset you just spent $2k or more on will be left a lot less visually pleasing. The folding phone battles started earlier this month, when Samsung debuted its Galaxy Fold alongside the Galaxy S10.

Huawei then fired back, bringing the Mate X to Mobile World Congress 2019 this past week. Though probably the most polished of the foldables we saw in Barcelona, it certainly wasn’t the only one. Numerous companies brought along prototypes, or confirmed that they, too, were planning to embrace the form-factor.

That’s all well and good, but the reality is that many people aren’t going to want to take their folding phone out unprotected. With the Galaxy Fold coming in at just shy of $2,000, and the Huawei even more expensive, that’s a lot of flagship cutting-edge technology to risk dropping or scratching. Making it even more perilous, the plastic foldable screens are going to be far more susceptible to scuffs and gouges than the glass panels we’re currently used to.

That means a case is probably on the horizon for many owners, and therein lies a problem. While styles vary, modern smartphone cases typically only have to accommodate a candy bar style slab. A folding phone, though, needs to flex in order to house – and protect – a device that can change its shape. 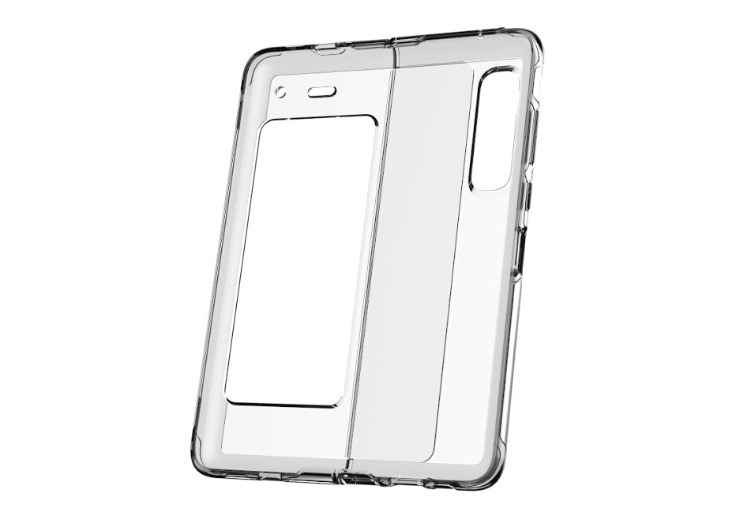 Judging by the mock-ups case-maker Spigen has shared with The Verge, the “shape changing” aspect is fine, it’s just not guaranteed that the result will look especially pleasing to the eye. It has three prototype designs for the Samsung Galaxy Fold, apparently created using digital models of the upcoming smartphone based on Samsung’s own dimensions. As usual, there’s a balance to be made between how much protection you get, and how discreet your case is. 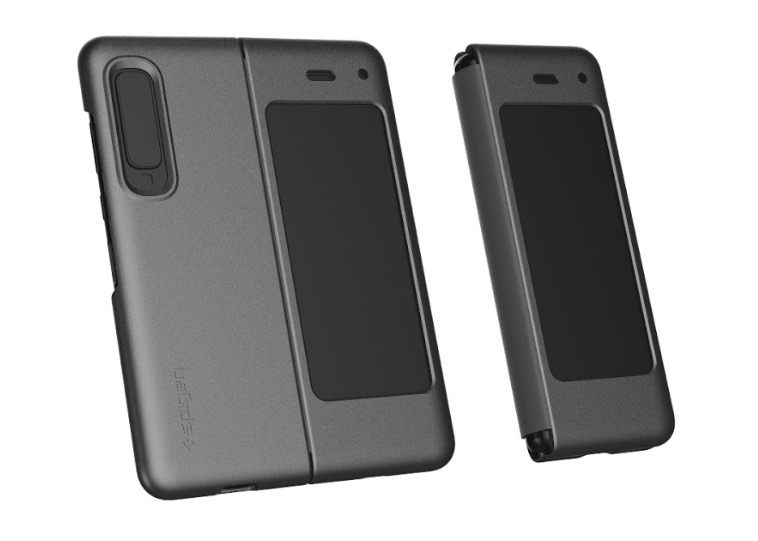 At one extreme, there’s the Spigen Thin Fit for the Galaxy Fold. That’s a skinny grey case, with a cut-out on one side for the smartphones external screen, and a smaller notch on the opposite side for the rear camera. The hinge looks to be a flexible piece of plastic, which stretches out to join the two halves as they clip to each section of the Galaxy Fold.

There’s also the Spigen Ultra Hybrid. That’s transparent, and has the same sort of cut-outs as the Thin Fit. The clear finish seems like it will be popular: after all, one of the design features Samsung is highlighting is the colorful covers of the Galaxy Fold and the contrasting hinge.

Finally, and for those who demand the most protection, there’s the Spigen Tough Armor for the Galaxy Fold. That’s definitely going to add some bulk, and uses what the company says is a “special constructive structure” so that it both bends and protects. It’s going to make for a super-chunky smartphone overall, though.

Indeed you have to question whether the style argument will win out over the protection argument. Certainly, nobody wants their brand new gadget to break, but when you’re an early-adopter of a folding smartphone you’re also putting aesthetics to the fore as a primary reason for purchase.

Spigen undoubtedly won’t be the only company releasing cases for folding phones – indeed, Zagg confirms that it, too, has intentions on the segment – but it may take some time before the perfect design arrives. Meanwhile, Samsung, Huawei and others are likely working on their own, in-house designs, though whether they’ll be any more successful remains to be seen.