It’s time to take a peek at the Samsung Galaxy Camera once again, this time in its final form straight out of the crate, the shipping materials, the box inside a box, and the wrapping. This device is essentially a two-in-one device, with all the looks and functions of a digital camera but with the ability to connect via a SIM card and use all manner of Android apps with the giant 4.8-inch HD touchscreen display on the back. Here in its final form we’re ready for some sweet high definition action as well as full Android app control.

The device is ready to rock right out of the box, with its pop-up flash and full 21x optical zoom, 16-megapixel camera up front. Normally we’d say that the camera on this side of the device is on the “back” of a smartphone, but because this device is first and foremost a camera, it’s now the front. The “back” then brings on a brand new user interface built on Android – but here with a mind for photography.

The user interface is quote different from what you’re going to see on a Samsung Galaxy S III with a brand new interpretation of Android allowing you to quickly access mainly photography-centered apps easily. The apps you’re using here we’ll be having a closer look at in the full review, of course. For now we can say this: they’re just as impressive as they were way back at IFA 2012 when we got our first look at this device. 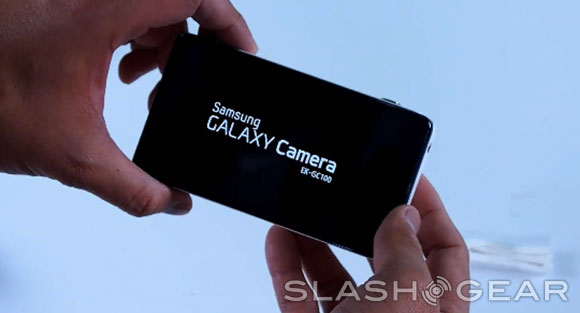 This device has extremely simple physical controls around its sides and a single speaker on one side. Samsung certainly expect you to be using the touchscreen interface here primarily with only the most basic reliance on the physical buttons – as it is with a smartphone. Note also that this isn’t a device that’s mean to replace your smartphone, instead acting as a replacement for your everyday point-and-shoot camera. 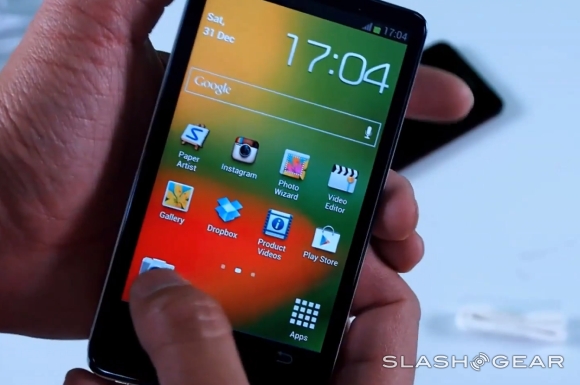 Now we’ve got to decide if it makes sense to add another device to our pockets since we’ve been using nothing but the smartphone for such things for some time – we’ll see!