Samsung Exynos 1080 gets an unveil date – What we know

Samsung plans to show off its next homegrown smartphone chipset on November 12, promising new Exynos details for a fresh high-end processor. Although Samsung’s flagship Galaxy phones typically use Qualcomm’s Snapdragon chipsets in North America, versions of the handsets sold in Europe and Asia typically use Samsung’s own chips.

That’s pushed the company into an unusual spec war of sorts with Qualcomm, trying to keep at least some degree of parity between what it uses in devices on one side of the Atlantic with those on the other. In the Galaxy Note 20 Ultra, for example, some markets get the phone powered by the Snapdragon 865+ while others use the Exynos 990. 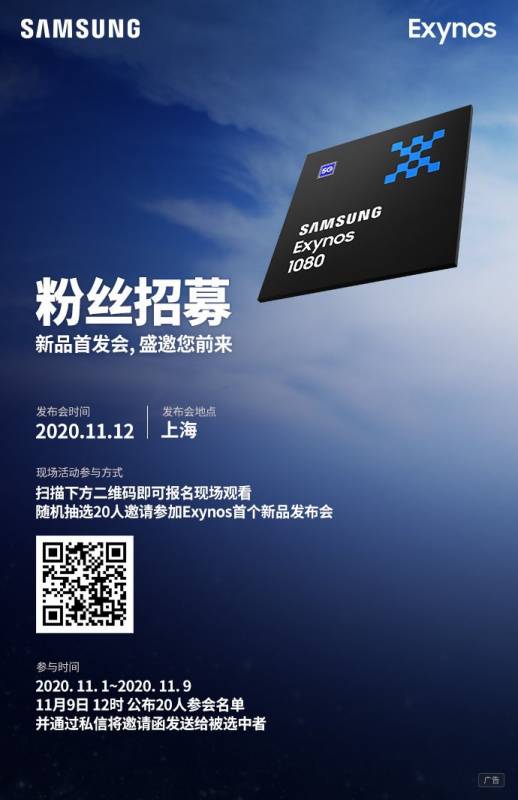 Instead Samsung is expected to position the Exynos 1080 as a mid-high range chipset. Think more along the lines of new versions of devices such as the Galaxy A71 5G and Galaxy A51 5G. They currently use the Exynos 980.

In terms of hardware specifications, we’re likely to see ARM Cortex A78 CPU cores, combined with the Mali-G78 GPU. There’ll be 5G support, of course, given Samsung has been aggressive in shifting its line-up of phones to support next-generation networks across a broad swathe of price points. That’s arguably only really financially possible when it builds some of the chipsets itself.

Where we’re not expecting the Exynos 1080 to show up is in the Galaxy S21 family. Samsung’s upcoming flagship smartphones are expected to mark a fairly sizable change in design language, shifting away from the aesthetic we’ve seen the company use over the past few generations – and, for that matter, echo in the Note family too.

Usually, we’d be waiting until around March to see what Samsung actually does have planned for a new Galaxy S device. This time around, though, the rumors peg a much earlier launch. Indeed it could even be as soon as January or February 2021, as Samsung attempts to double-down on its recently established lead in global smartphone sales.