Samsung AR keyboard tech has you twiddling your thumbs

Samsung has developed a new virtual keyboard system that uses augmented reality and twiddling your fingers to replace physical keys, mapping the button layout to different points on the finger. The technology, revealed in a Samsung patent filing, places a dynamic key map over different sections of the fingers, and then relies on a camera to spot which is selected by the user’s thumbs. The keyboard could have applications for wearable devices, like the rumored “Samsung Galaxy Glass” tipped to arrive sometime this year, or for alternative text-entry on tablets and phones.

According to the filing, different layouts could be provided depending on the choice of language, whether gestures were supported, or even if one or both hands were in view. With a single hand, for instance, the letters could be clustered three to a finger, like T9 on a traditional cellphone keypad. 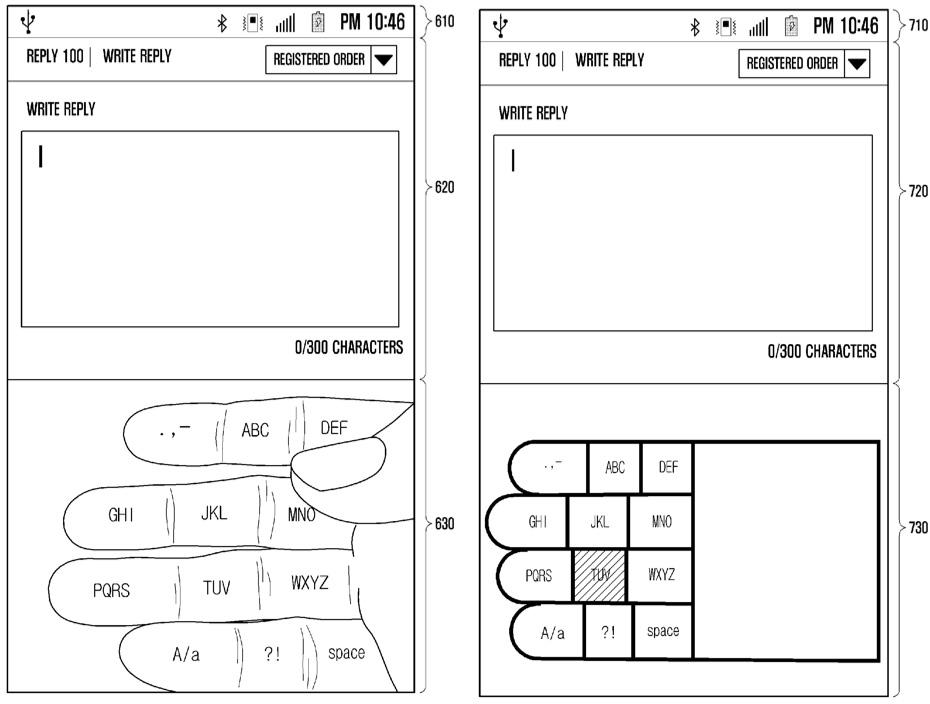 However, with two hands, each letter could get its own spot across the fingers. The user could either imagine the letter labels or see an on-screen representation of them (though not actually block what was showing on the display by tapping it with their fingers); alternatively, if a headset supporting augmented reality overlays – as with Epson’s Moverio – was used, key legends could be virtually presented on top of each respective point. 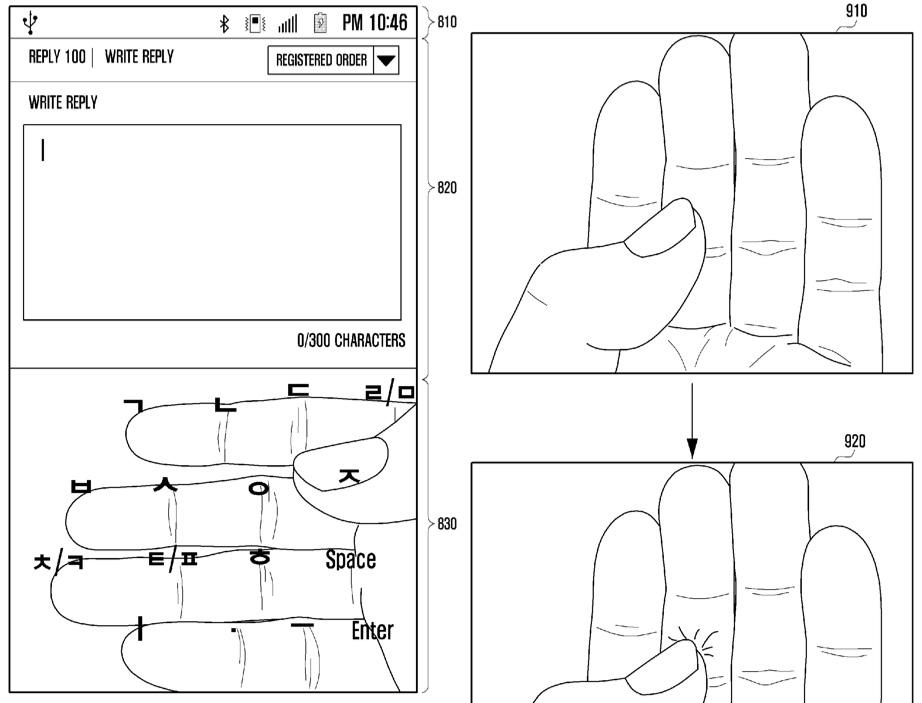 Text entry on mobile devices has become a tricky issue over the past years, with various ways to address input on smaller screens being attempted. Voice control has struggled at times with accents and obviously can be intrusive in certain social settings, while projected “laser keyboards” give poor finger-feedback and failed to catch on.

Samsung’s idea would certainly be squishier to the fingertip than the average desk, though whether wriggling your fingers is more socially acceptable demands to be seen, should the company ever choose to commercialize it. 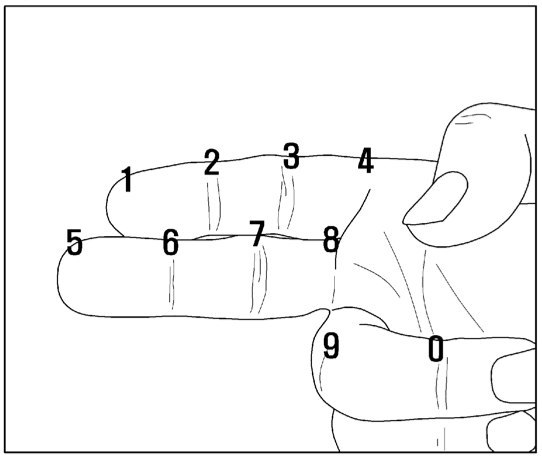 Keeping a camera perpetually active in order to track the finger movements could be costly in terms of battery life. However, while that’s the approach Samsung is taking initially, it’s not the only way to keep an eye on what each finger is doing.

Thalmic Labs’ Myo bands, for instance – which reached developers recently, and were promptly hooked up to industrial robots, Oculus Rift, and more – strap to the arms and then track movement and muscle activity, down to individual finger movement.

It’s unclear at this stage whether that would deliver sufficient accuracy to tell whereabouts on the finger was being moved, as per Samsung’s keyboard tech, though a low-power Bluetooth peripheral of that sort would certainly be more frugal than a camera.