iRobot is launching a new Roomba, and a new brain for its domestic robots, aiming to make domestic help in the modern smart home both smarter and more reliable. The Roomba j7+ will be the first robotic vacuum to launch with iRobot Genius 3.0, and the company promises that it’ll be capable of avoiding those nightmare moments where animal mess gets dragged around the home.

“It’s time that consumer products got more thoughtful in how they operate,” Colin Angle, iRobot CEO, explains. “We have these new tools: AI, machine learning, Object recognition. How about we put these new technologies to work to create products that feel like partners rather than just tools?” 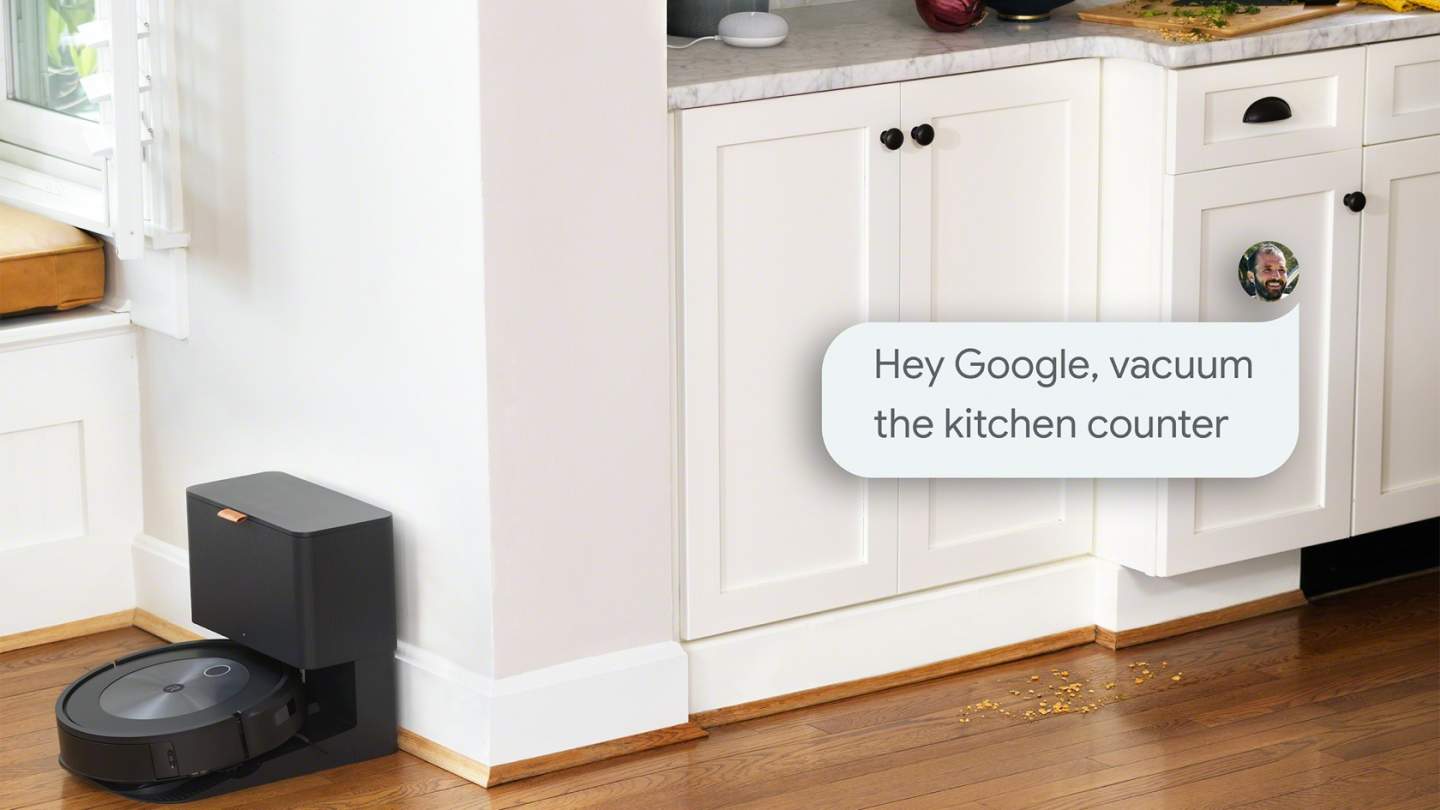 The answer is the Roomba equivalent of Asimov’s three rules, only focused on making domestic robots a little less obtrusive. Devices in the home should respect it, avoid frustration, and respond to preferences rather than demand specific programming, Angle argues. That might mean a moratorium on noise during a set nap-time, giving accurate clean time estimates before a job is started, and aligning options to what’s actually achievable.

Some of that is based around more streamlined setup: not offering you smart speaker integration if there’s no smart speaker available, for instance, or offering a range of ways to figure out whether you’re home or away including geofencing, alarm or garage door status, or something else. Notifications should be consistent, too: neither too vocal to be annoying, nor too obtuse that you don’t know what’s going on in your home. 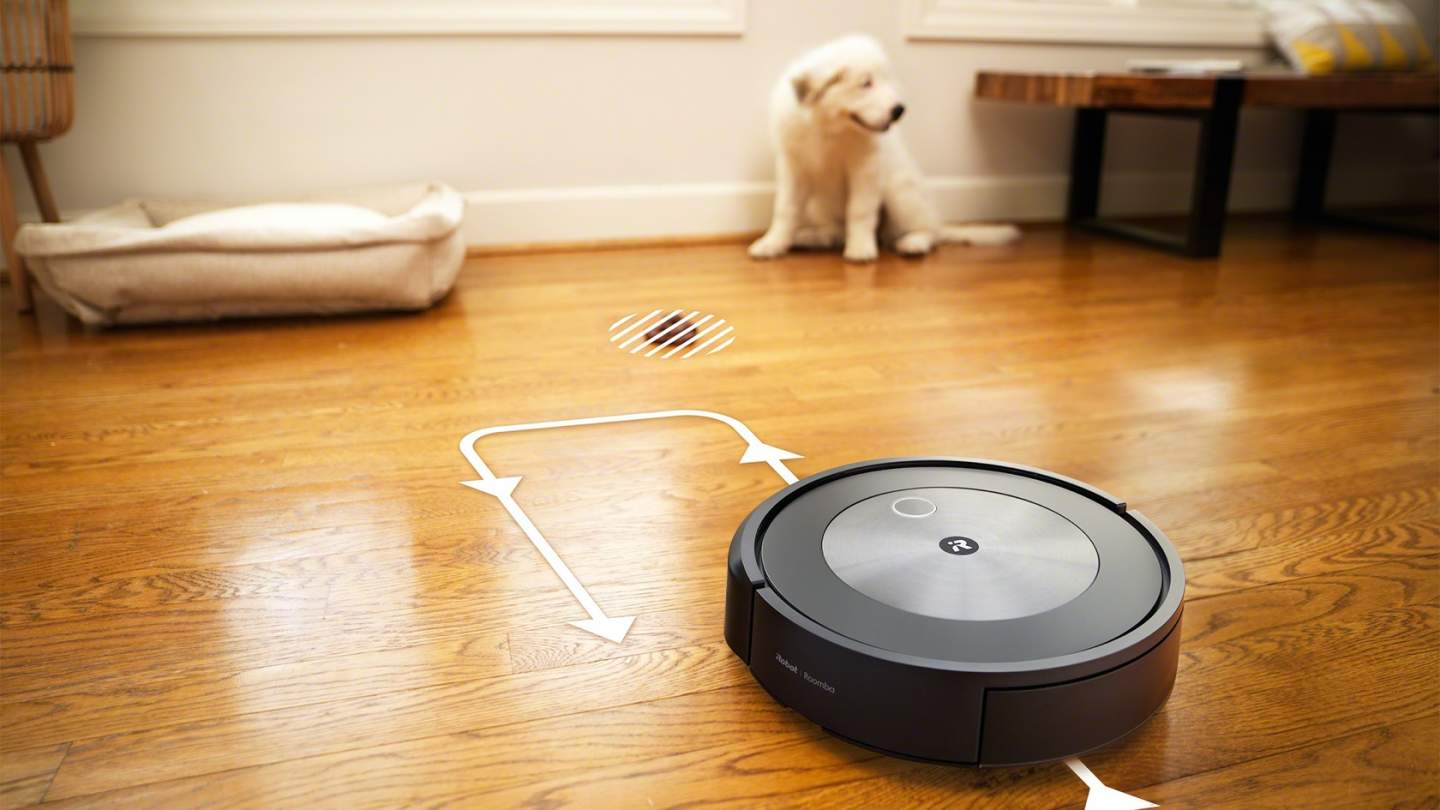 Perhaps most promising is the roadmap for collaborative robot learning. iRobot’s recent models have been able to build real-time maps of the home, and have them organized into different rooms. Genius 3.0 paves the way for things like automatically adding keep-out zones and auto room-labeling. Robots will be able team up, eventually sharing maps so that there’s a single, consistent home map within which different models can coexist. Rather than a new Roomba needing to do all its own mapping from scratch as you set it up, it’ll be able to borrow the homework of existing robots.

Not all of this will be ready for iRobot Genius 3.0, mind. Continuous learning will be in – it’ll be v3.1 where collaborative mapping is added. Key is that the new software will be a free update to all current iRobot users, as well as part of new models like the Roomba j7+ also announced today.

Similar to the existing Roomba i7+, the new Roomba j7+ adds a few key features – most notably in how it promises to avoid unpleasant smearing of pet “surprises” left outside of a litter box. iRobot backs it up with what it’s calling the Pet Owner Official Promise (P.O.O.P.): the company will replace any Roomba j7+ that doesn’t avoid solid pet waste. 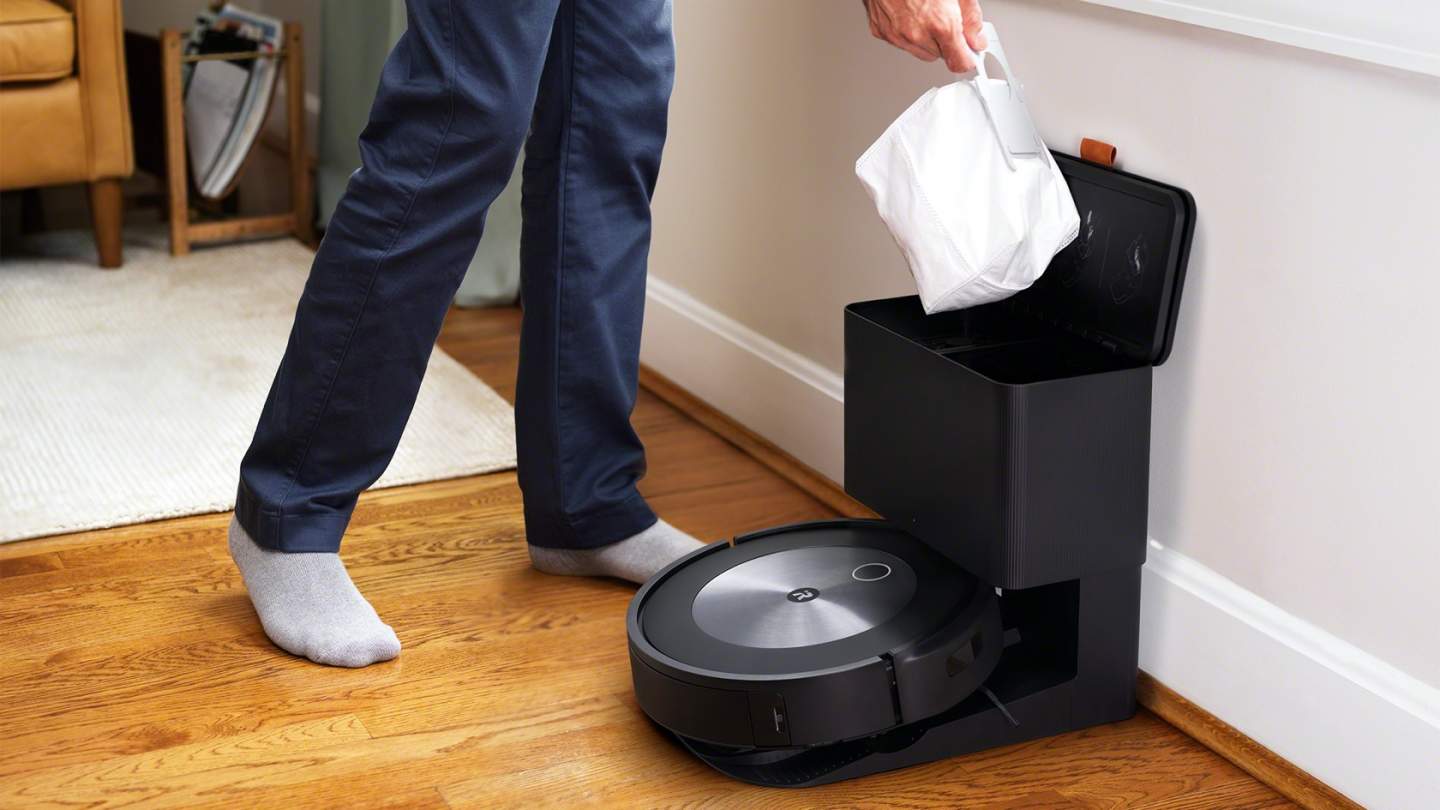 To do that, there’s now a floor-facing front camera, along with more onboard processing power for object recognition. In the case of pet poop specifically, iRobot apparently trained its system on hundreds of models; part of a 1m overall image data set that includes everything from cables and docks, through shoes, socks, and more.

iRobot is taking a fairly cautious approach to rolling out that obstacle avoidance – shoe and sock detection, for example, won’t be added until a firmware update later this year – and at launch the Roomba j7+ will be able to spot and bypass cables, docks, and pet waste. Key, it’ll also tell you when that happened, including a photo of the offending item. You can then tidy up the cord and easily send the robot back to finish the job, or set up an exclusion zone for future jobs. 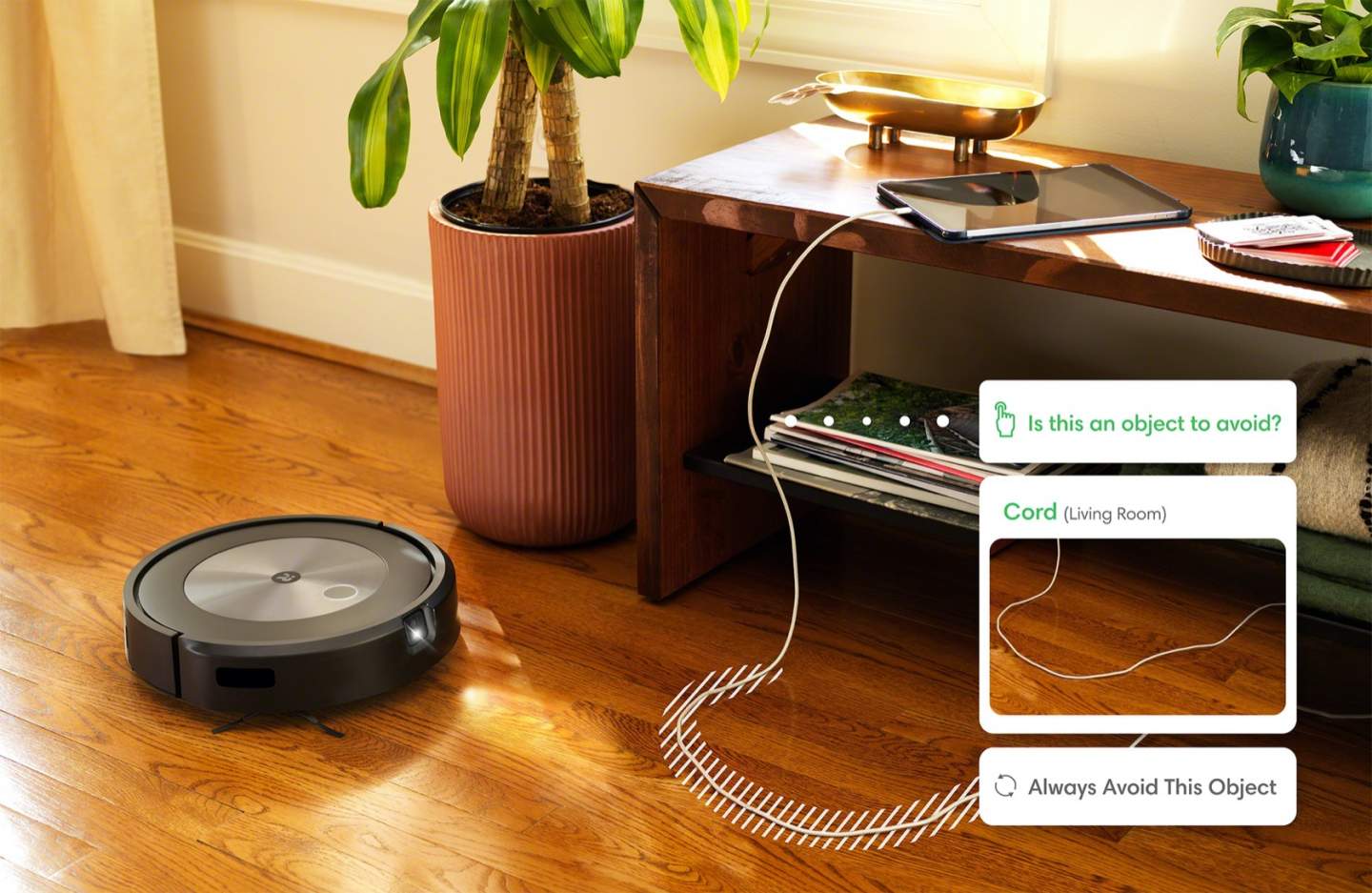 At the same time, how the Roomba operates in the home is designed to be more elegant. That means more effective cleaning around the edges, iRobot promises, and either avoiding a bump with objects or slowing down to make it a more gentle one. The Clean Base – which can empty the Roomba j7+ after a job, and hold about 60 days’ worth of dust and dirt – is a little more stylish than before, and lower profile, so it’s more likely to fit under a table. A hidden storage compartment has space for a spare bag.

Practically speaking, on-Roomba controls are now easier, with just one button. Everything else is handled via the iRobot app. Battery life is around 90 minutes, and there’s the same smart mapping and easy zone creation that makes it straightforward to dispatch the Roomba j7+ to a specific location – including by voice with a connected smart speaker.

The Roomba j7+ is available to order now, priced at $849 including the Clean Base Automatic Dirt Disposal. It’ll also be available without the vacuum base, for $649.