Ring end-to-end encryption goes global: How to turn it on

Ring is switching on end-to-end encryption for video worldwide, adding extra security to its camera and video doorbell streams. The expansion follows Ring’s technical preview of encryption that launched earlier in the year, though which at the time was only available to users in the US.

It means that, not only will Ring videos be encrypted when they’re in the Amazon-owned company’s cloud storage, and when they’re being uploaded to that cloud, they’ll also be encrypted as they stream to users’ mobile devices. Only enrolled phones, tablets, and other devices using the Ring app will be able to access the streams or recorded footage.

End-to-end encryption will be optional, Ring says, and users will be able to leave it turned off if they prefer. You’ll also need an eligible E2EE Ring device, and either an iPhone running iOS 12 or above, or an Android device running OS 8.0 or above. 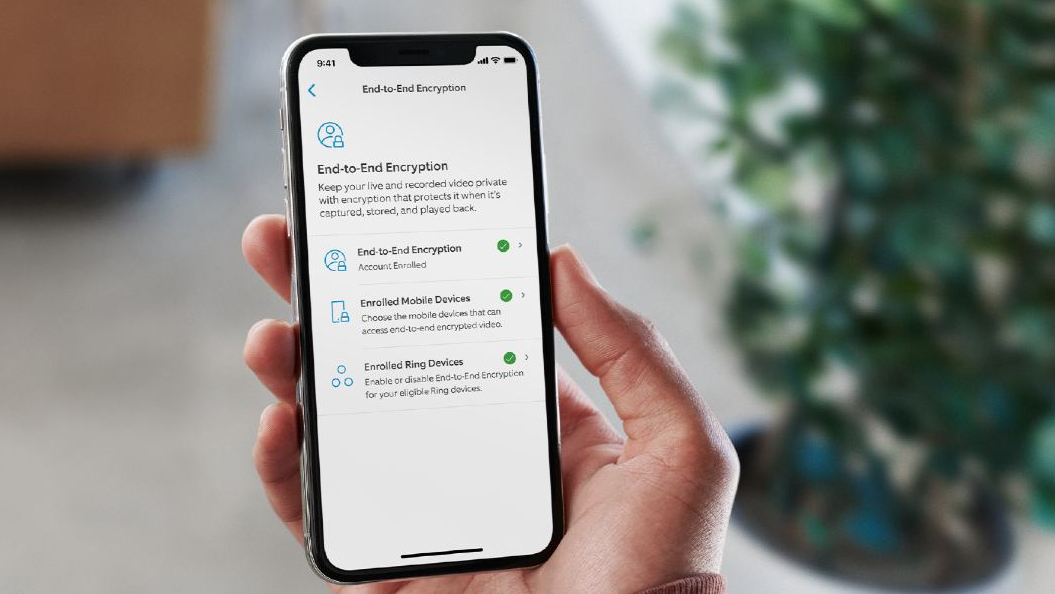 At the moment, 13 different Ring models support the new encryption. That includes:

It’s worth noting that, while everyone else can get E2EE, at the moment it’s not supported in Belgium. It’s also not compatible with Ring’s battery-powered models. If you have a video doorbell or a camera that runs from a battery rather than mains power, that won’t support the encryption. Neither do the Rapid Ring app, or Ring.com at present.

To switch end-to-end encryption on, go to the Control Center in the Ring app, then choose Video Management > Advanced Settings > End-to-End Encryption, and finally tap “Got it” on the disabled feature list.

Then tap Get Started, and follow the on-screen instructions. You’ll need to generate a passphrase, and Ring recommends either writing that down or saving it to a password manager. “If you lose your passphrase, you can’t enroll more mobile devices in E2EE, without starting over and re-enrolling,” the company warns. Also, you may lose access to E2EE videos that you have already recorded.”

Once it’s switched on, you’ll need to add mobile devices and Ring devices. Tap Resume Setup, and then you’ll be guided through both. Finally, you test the device, and that confirms E2EE is switched on. To disable it again later on, you can switch the option off in the Control Center.

Meanwhile, Ring is also adding new 2-factor authentication options. You can now use an authenticator app rather than SMS for that, which security experts generally concur is safer. There’ll also be CAPTCHA in the Ring app and Neighbors app, and Ring is planning to make it easier for used cameras to be wiped and transferred to new owners without needing to get customer support involved.