RedMagic Cyberpods might be the strangest looking earbuds yet

The RedMagic Cyberpods earbuds work with “Atmospheric Lights”. That means they’ve got red LED lights that show their wild logo bright and at-attention at the helm of both buds. The charging case in which they’re delivered also has a set of LED lights for good measure. RedMagic calls this a “cyberpunk light design” – not to be mistaken for the game Cyberpunk 2077, which is making its own fair share of cross-branded products. 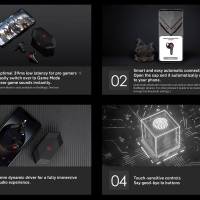 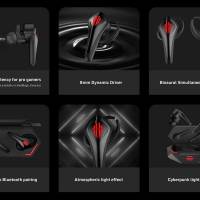 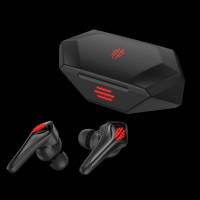 This set of earbuds works with 8mm Dynamic Drivers, “Binaural Simultaneous Sound”, and smart auto Bluetooth pairing, as they call it. These earbuds claim 39ms low latency audio “for pro gamers.” That low latency “Game Mode” is only available on RedMagic Devices – to make sure you’re fully on-board with the whole RedMagic suite of gaming machines.

These earbuds connect with “all kinds of smart phones” for basic Bluetooth audio, but you’ll find the most feature-rich experience with RedMagic devices. RedMagic suggests that these earbuds are “sound canceling” and work with “anti-sound leakage” but it does not appear that they include ANC.