This week is a the 2013 edition of the Red Bull Training Grounds tournament with a battle between some of the best StarCraft II gamers from around the world aiming at eachother’s hordes. What we’ve done is to take a peek at what’s under the hood of the gaming rigs that’ll be powering this tournament: Falcon Northwest Tiki, NVIDIA GeForce GTX TITAN, and customizations everywhere in-between. 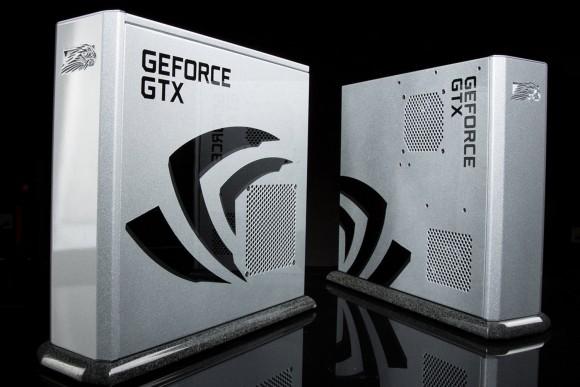 In SlashGear’s Falcon Northwest Tiki review from earlier this year, we had a look at the interior of this machine as well as its combination with the high-powered graphics card this Red Bull build is rolling out with. As you’ll see in this hands-on video, this device is extremely compact and made to be heavy duty – it’s “spared no expense” as a man in a movie about an amusement park once said.

NVIDIA is aiming to show the world what they’re made of with a crew like Falcon Northwest, making it clear that they’re not aiming for the budget-minded gamer out there in the wild.

Below you’ll also see a collection of inner bits and pieces of the gaming rigs they’re using – not exact replicas, of course, as this build is what SlashGear reviewed earlier this year with 3rd generation Intel Core processors, but close enough!