Consumers wearables like Google Glass may still be trying to find their feet, but industrial head-mounted displays look to be gaining momentum with word that “the other Motorola” has splashed its cash on Recon Instruments. The deal, for an undisclosed sum, sees Motorola Solutions help fund future head-up displays, durable headsets, and other hands-free tech that could find an obvious niche in the workplace.

Unlike Google, which is still in the development stage with Glass, Recon Instruments already has several wearables on the market. Rather than positioning them as for everyday use, however, they’re relatively task-specific: intended for skiers, cyclists, and those taking part in other types of sports.

Each shows metrics like speed, direction, and basic notifications, and fit into different ruggedized headsets or goggles, on the assumption that users will be more concerned about functionality than they are about pure aesthetics. 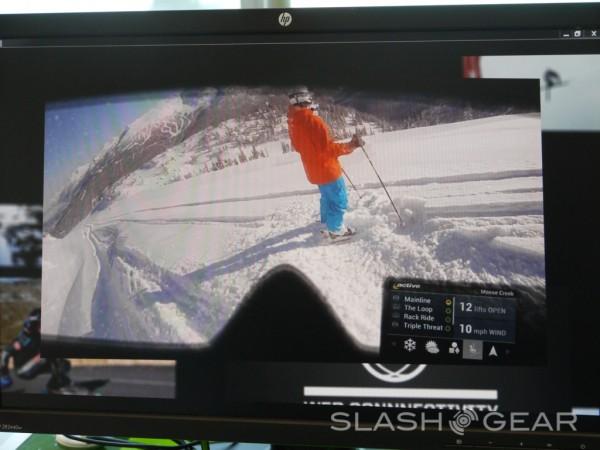 It’s a similar story about Motorola Solutions’ range of handhelds and tablets, which prioritize tough construction and task-specific features. The company already has a wearable in its range, in the shape of the HC1 based on Kopin’s Golden-i headset.

Recon’s HUDs could come in significantly cheaper than the HC1, however, which Motorola Solutions offers for as much as $5,000. In contrast, Recon’s Android-based wearable display is $399.

Intel invested an undisclosed sum in Recon Instruments back in September 2013. On both occasions, the company said it would use the investment to “accelerate product development and to ramp up global marketing and distribution.”