The strange title above appears because of the odd history of the “Razer Tomahawk” brand name. We’ve seen several iterations of the Razer Tomahawk, the name Razer’s used for a few different gaming PC chassis and related systems – but it is only now, here in the Fall of 2020, that Razer seems to be ready to release a pair of Tomahawk products to the public.

Some of the most interesting bits and pieces we’ve seen in the Razer Tomahawk products revealed in the past have made their way to these ready-to-roll consumer products. Both iterations of the Razer Tomahawk shown today have ventilated top exhaust systems for max airflow, removable HDD/SDD trays, front-panel USB-C port and support for an up-to 360mm radiator.

Both units work with “Suicide Tempered Glass Side Panels.” That means they open like suicide doors on an automobile, as if the PC’s front side were the side that was traveling forward on the road, so opening the doors in this way would be suicide for the driver. Both units have illuminated Razer THS logos up front, with Razer Chroma Underglow (LED lighting). 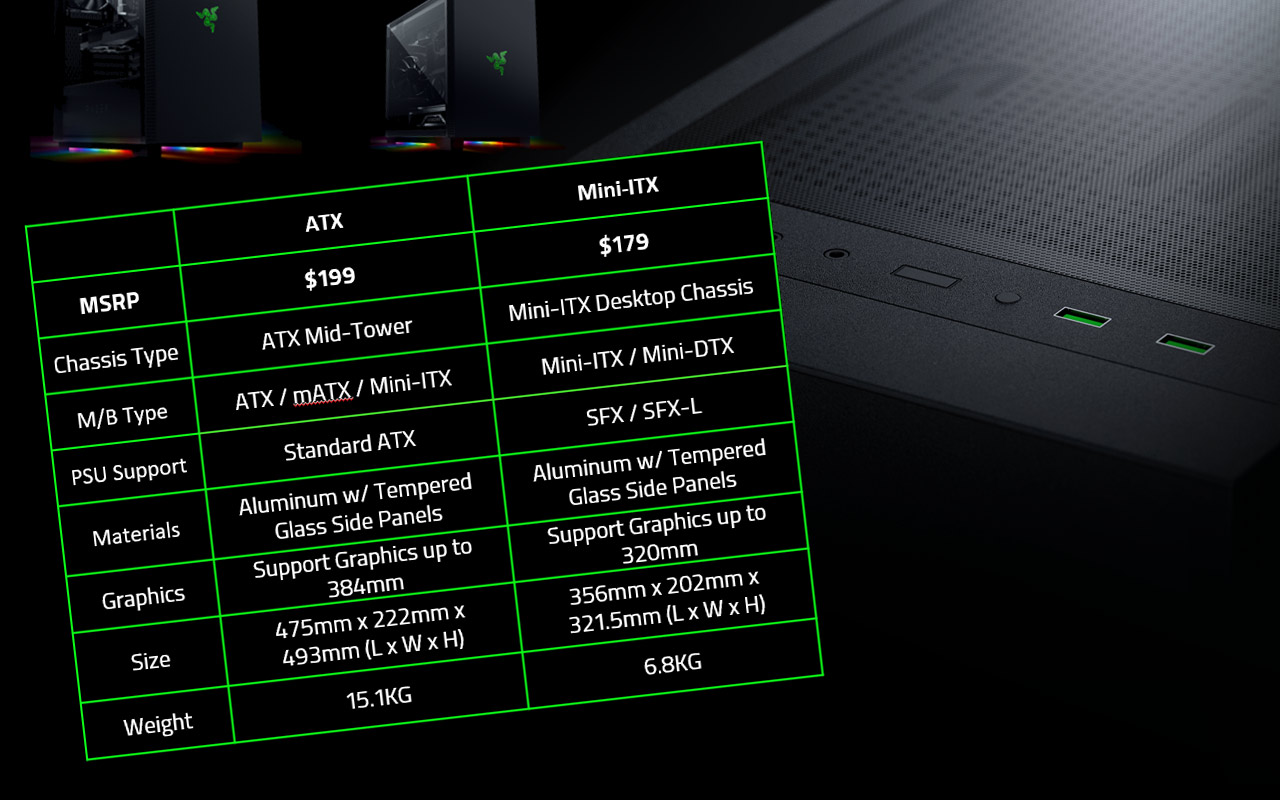 Above you’ll see the specifications of the two units that’ll be released in the Fall of 2020. Cross your fingers they’ll be available for purchase with the greatest of ease. 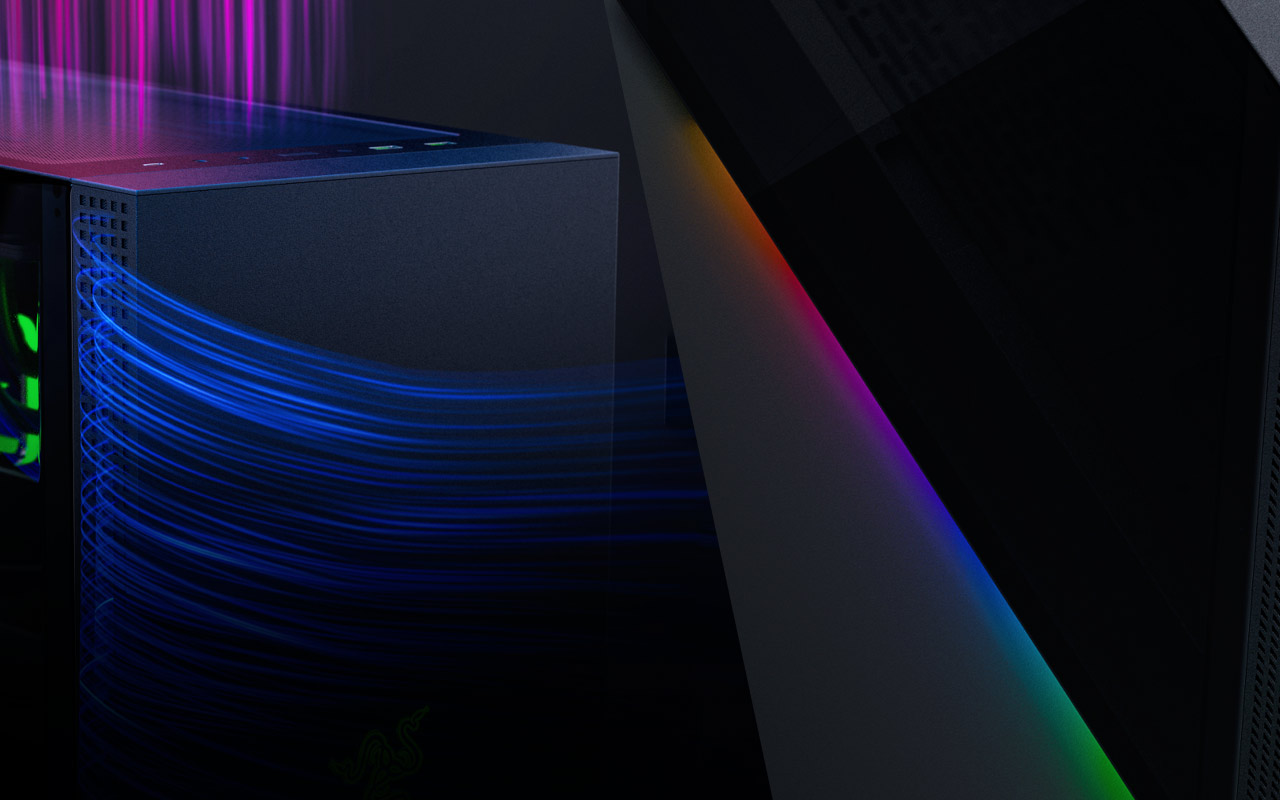