Qualcomm’s AllJoyn: Evangelizing the Internet of Everything with Rob Chandhok

This week we had a chat with Qualcomm’s Rob Chandhok about AllJoyn and the future of the company working in the open source universe to make the fully connected future possible – an Internet of Everything. He spoke specifically about small building blocks: connection points and features that have the best chance of ensuring the future is able to continue to connect with each new device of the day as one of the most essential elements in the AllJoyn platform. This approach allows the end user experience on a refrigerator or a washing machine, for example, to work through its whole lifespan – ten year or more, with devices we’ve not even dreamed of.

Rob Chandhok has a rather impressive selection of titles at Qualcomm, including first and foremost being the President of Qualcomm Internet Services. Chandhok is also President of the Qualcomm Innovation Center, Inc., as well as the Senior Vice President of Qualcomm Technologies, Inc. – and our talk with him this week comes via Barcelona, where we’re exploring the globe’s greatest new wireless bits and pieces courtesy of Mobile World Congress 2013. Chandhok was keen to speak about the reasons AllJoyn will be an important point of interest for consumers in the near future – and why the whole platform is open source.

Chandhook made it all clear: “If we work on a video protocol – we haven’t announced that specifically just yet, but you can see how the following to audio [which we’ve just announced] would be video – and I want to show slides, I would want it to be: If I’m in the same room as the projector, I want to have [wireless, instant] access to the projector. We think we know how to do some of those experiences. But we also know that we’re not going to be the only people that do those sorts of experiences, and that’s why we want this to be an open platform.”

At one end of the equation there’s developers who Qualcomm wants to work with the AllJoyn platform and create amazing connected experiences. On the other end, there’s the hardware manufacturers that Qualcomm wants to be on board with integrating AllJoyn connectivity and functionality into their products – then everyone can connect. And the fact that this platform is open source is key from start to finish.

“It’s a little bit atypical for Qualcomm to say ‘here’s something that we’re going to open source,’ but if you heard Paul Jacobs yesterday in his keynote, he was very clear about how committed the company is to the open source platform. And the reason is simple. For Qualcomm, it’s more useful for things to be connected. It’s really straightforward.” 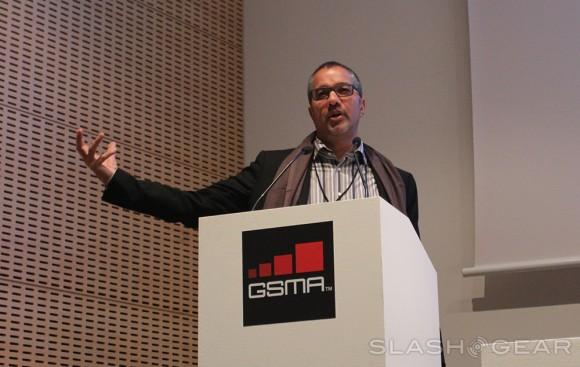 Chandhok made it clear that if a developer were to want to create a project using AllJoyn on a competitor to Qualcomm’s hardware, and said to him (representing Qualcomm) “will you help me?” He’d have to say “no – I’ll give you a solution based on our products, I will differentiate and I will compete based on the quality of our product. But the ecosystem has to be open in order for there to be an ecosystem.”

Several sets of possibilities and were discussed as well, including the possibility of products hitting the market with AllJoyn integrated by the holiday season of 2013 – near the end of the year, that is. AllJoyn is being pushed as an ingredient brand, one that, like Bluetooth or NFC, is included in the list of awesome connectivity features a device has embedded. To make this reality possible with AllJoyn as a real technology on the market, the AllJoyn Alliance exists to first seek out and hook up with and help out hardware manufacturers as well as developers to integrate across the board.

Then comes marketing to the public, making the AllJoyn mark something that people will look for in products in many products – and not just televisions, speakers, and smartphones. Devices like refrigerators and ovens are being discussed by Qualcomm as being connected as well, all of this creating the Internet of Everything that’s quickly becoming a reality, here and now. While devices like refrigerators, they having a rather long lifetime in the wild, will see slower adoption of AllJoyn services, Chandhok made a very general guess – not quite a prediction – at AllJoyn proliferation in 2 to 3 years.

There’s a growing expectation out there now, noted Chandhok, by consumers that their devices will continue to become more intelligent – all of their devices, even the ones that’ve never really been all that intelligent in the first place. The simplest way to put how AllJoyn will take part in this expectation, Chandhok made clear, is ti make AllJoyn useful. “If it’s useful, users will want it. if it’s annoying, users wont want it.”