This week Qualcomm‘s CEO Dr. Paul E Jacobs let it be known that with AllJoyn technology and the company’s dedication to open source development, their newly promised Internet of Everything would become a reality. This chat was had during the Mobile World Congress 2013 set of keynotes entitled Vertical Disruption and had Jacobs letting the world know that it wasn’t a disruption he’d be talking about, it was a bit more positive angle on the whole situation. With the mobile universe advancing as it is today, Jacobs let it be known that wireless connectivity was in bloom, and AllJoyn was – and is – at the center of it all.

Speaking this week on the topic of Vertical Disruption in the mobile industry, Jacobs made it clear that “disruption” was too negative to be comfortable to go forth with. Instead it was Mobile Enablement that Jacobs decided to focus on. Qualcomm’s vision of a Digital 6th Sense was re-outlined as a user interface for the world – for the things in your life that don’t otherwise have one. 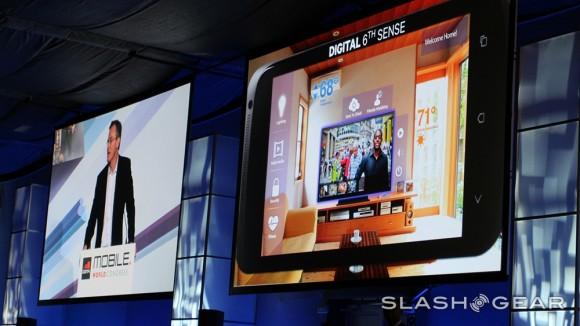 With this Digital 6th Sense comes the new concept Qualcomm first spoke about earlier today – The Internet of Everything. The AllJoyn collection of connectivity technology – an update for which was also announced today – is at the heart of Qualcomm’s push for a connected world. For the world where an Internet of Everything is made real. 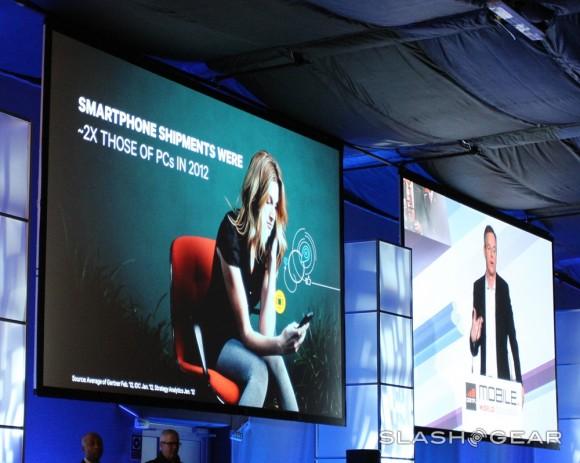 As far as disruption goes, Jacobs reminded the audience that smartphone shipments were twice the number of PC shipments through 2012 (according to a Gartner study published earlier this month). It’s through this wireless world that we connect – this is Qualcomm’s message.

Both healthcare and education were spoken about as two of the most important areas for innovation that Qualcomm is working with. The technology for the enablement of services created by the open source community to boost the abilities of educators, students, doctors, and everyday citizens – all comes through AllJoyn through the future. 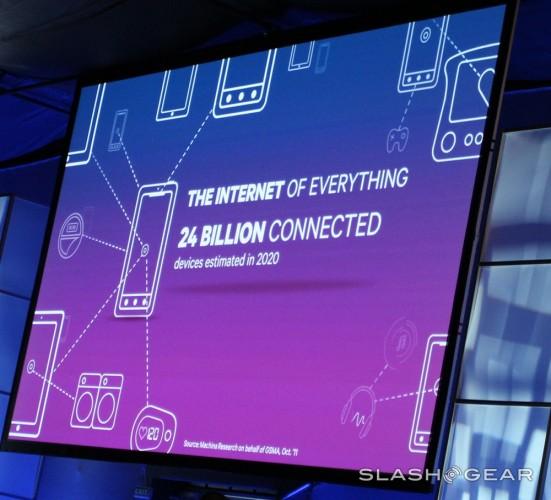 Stay tuned the rest of this week in our fabulous Mobile World Congress 2013 tag portal for more information on Qualcomm and the rest of the wireless universe from across the planet. You’ll find more up to the minute news action and hands-on experiences than you can throw a stick at!