Qualcomm has launched Snapdragon Sound, its new package of audio technology and software for phones and wireless earbuds. It’s effectively umbrella branding for everything from mobile chipsets through Bluetooth radios and active noise cancellation, much in the way Snapdragon Mobile Platforms cover SoCs, modems, and more.

Snapdragon Sound will therefore include Snapdragon 8-series mobile platforms, like the recently-announced Snapdragon 888 flagship 5G chipset. It’ll also tap the company’s FastConnect 6900 mobile connectivity system, and its QCC514x, QCC515x and QCC3056 series Bluetooth Audio SoCs. Announced in late 2020, they can include features like auto-calibration to work around earbuds that don’t necessarily make a completely tight seal in the ear.

There’s also Qualcomm Active Noise Cancelling (ANC) technology, together with its aptX Adaptive and aptX Voice systems for dynamically-adjusting wireless music streaming and super wideband voice calls at up to 32 kHz quality, respectively. The Aqstic audio code and smart speaker amplifier WCD938x and WSA883x are part of the Snapdragon Sound family, too, plus the company’s suite of audio and voice communication software. 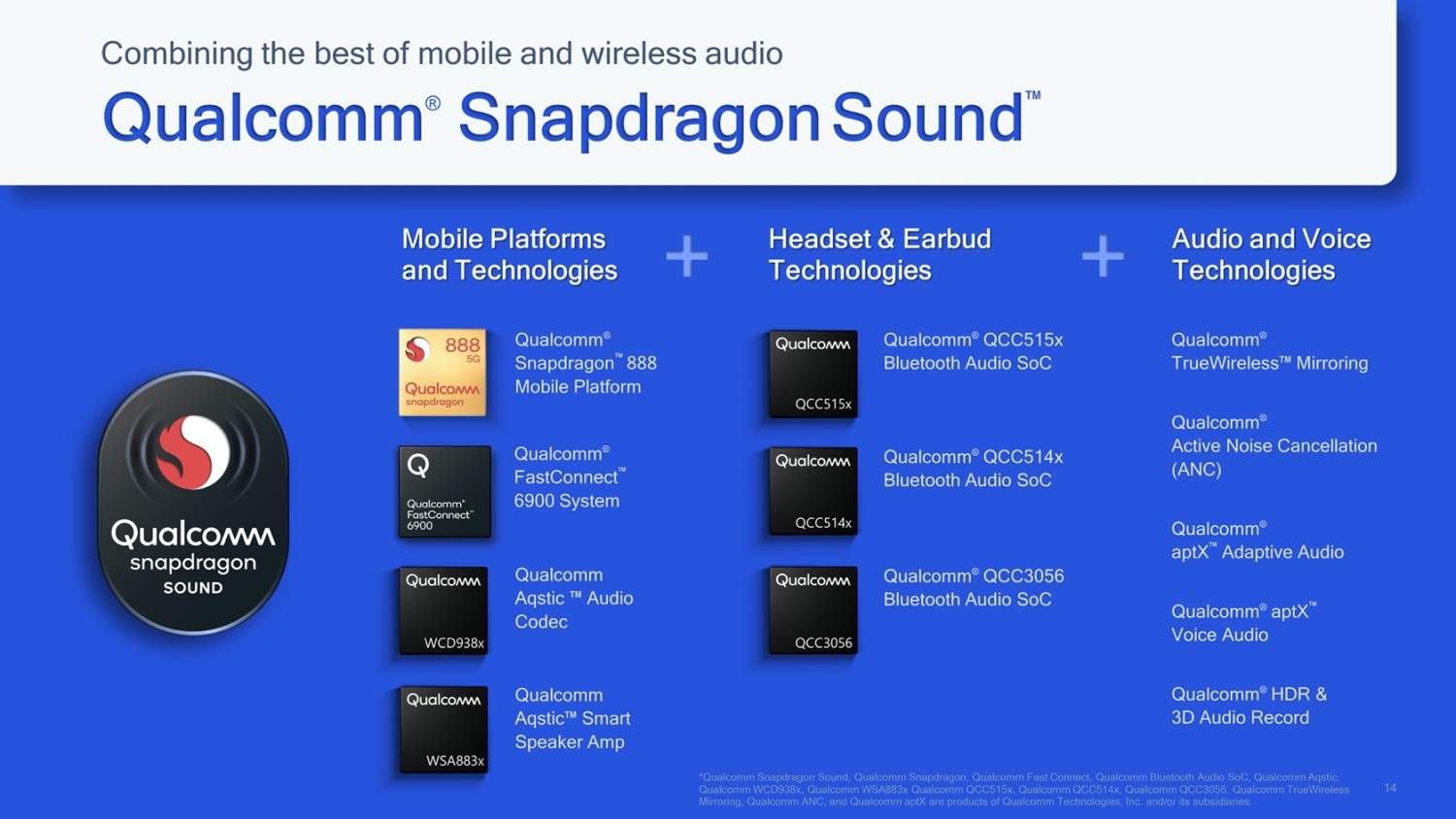 The result, Qualcomm says, is a higher level of audio quality and easier branding that should hopefully allow users to know what to expect without going digging through device or component spec sheets. There’ll be a new logo, which manufacturers can use on packaging and which apps and devices can use in software. Snapdragon Sound will support high-resolution 24-bit 96kHz audio, with ultra-low latency as little as 89 ms for wireless headsets and earbuds. There’ll also be the promise of easier pairing, and clearer voice quality.

For wired audio, meanwhile, there’ll be improvements there too. With the Aqstic DAC, for example, there’ll be support for up to 384kHz 32-bit PCM and DSD with ultra-low THD+N, Qualcomm says. 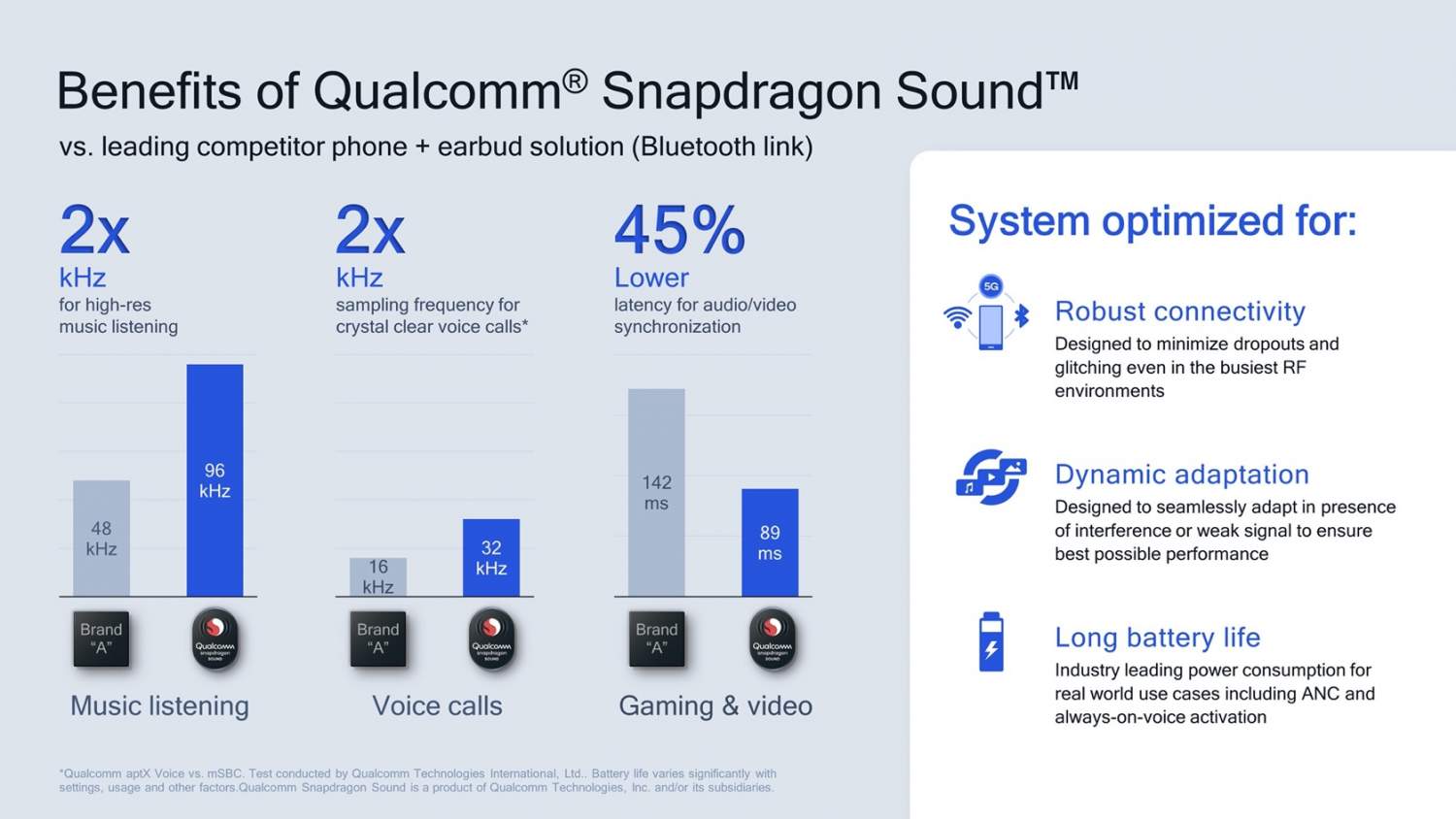 With the rise in wireless convenience, audio quality arguably took a back seat for a while compared to factors like battery life, ease and stability of connectivity, and advanced tech like ANC. At the same time, we’ve seen most devices step away from physical headphone jacks, not least because of consumer preferences for wireless earbuds and the greater ease of waterproofing phones that have fewer ports and sockets.

Despite all that, audio performance is no less important right now, even if the criteria for success have shifted somewhat. A rise in working from home and home-schooling, for example, has led to multiple people often trying to work from the same location, including making voice and video calls. That’s prompted an uptick in ANC along with bigger demands on battery life. Snapdragon Sound won’t, on its own, address every concern and issue around audio right now, but Qualcomm’s hope appears to be that it’ll be a badge people learn to look out for as they hunt down new devices with minimal headaches when it comes to stable audio performance. 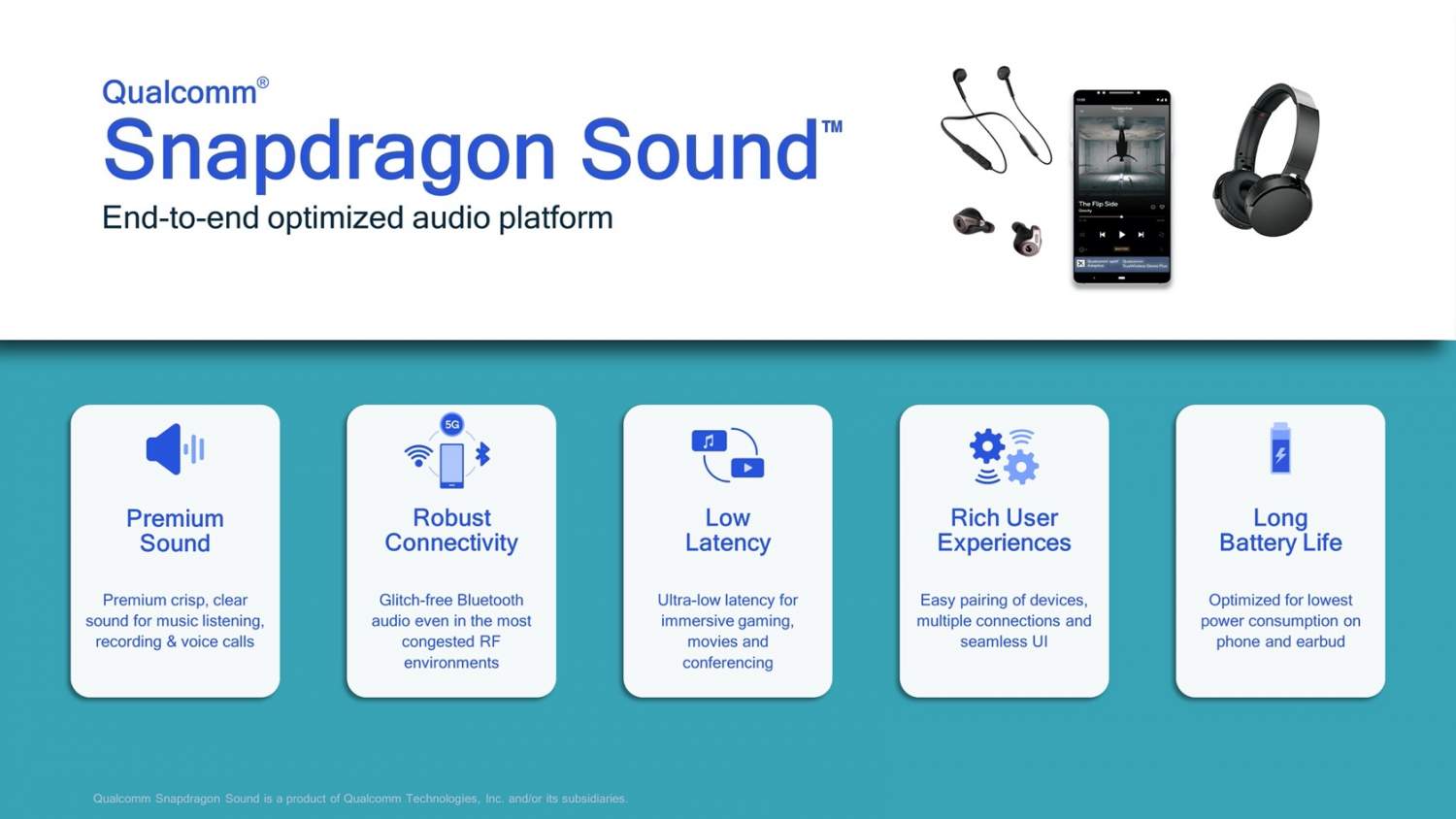 Snapdragon Sound is available to device OEMs from today, with Xiaomi, Audio-Technica, and Amazon all onboard. The first devices to support the technology, meanwhile, are expected to be later in the year, with Xiaomi the first mobile manufacturer to support Snapdragon Sound on devices. In general we can expect that to start with phones, earbuds, and headphones, Qualcomm suggests, though computers, smartwatches, and XR glasses for VR, AR, and mixed-reality will are likely to follow.