We knew it’s name, we knew the highlights, and now it’s time for the big news on the Qualcomm Snapdragon 888, the chipset flagship Android phones will be using in 2021. Latest in the SoC-maker’s 5G portfolio, the Snapdragon 888 not only integrates a 5G modem but cranks up CPU and GPU performance for up to 144 fps and 4K gaming.

The Snapdragon 8xx family has long been Qualcomm’s powerhouse platform, found in smartphone flagships from most of the Android OEMs. For 2021, as we’ve seen in the past few years, there’s a focus on a few key areas: 5G, of course, but also AI, camera technology, and gaming. Devices using the Snapdragon 888 are expected to arrive in Q1 2021. 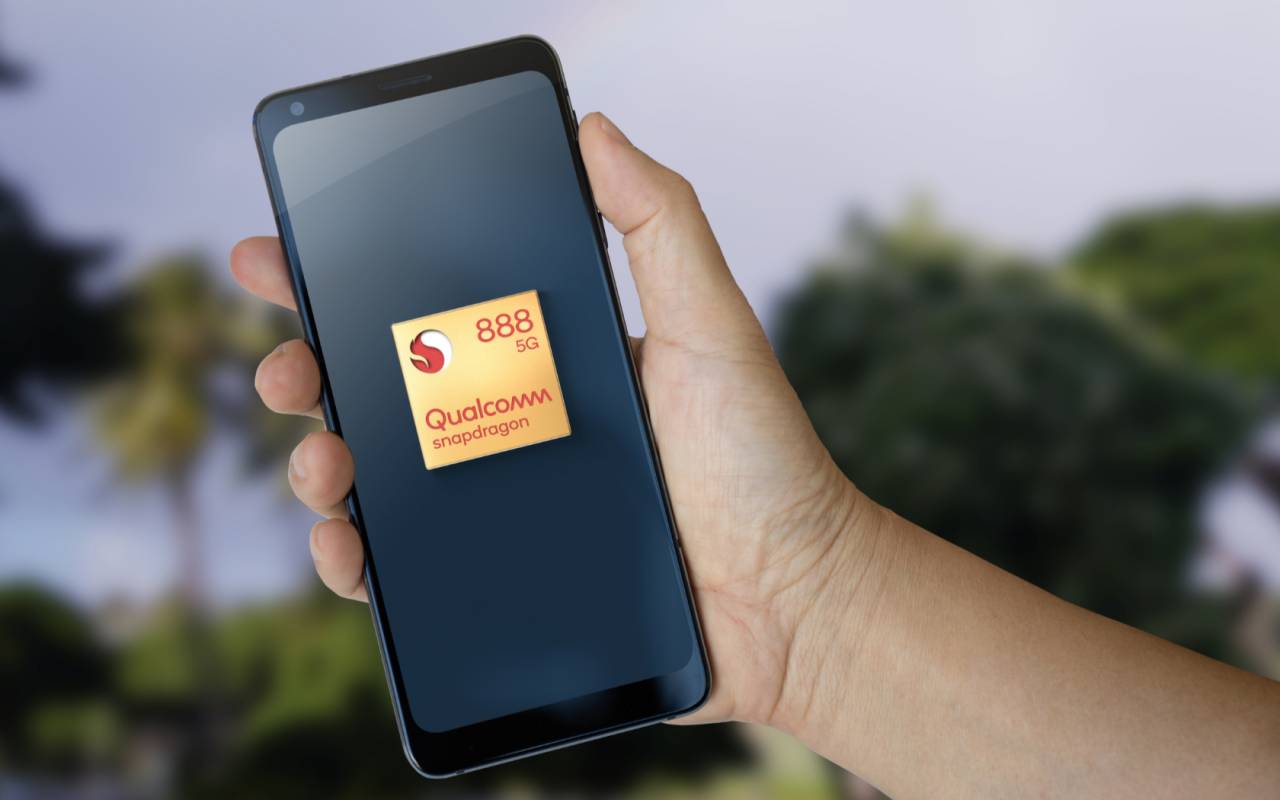 In the case of the Snapdragon 888, there’s Qualcomm’s Kryo 680 CPU with a 25-percent boost in performance and a 25-percent improvement in power efficiency compared to the Snapdragon 865. Built – by Samsung – on 5nm processes, it combines a single Arm Cortex-X1 for maximum performance at up to 2.84GHz, with three Cortex-A78 for everyday tasks, and four Cortex-A55 for low-power, maximum efficiency processing.

That’s paired with the Adreno 660 GPU, which itself claims a 35-percent improvement in graphics rendering. It’s also more efficient – a 20-percent boost, Qualcomm claims – despite including advances in OLED picture uniformity, demura and sub-pixel rendering, and overall picture quality improvements. 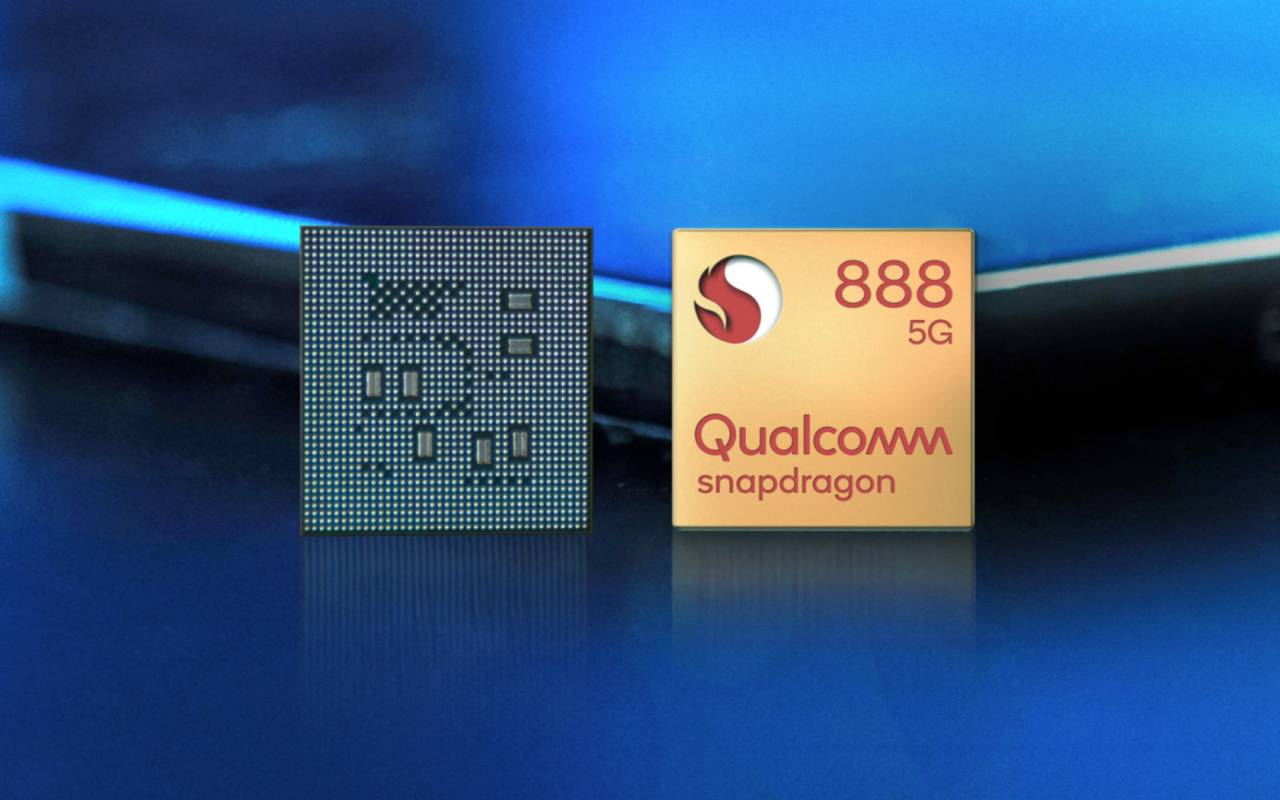 As we’ve seen in the past few years, though, dedicated silicon is increasingly a part of the modern chipset, and CPU/GPU are just one component of that. The Snapdragon 888 includes Qualcomm’s new Hexagon 780, for example, with fused AI accelerators. As before, there are scalar, vector, and tensor accelerators, but this new SoC pulls them together into one: they can share the same memory – which Qualcomm has made 16x larger – for a much faster hand-off time between accelerators.

The second-generation Qualcomm Sensing Hub, meanwhile, picks up where its predecessor left off: a low-power controller for always-on sensors that won’t kill the battery. It can now handle multiple data streams from sources like 5G, WiFi, Bluetooth, and location. It also features a dedicated AI processor, to make sense of that data without necessarily needing to wake a primary CPU core. 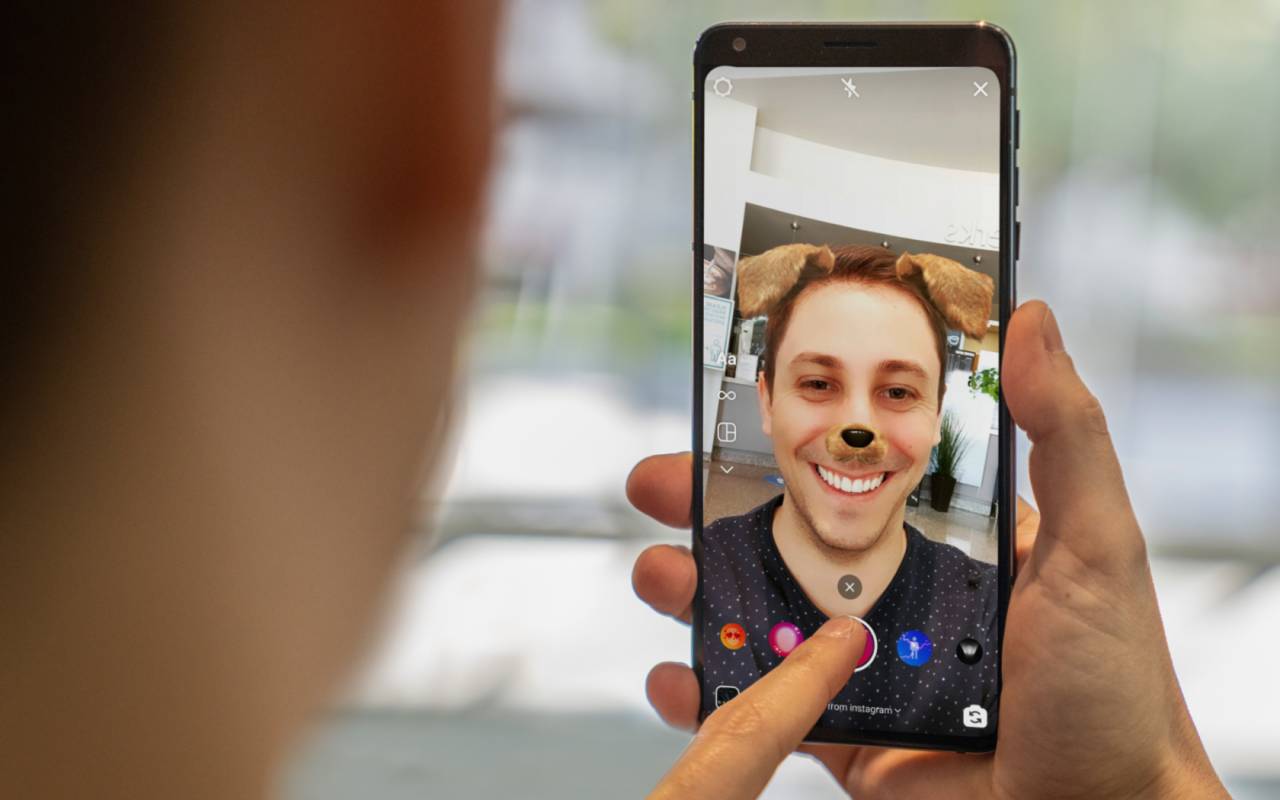 What’s that power good for? As always, it’ll come down to how developers use it, but Qualcomm has a few ideas to begin with. AI processing on 30fps video, for example, could remove an object in real-time and recreate the background. Combining the Hexagon Processor with the Sensing Hub, meanwhile, paves the way for things like lift detection, ambient audio detection, activity recognition, and more advanced things like car crash identification and earthquake detection. It could even help your phone identify whether you’re the driver or the passenger in a vehicle.

On the security and usability side, there’s Qualcomm Processor Security with Hypervisor. In the Snapdragon 888, that can now run multiple instances of individually isolated OSes – or, run different apps each in their own instance of an isolated OS. That way, you could keep your data locked to a specific profile – business files separate from personal ones, for example. There’ll also be cryptographically-sealed photo support, with Qualcomm partnering with Truepic to make the Snapdragon 888 able to capture open Content Authenticity Initiative images.

On the photography side, the Snapdragon 888 is the first of Qualcomm’s chipsets to include triple ISP: it means triple concurrency, and triple parallel processing. Three individual camera sensors – wide, ultra-wide, and telephoto, for instance – can be connected simultaneously, in both video and still image mode, and have different AI workloads applied to them at the same time.

So, you could use those three sensors to capture 4K HDR video from each, all at the same time, switching between them in the final footage seamlessly. Or, you could capture up to three 28-megapixel photos simultaneously, at 30fps ZSL. The combined trio of ISPs is capable of 2.7 gigapixels of processing per second, and are 34-percent faster than the ISP in last year’s chipset. 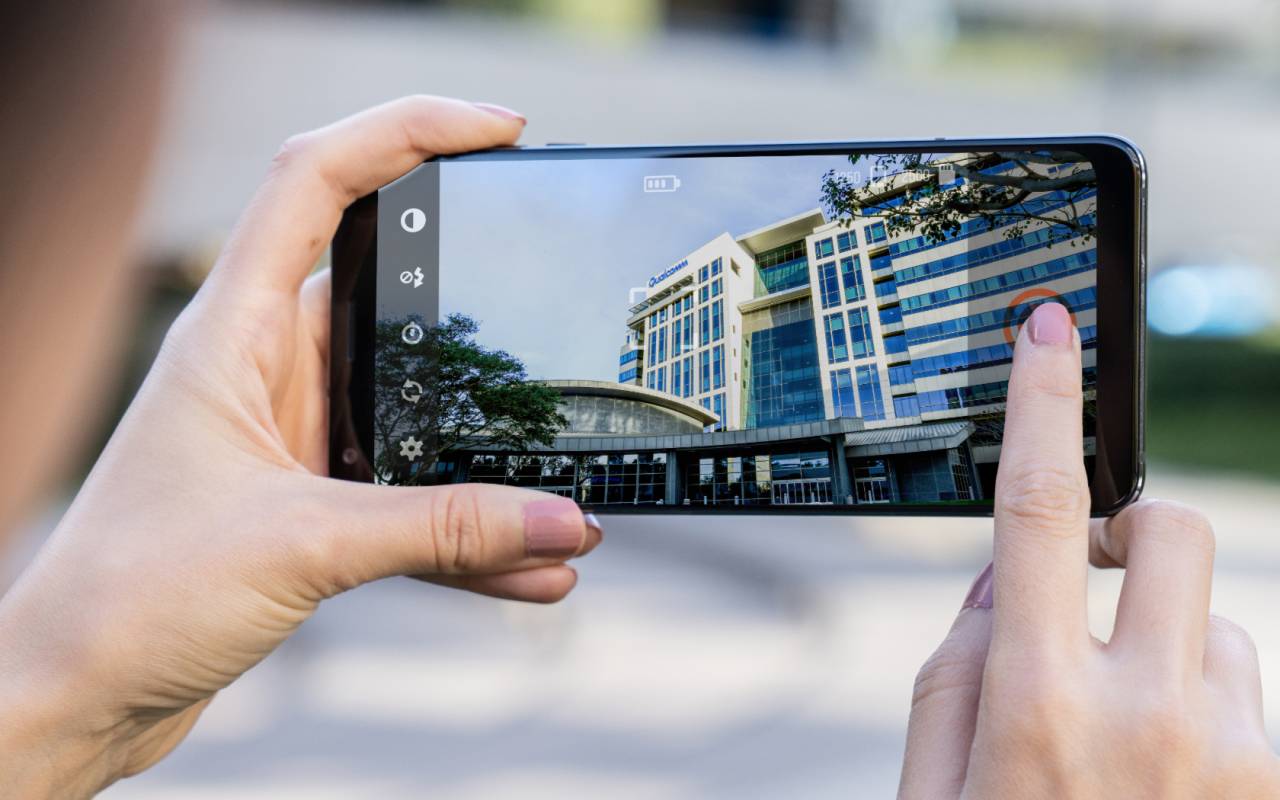 That raw power has plenty of applications. You can burst capture 120 still images in a second, at 12-megapixel resolution, for example. Autofocus, auto-exposure, and auto-white balance have now been moved into AI, too, Qualcomm using eye-tracking research to figure out where people naturally look in images, and training each of the three to be more human-like when they lock on.

Low-light support now runs down to almost near-darkness, at just 0.1 Lux. There’s also 4K HDR with Computational HDR Video Capture support, for videos with extreme dynamic range. Snapdragon 888 supports 10-bit HDR HEIF image capture – so no more tone-mapping down to relatively lossy 8-bit JPEG – keeping 1+ billion shades of color. Phone-makers will need to add a 10-bit display in order to actually show you all those colors, but the data is there.

The same goes for Staggered HDR image sensors. Again, the promise is broader dynamic range with lower ghosting, though it’ll need specific hardware to enable those results. Qualcomm says it’s woking with sensor manufacturers to bring that tech to mobile. Big promises, though you’d be forgiven for remembering the chip-maker’s similar enthusiasm for Dolby Vision on Android, something phone-makers still haven’t capitalized on (only to see Apple’s iPhone 12 family beat them to it).

For gaming, the Snapdragon 888 builds on features like 144 fps display support, 10-bit HDR, separately updatable GPU drivers, and 4K screen support. Qualcomm Quick Game Touch, for example, promises to improve on response times, though the advantage depends on the frame rate of the game. At 60 fps, for example, you could see up to a 20-percent improvement; that dips to 10-percent at 120 fps. 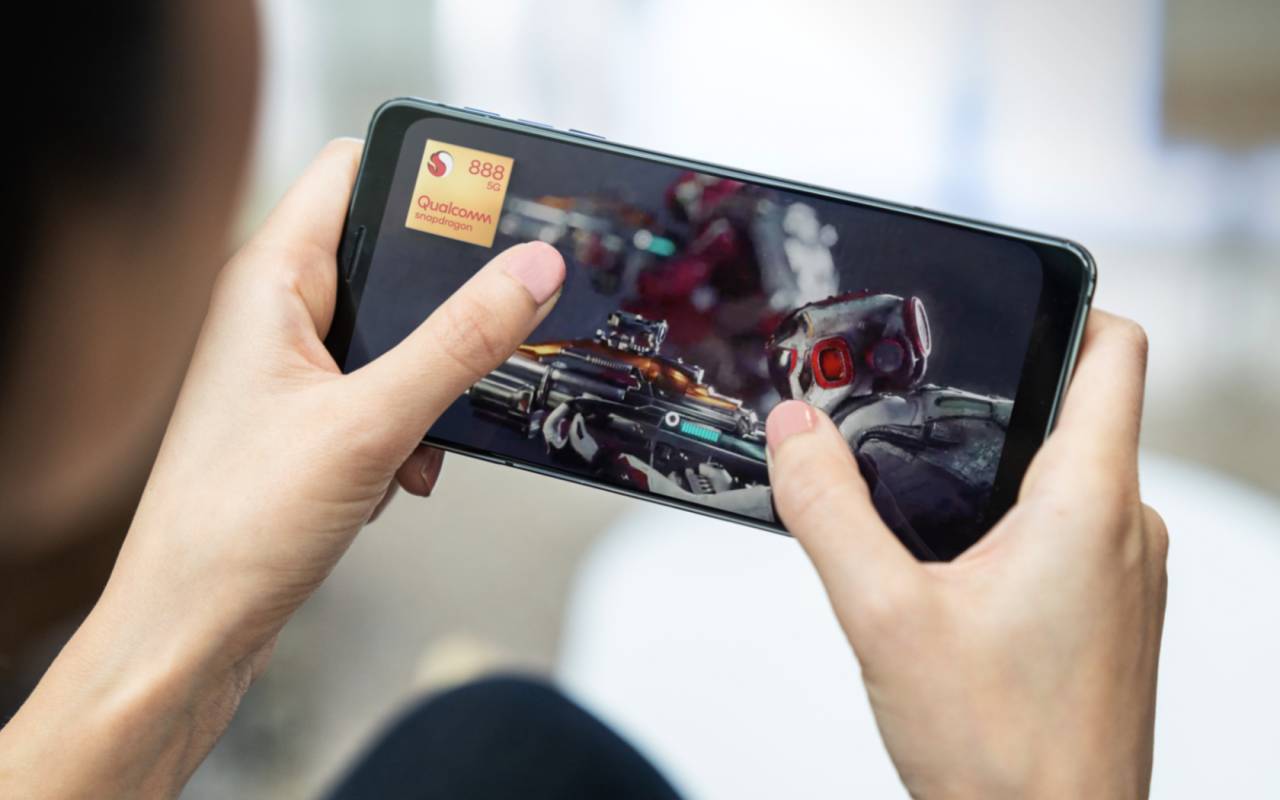 Variable Rate Shading, meanwhile, wields hardware power where it’s most rewarding. It allows games to reuse color results in clusters of similar pixels – such as the sky – so that compute can be better applied elsewhere. Qualcomm says it can lead to up to a 40-percent reduction in pixels being shaded per frame, and up to a 30-percent increase in gaming performance overall.

There’s also aptX Adaptive Audio support, along with Aqstic Audio and Dolby Atmos. The Snapdragon 888 will be able to power up to a 4K 60Hz display on-device, or a QHD+ 144Hz display, while also driving up to a 4K 60Hz external display with HDR10/HDR10+ and 10-bit color depth, Rec. 2020 color gamut support. Up to 16GB of LP-DDR5 3200MHz memory is supported, and there’s Quick Charge 5, ultrasonic fingerprint sensor, and USB Type-C 3.1 support.

It’s fair to say Qualcomm has been one of the most vocal proponents of 5G, and so unsurprisingly the Snapdragon 888 centers fifth-gen networks with a new, integrated modem. The Snapdragon X60 Modem-RF is the company’s third-generation mmWave and Sub-6 modem, now supporting up to 7.5 Gbps downloads and 3 Gbps uploads, network depending. 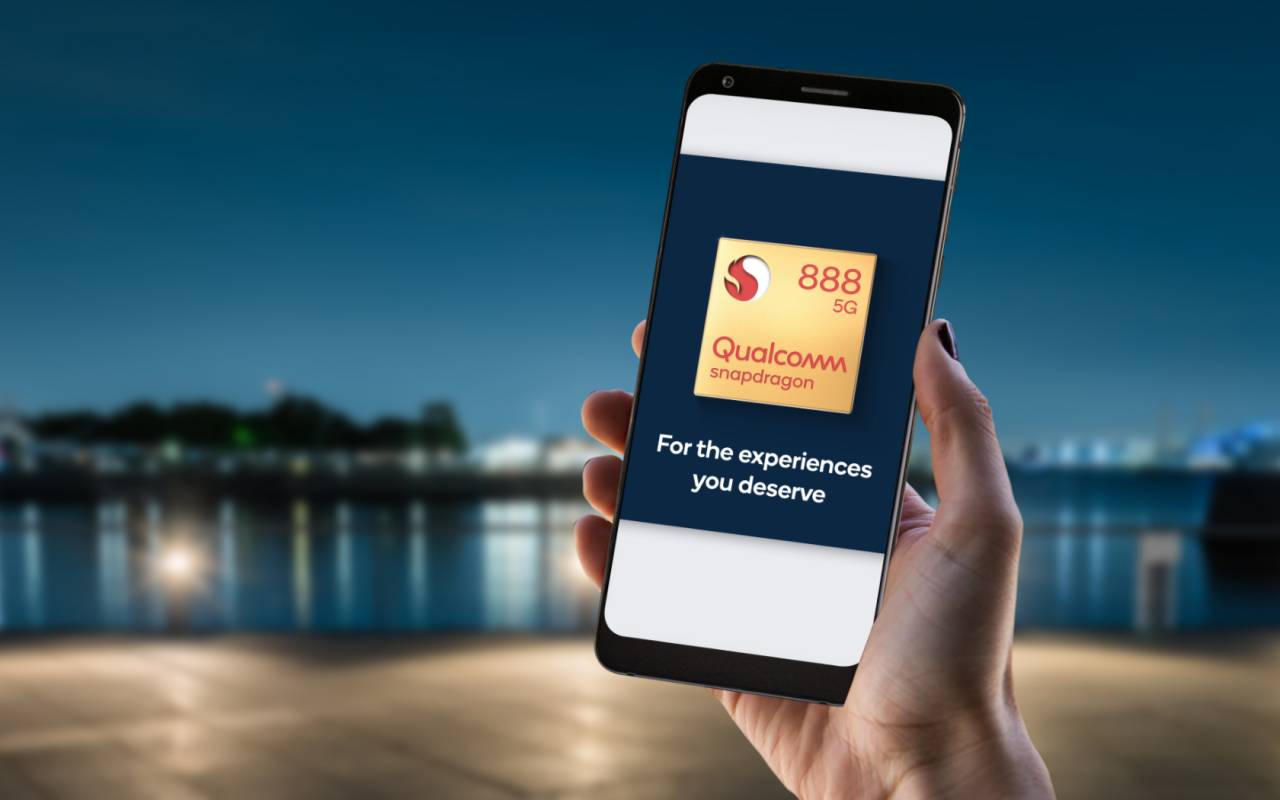 There’s 5G carrier aggregation over both FDD and TDD, along with FR1 and FR2 carrier aggregation across mmWave and Sub-6. With Global 5G multi-SIM support, there’ll be the ability to have multiple active lines on a single phone, whether that’s for roaming purposes or to use your device for both personal and work.

Since 5G networks aren’t the only wireless you might want to connect to, the Snapdragon 888 supports Qualcomm’s FastConnect 6900 system as well. That has WiFi 6 and WiFi 6E 6GHz support, along with Bluetooth 5.2 with dual antennas. Again, as with some of the camera and other features, adoption of the latest WiFi 6 standards are down to other factors as well, such as having access to the latest routers. Still, Qualcomm is betting on power-users demanding support for that in their 2021 flagship phones.