Qualcomm re-dedicates itself to a mobile world

On the morning of January 10, 2012, Qualcomm CEO Paul E Jacobs spoke on the ever-changing world of electronics, especially on the note of mobile. What Qualcomm is doing here is showing at first their dedication to history’s fastest growing electronics platform, going so far as to show a video containing such stories such as the student story of Ardiano C using the HTC Jetstream to great effect, changing the way he goes about moving through the world with that one device. Jacobs continued on to speak on how entrepreneurs across the world, notably in poor areas, are able to take mobile devices and turn their businesses profitable in a variety of brand new ways.

One of the groups working with Qualcomm on the initiative to bring business expansion through mobile is Gramin Foundation, whose CEO spoke to the audience at the event through a video in which he assures the public that business will be good and that mobile will drive it. Qualcomm appears very much to be setting itself into the mobile world solidly here, certainly in the business world, but also in the student and the personal use arenas.

Stick with us here for the rest of the event by following our [CES LIVE] portal all week long. 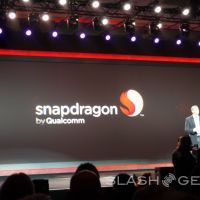 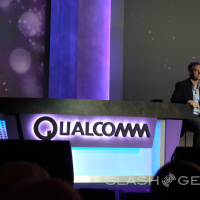 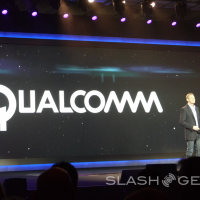 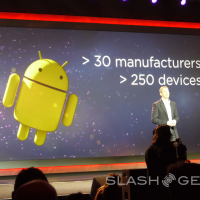