Amazon has a project called Project Kuiper which centers on surrounding our planet with satellites. These satellites will act as relays for internet connectivity, which will then be available to large numbers of people on our planets’ surface. When this article is set to go live, Amazon’s plans include launching two prototype satellites by the fourth quarter of the year 2022.

The two satellites announced today with Project Kuiper are expected to launch with APL Space Systems’ RS1 rocket. These satellites go by the names KuiperSat-1 and KuiperSat-2. Amazon suggests that after these satellites’ tests are complete, they will both be de-orbited and put out of commission.

Amazon gave ABL a big pat on the back today, suggesting that they are “impressed by ABL’s unique capabilities, rapid development progress, and dedication to customers.” ABL will not be the only company Amazon will work with to launch their satellites into space, but the company did suggest that they see this “as just the start of a long-term relationship together.”

Harry O’Hanley, CEO of ABL said that Kuiper’s mission “to bring high-speed, low-latency broadband service to underserved communities” is motivational for their crew. If you’ve been following along with news releases and promotions for Kuiper, you’ll have noticed the repeated claim that their aim is to serve the underserved, and to bring internet to those that have no internet. 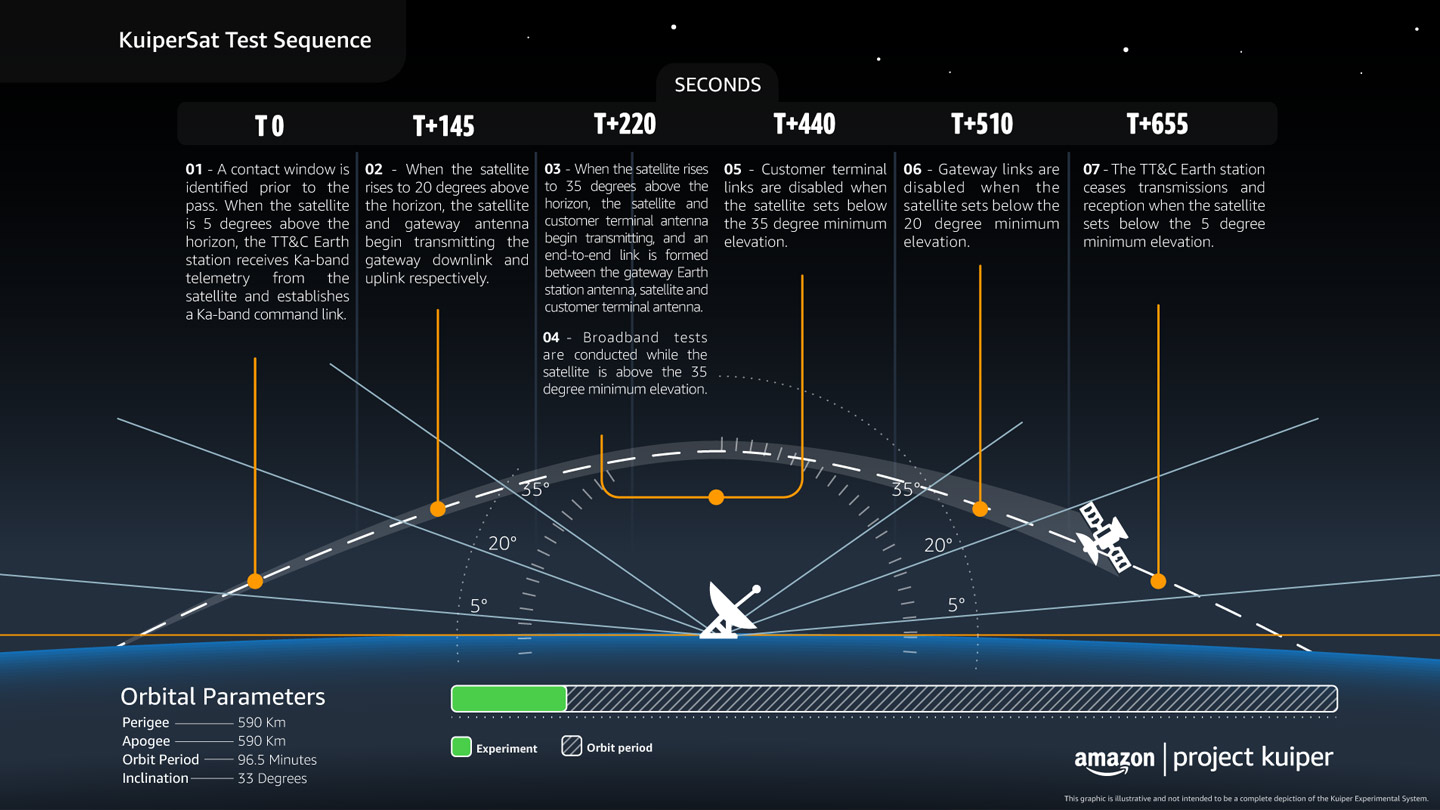 It’s important to note, here, that Amazon isn’t planning on giving internet service away for free. Amazon is working with other private business partners to set up the tech to be able to deliver internet service to locations around the world – and it won’t be free.

We do not yet know how Amazon will handle issues like Net Neutrality with their internet satellite project. Project Kuiper is not meant to be an internet provider in and of itself. Instead, it’ll work with groups like Verizon who’ll still control the prices of the data.

That legislation was meant to increase broadband investment – or at least that’s what Paj and associates suggested. It was made clear quite quickly after passing that this legislation did nothing of the sort.

So, we have Amazon promoting the launch of a satellite network with the altruistic aim of spreading access to the internet to underserved and unserved communities while making no solid assertions about how that access will be made affordable to the average individual. Partnering with Verizon, Amazon solidifies the idea that they will not be guaranteeing internet neutrality and equal access to all people.

Amazon remains a for-profit company, and internet access is not legally considered a basic human right in the United States of America. I am wary of any one company suggesting they’ll bring internet access to people that do not have internet unless they’ve made clear guarantees about open, free, and neutrally-delivered access.