This week the folks at Google dropped quite a few users out of a blimp to land on the Moscone Center for Google I/O wearing Project Glass – then they explained how they did it. This process included several different components that will be much more compact in the future, with the microphone, several sensors, and connections being rather large and bulky right this moment. This process included bicycle flips, running down the side of a building, and a couple more hardcore sports actions, so the glasses were also attached a bit more securely to each users face than they would have been otherwise.

In the demonstration after the big drop, it was revealed that the display is not in front of your eye when you use Project Glass, not in front of it. The camera lines up with the eye line of the user so that moments can be captured from the user’s perspective, while the design philosophy behind this project remained “ridiculously light.” Of course the units used on the air drop were certainly prototypes, while the final product will “weigh less than mini-sunglasses.” 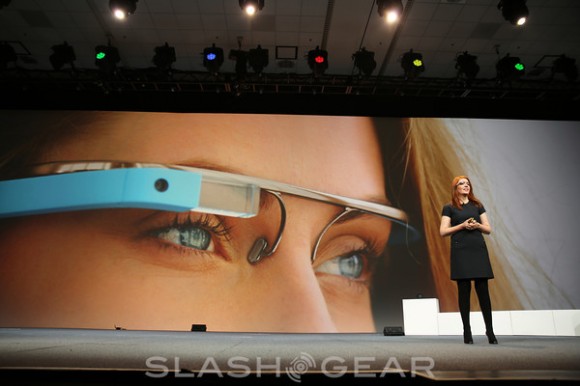 As the device has been tested over the past few weeks, Google revealed that they found that the units would not only have to be light, but incredibly sturdy as well. Communication with images is set at the heart of this project, with the capture of fleeting moments being one of the primary activity of users in test form thus far. A first person point of view is being pushed here, and noone is safe, not even you shooting a terrible shot in a game of pool – beware! 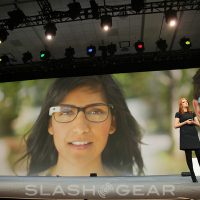 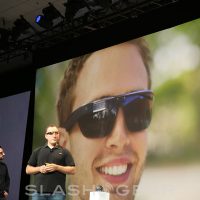 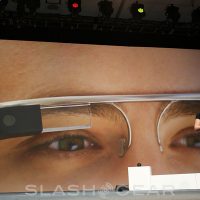 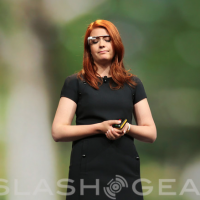 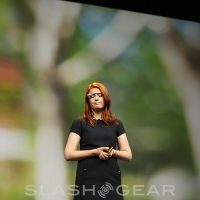 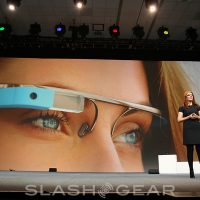 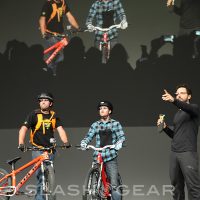 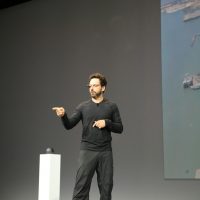 Stay tuned all week for the rest of our I/O 2012 coverage and head to the Android portal as well to stay up to date on the mobile world of Google!