Portal was a game-changer on the PC and a game-changer here, ported to Android, specifically to NVIDIA SHIELD. You’ll be moving through test chambers from a first-person perspective, taking control of a “Portal Gun” which allows you to shoot one orange ring, one blue ring. From there, gameplay is entirely unique to this Valve Corporation-made puzzle adventure.

I hesitate to call Portal a “puzzle” game because it’s not like any other puzzler on the market. It’s spawned a sequel and – because of its excellent iconography and comedic dialog – massive amounts of merchandise. 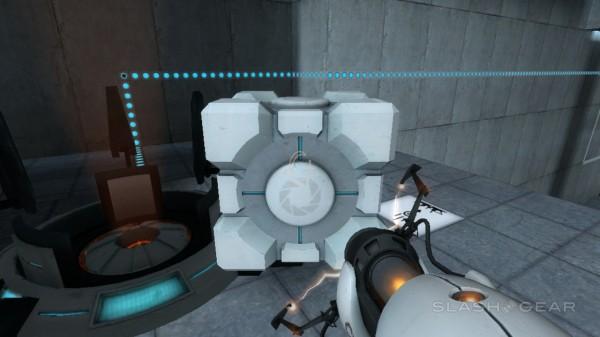 Portal is one of Valve’s biggest titles for a reason. It’s entirely lovable, easy to catch on to, and massively addicting. First made available for both Xbox 360 and Windows PC all the way back in 2007, this title is just as fresh as it was when it was first released. On NVIDIA SHIELD, it’s all the fresher. 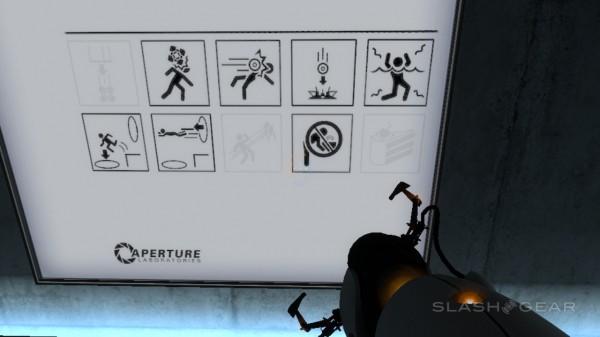 NVIDIA has world with Valve directly to bring this game to NVIDIA SHIELD on Android. As such, it does not feel like a “port” like most ports do. NVIDIA has been working on similar transitions of high-powered games for the past several years with the NVIDIA TegraZone with Tegra-based processor-specific optimizations. 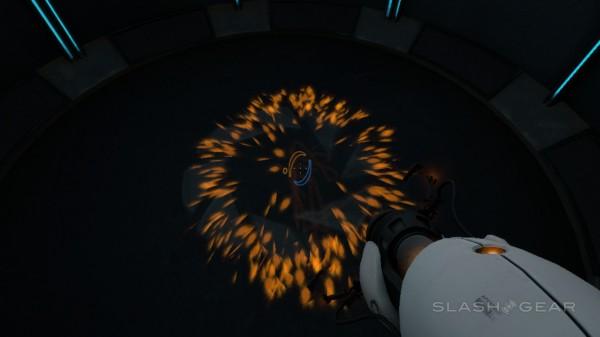 Portal has you running around with a gun which shoots two portals. One portal has a blue ring, the other an orange ring. One portal is connected to the other. If you shoot a portal at the wall ahead of you, and another at the wall behind you, you’ll be able to see yourself. 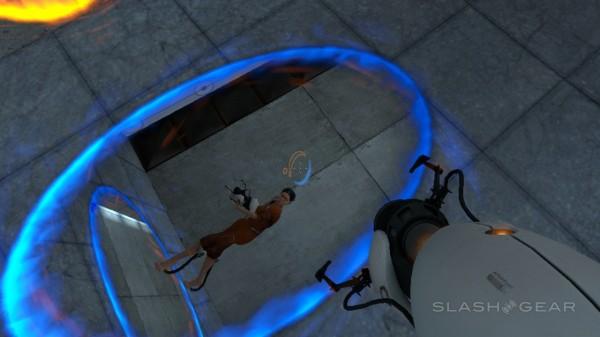 Fire a (blue, for example) portal at the ceiling and another portal (orange) directly below, and whatever you toss in said portal will fall forever, accelerating as it goes. You can use this to your advantage by firing another blue portal at the wall once you’ve fallen from the ceiling – you’ll have the same momentum as you enter the orange portal, then directed horizontally, launching you across the training room.

Of course you can die in the game, too. But don’t worry – you will be missed.

With the NVIDIA SHIELD version of Portal you’ll see fantastic graphics the likes of which we did not expect to see outside the PC. This game – above all others – shows the potential for the NVIDIA Tegra 4 processor. 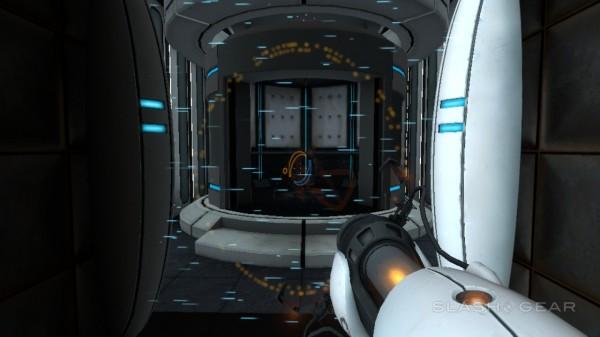 Portal for Android on NVIDIA SHIELD shows the potential for Android, too. If not for awe-inspiring visions (this game is mostly gray, after all), then for the surprising smoothness with which you traverse the title. 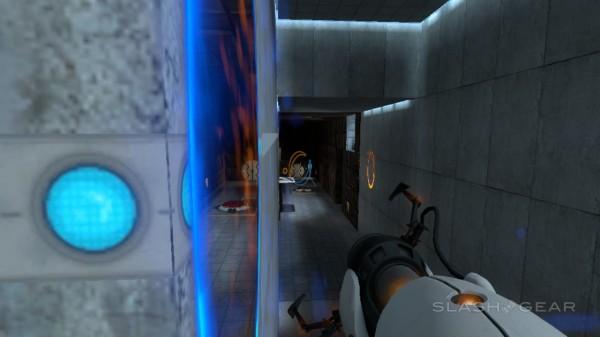 You’ll be asked to drop $9.99 USD on this game – not the average price for an Android-based title. But it’s worth it.

There’s simply no other experience on Android today that can compare to Portal, and NVIDIA SHIELD is the perfect place for the game to enter this universe head-first. 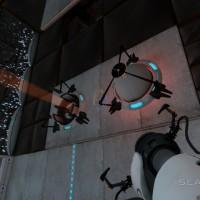 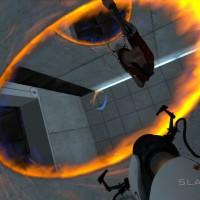 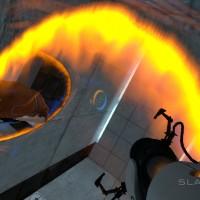 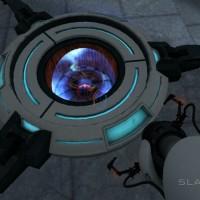 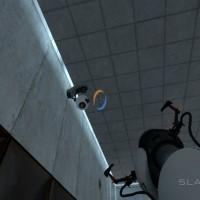 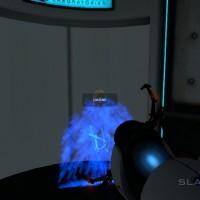 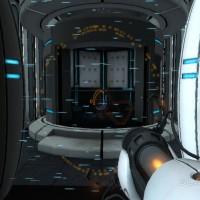 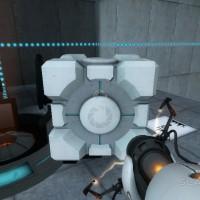 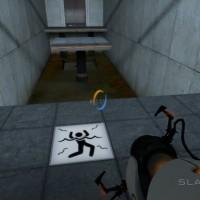 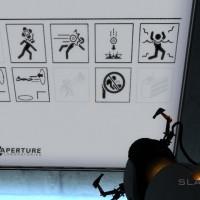 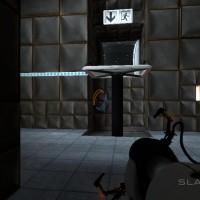 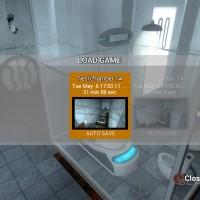 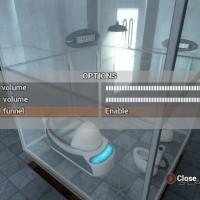 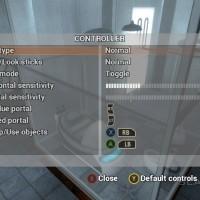 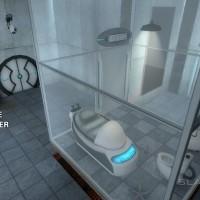 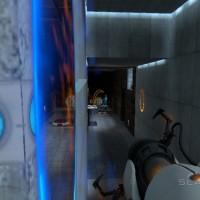 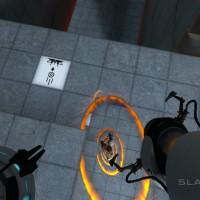 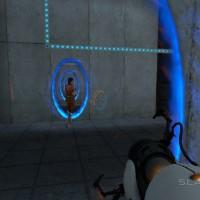 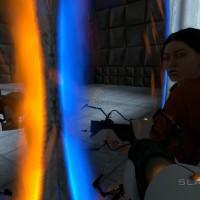 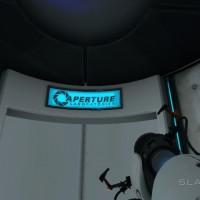