The Taycan certainly isn’t short on displays in its cabin. Just in the front alone, there’s a digital instrument gauge for the driver, a central infotainment screen in the upper center console, a lower panel dedicated to climate control and other settings, and then a fourth screen embedded in front of the passenger. 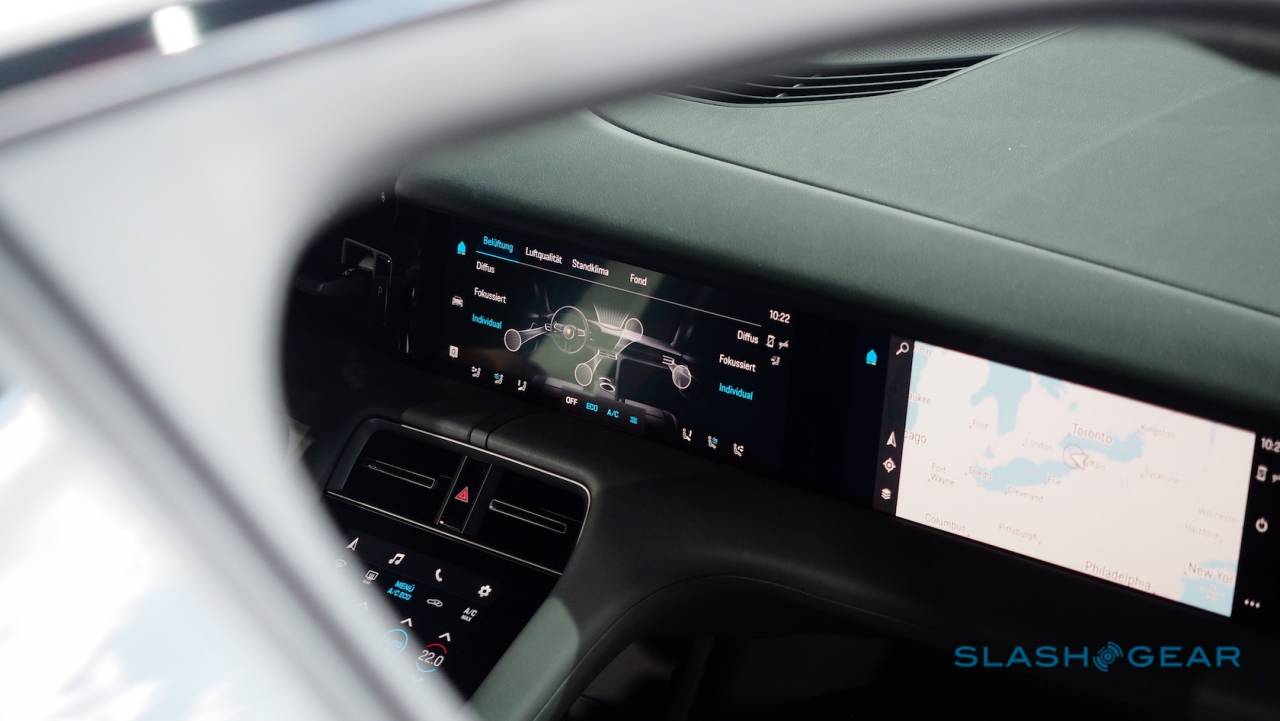 That screen has, until now, allowed for things like control over music, tracking navigation, and general settings. With the arrival of Apple Music integration, however, the touchscreen becomes a lot more useful. It’ll be possible to see time-synchronized lyrics to songs in a user’s library, from rated playlists, and from personalized stations.

Apple Podcasts, meanwhile, brings the 1.5+ million shows available through the service to the Taycan’s dashboard. It’s the first time that the full catalog has been integrated in that way, and includes easy access to the Top Charts for shows and episodes. If you’ve been listening to a podcast on another Apple device, you’ll be able to pick up on where you left off when you resume playback in the Taycan; or, if you’ve been listening to a podcast on a drive, you can switch over seamlessly to your iPhone when you get out. 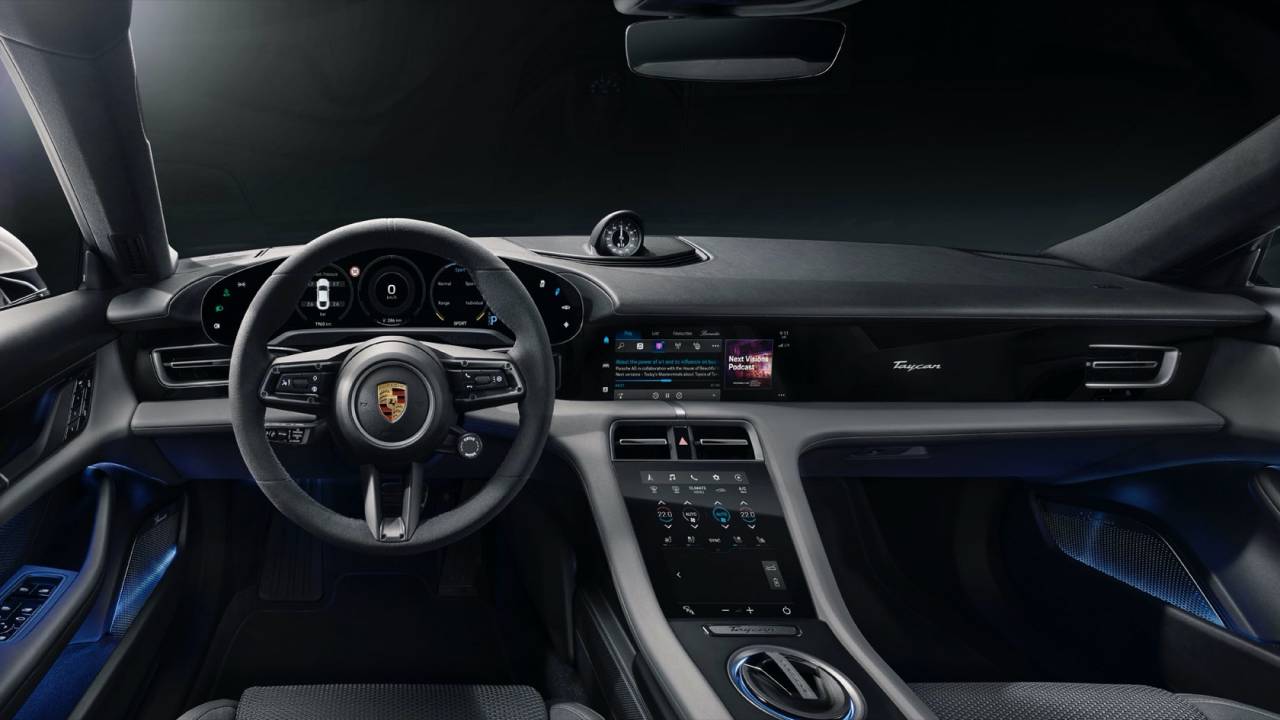 Porsche also has exclusive playlists, which are only accessible to drivers of its cars. That includes “Soul, Electrified” on Apple Music, themed to EVs like the Taycan. Existing owners will get the new podcasts and lyrics features in an update due to arrive in January, while new Taycan buyers will find it already installed from today.

The 2021 Taycan upgraded a number of areas, including easier charging and a trim in 0-124 mph time for the Taycan Turbo S. That, in Launch Control mode, will take 9.6 seconds in the new model year car, versus 9.8 seconds in the MY2020 EV. New features were added to Function on Demand, too, Porsche’s system for retroactively adding options to an already-delivered Taycan, such as Active Lane Keep Assist.