Porsche’s 2021 Taycan is getting easier charging and new cabin tech, with owners of the electric vehicle also able to retroactively add features to the car. Entering its second model year, the performance electric Porsche is also getting seven new colors for the exterior and a choice of five new interior trims.

There’ll still be Taycan 4S, Taycan Turbo, and Taycan Turbo S options, offering up to 750 horsepower and a 2.6 second 0-60 mph time. The 2021 Taycan 4S will now be offered with the 79.2 kWh Performance Battery as an option, while the 2021 Taycan Turbo S is getting faster: with Launch Control, 0-124 mph takes 9.6 seconds, trimming 0.2 seconds off the current car’s time. 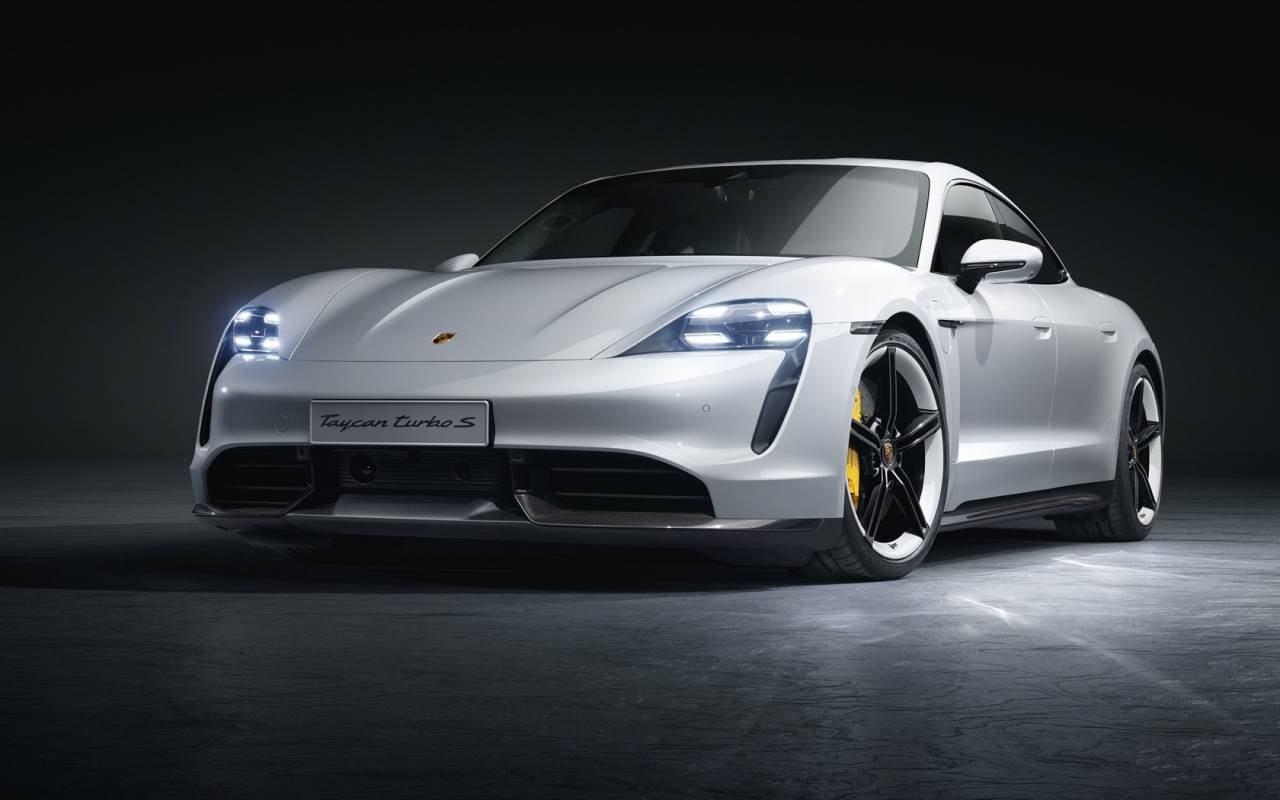 All 2021 versions of the car will support Plug & Charge, based on the ISO 15118 standard. Connected to a compatible charging station – such as Electrify America plans to roll out from the start of the new year – the Taycan will automatically authenticate with the driver’s account. That means no scanning cards or swiping, and no digging through your phone for an app. 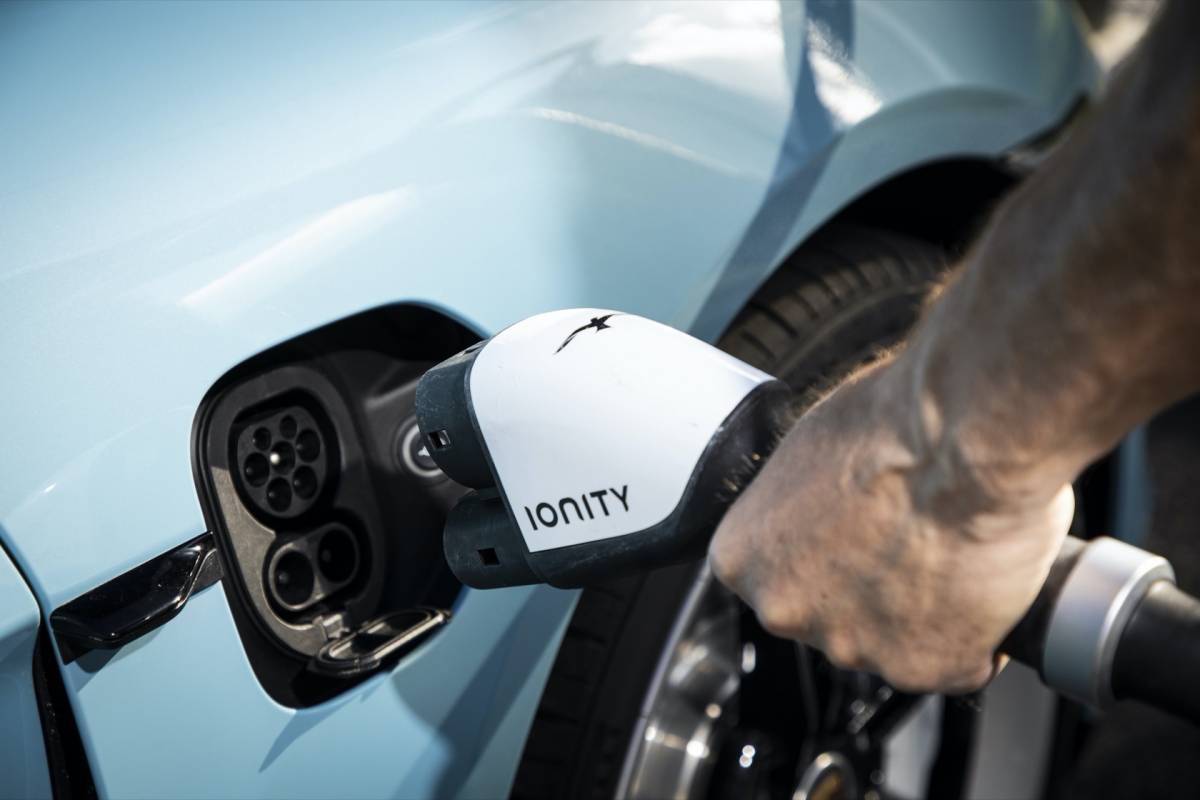 The tweaked Taycan also get a new battery preservation system, which can regulate the charging capacity when at DC fast charging stations. That intentionally lowers it to around 200 kW from the up to 270 kW maximum that’s supported at 800 volt stations. Switched on manually from the infotainment screen, it trades a longer charging time for an extension of the battery’s service life, Porsche says.

Inside, there’s a color head-up display added to the options list, which shows things like speed, battery and range status, navigation, and notifications like calls and voice control commands. Taycan models with adaptive air suspension can enable Smartlift, which will automatically raise the EV in particular locations. If you always have to lift the Taycan’s nose to get onto your driveway without scuffing the front underside, for example, Smartlift will be able to do that itself. 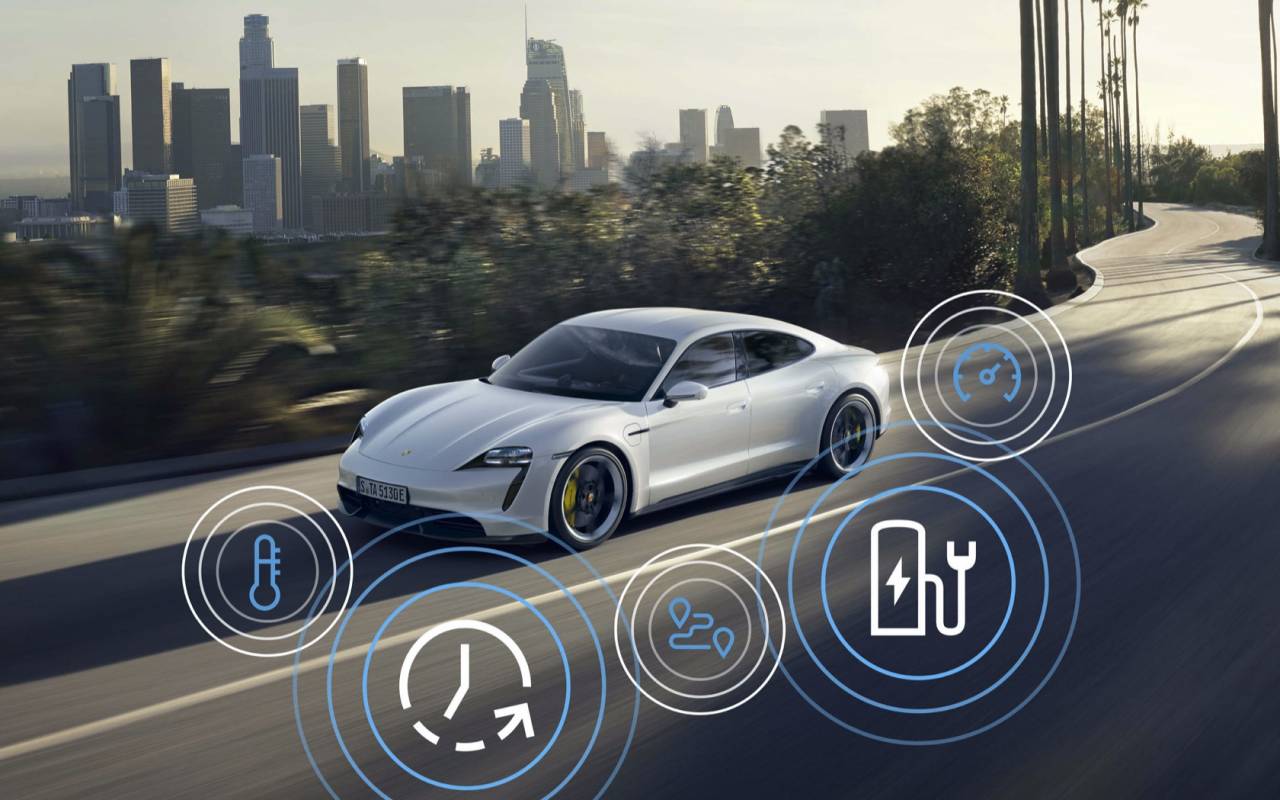 Meanwhile, Function on Demand is getting new options in the 2021 Taycan, a way for vehicle owners to add features that weren’t purchased when the car was first ordered. Until now, only Porsche Intelligent Range Manager (PIRM) has been offered through the system, but for the 2021 model year extra features are being added. Four functions will be offered for permanent purchase, while three will be monthly subscriptions (with a three month trial first). 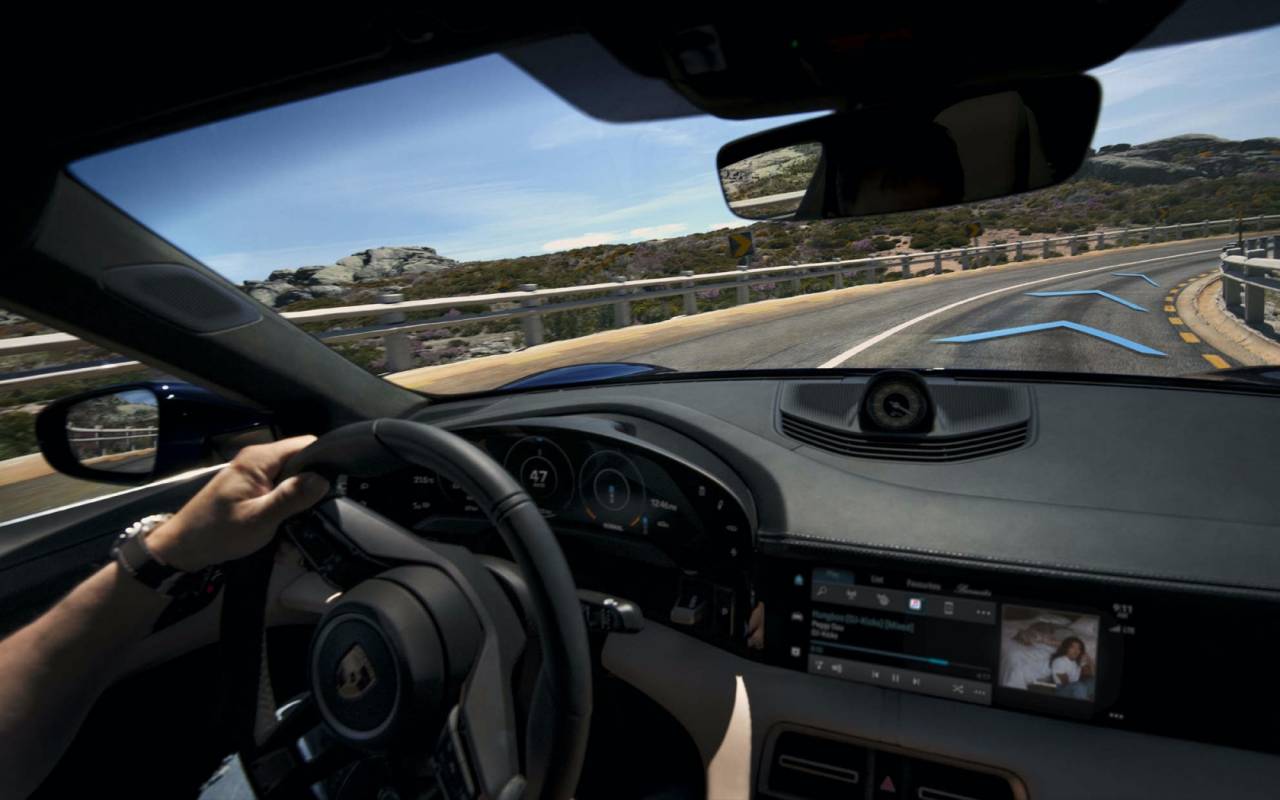 Active Lane Keep Assist will be one such option, as will InnoDrive which adjusts the speed of the car based on upcoming road limits, turns, and circles, along with situations where the driver must yield or stop. Pricing for permanent and subscription purchases will be confirmed closer to launch. 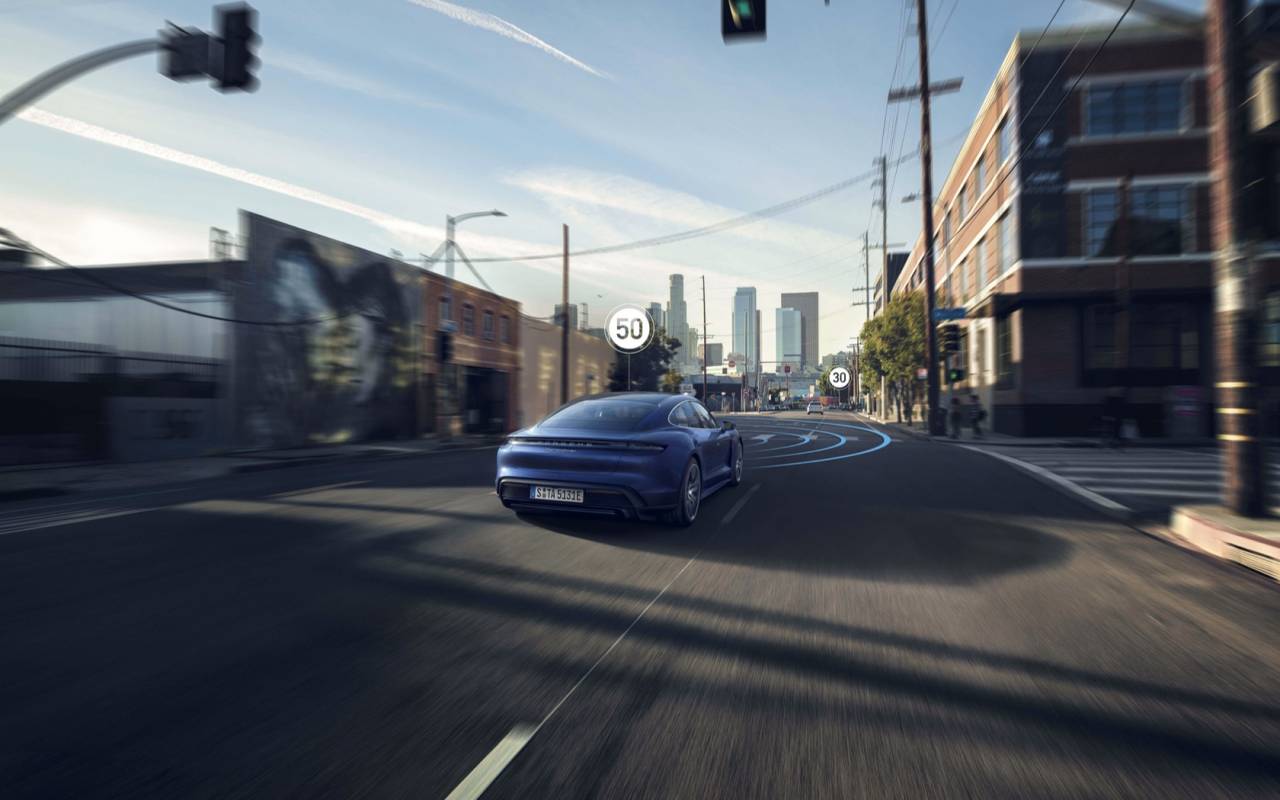 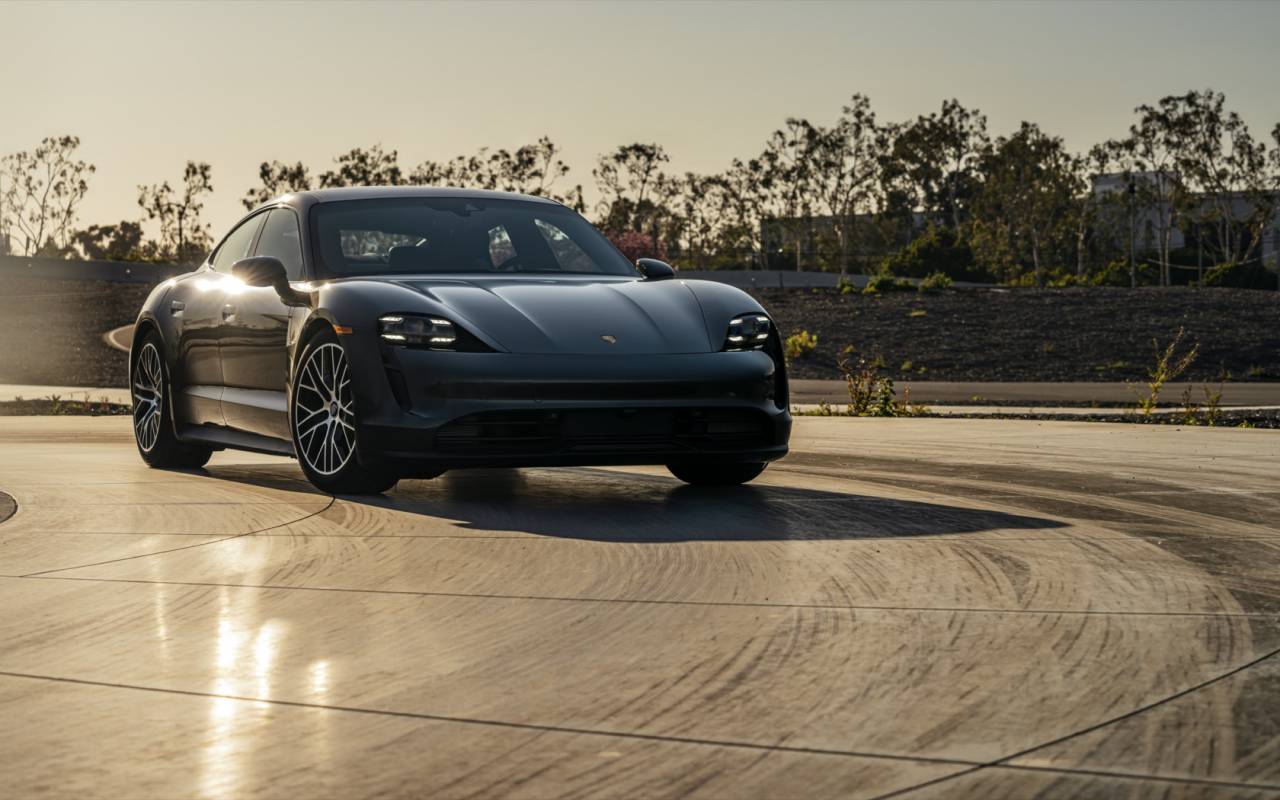 Finally, there are new finishes. The 2021 Taycan can now be had in Mahogany Metallic, Frozenberry Metallic, Cherry Metallic, Coffee Beige Metallic, Chalk, Neptune Blue, and Ice Grey Metallic. The Carbon Sport Design package that’s standard on the Taycan Turbo S will now be optional on the other versions of the EV. Inside, the new Black/Limestone Beige standard interior arrives with four options: a Blackberry and Blackberry/Slate Grey leather interior, Graphite Blue/Slate Grey Race-Tex interior, and a Basalt Black/Meranti Brown OLEA Club Leather interior.