It’s not only the new Porsche Taycan Cross Turismo that the German automaker has revealed in its new EV line-up today, with two new e-bikes also joining the family. The Porsche eBike Sport and Porsche eBike Cross are designed for road and off-road use as their names suggest, with motor assistance on both, making them the perfect addition to the Taycan Cross Turismo‘s optional rear bike rack.

For the eBike Sport, there’s a full-suspension carbon frame outfitted with an ultra-compact Shimano motor. That can contribute assistance at up to around 16 mph, Porsche says. There’s an electronic Shimano gear-shifting system, too. 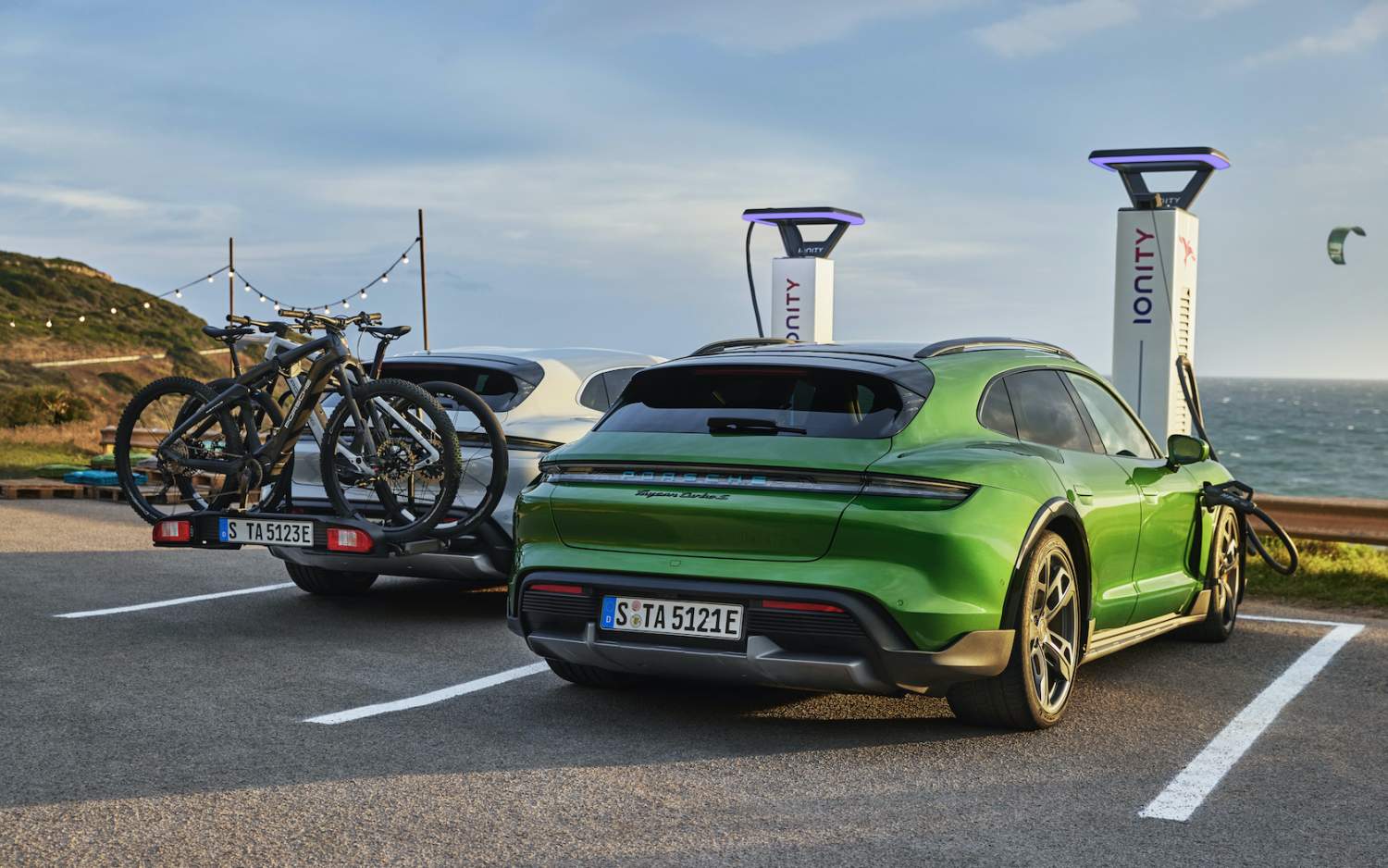 The Magura brakes are integrated into the handlebar, and are joined with Supernova LED lights that Porsche has integrated into the stem and the seat post. A Magura upside-down suspension fork and Fox rear damper are included too, with Porsche suggesting that – though the asphalt is the eBike Sport’s natural habitat – it could still hold up well in light off-road situations.

If the latter is your playground, though, you’ll probably want the Porsche eBike Cross. That uses a new Shimano motor for contributing power, with a mechanical Shimano shifter for faster gear changes. Magura MT Trail high-performance brakes are paired with extra-large, heat-resistant brake discs.

The handlebar has a Shimano color display – showing distance, range, and speed – and there’s a full-suspension carbon frame with a hydraulically adjustable Crankbrothers seat post. 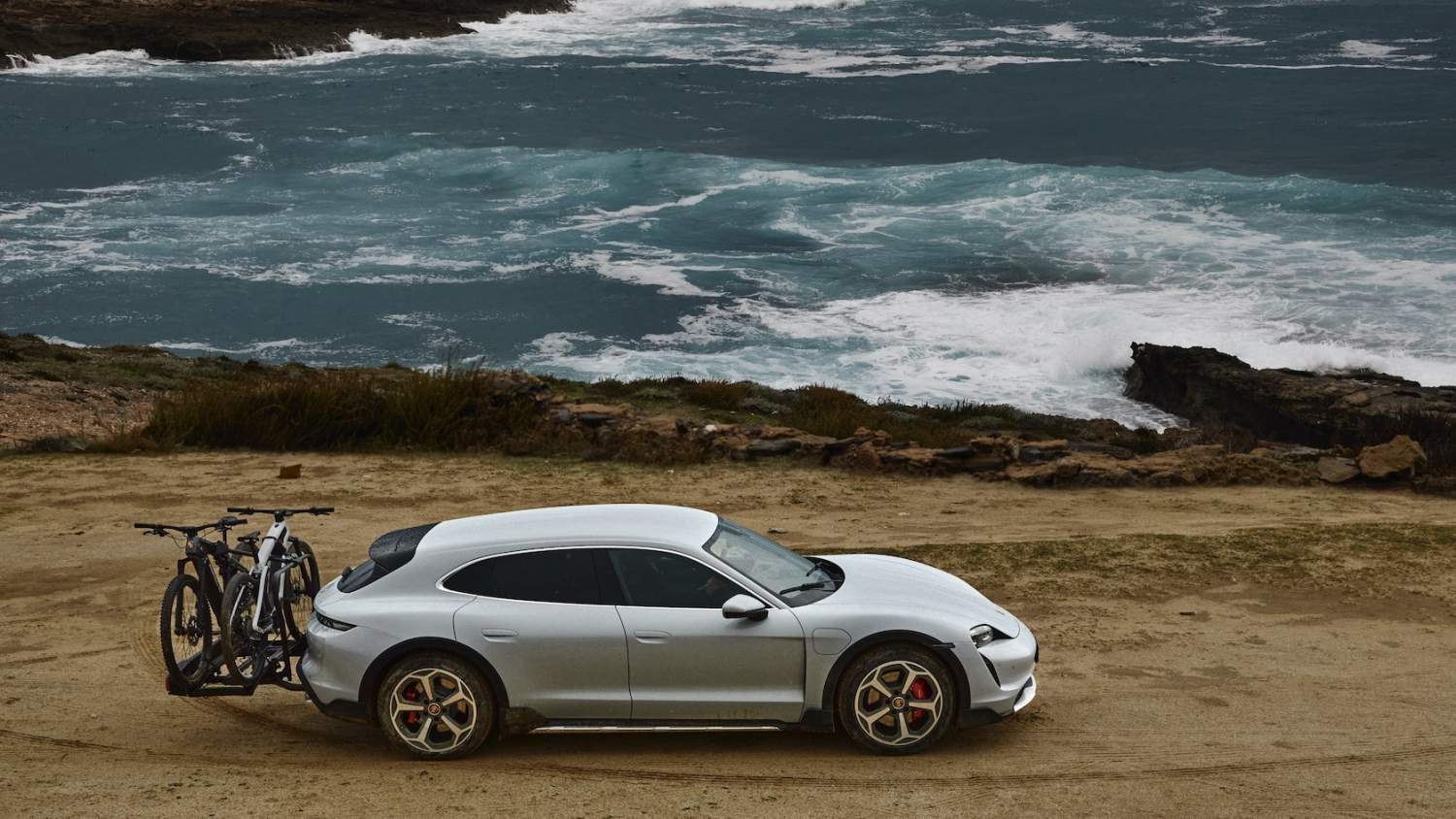 Porsche says that the two e-bikes were inspired in their design by the Taycan Cross Turismo, with the carbon frame – given a flat finish by Studio F. A. Porsche – intended to echo the roofline of the new electric wagon. Since they’ll pair so nicely, then, it’s no surprise that there’s also a Porsche rear bike carrier for the new EV. That can carry up to three bikes at a time, including of different sizes, and still supports opening the tailgate even with the rack loaded up.

Porsche will offer three frame sizes for both bikes – S (rider height approx. 1.56 to 1.70 metres), M (approx. 1.68 to 1.82 m), and L (approx. 1.80 to 1.94 m) – when they go on sale from spring 2021. Pricing will be confirmed closer to release, and Porsche says it also plans to offer a combo package with the rear bicycle carrier for the Taycan Cross Turismo in some countries. For that car, of course, you may be waiting a little longer: deliveries in the US aren’t expected to begin until Summer 2021.