Polestar’s striking Precept Concept will launch as the Polestar 5 in 2024, the electric automaker has confirmed today, a shapely four-door grand tourer EV. Unveiled last year, the Precept Concept was a chance to tease not only a new design language but a fresh approach to environmentally-considerate materials, but the response seemed to surprise even Polestar.

Near-universal acclaim gave the automaker the nudge it needed to green-light the Precept for production, though at the time the details were still in very short supply. “The public said ‘We want it,'” Polestar CEO Thomas Ingenlath commented late in 2020, “so we decided to build it.” 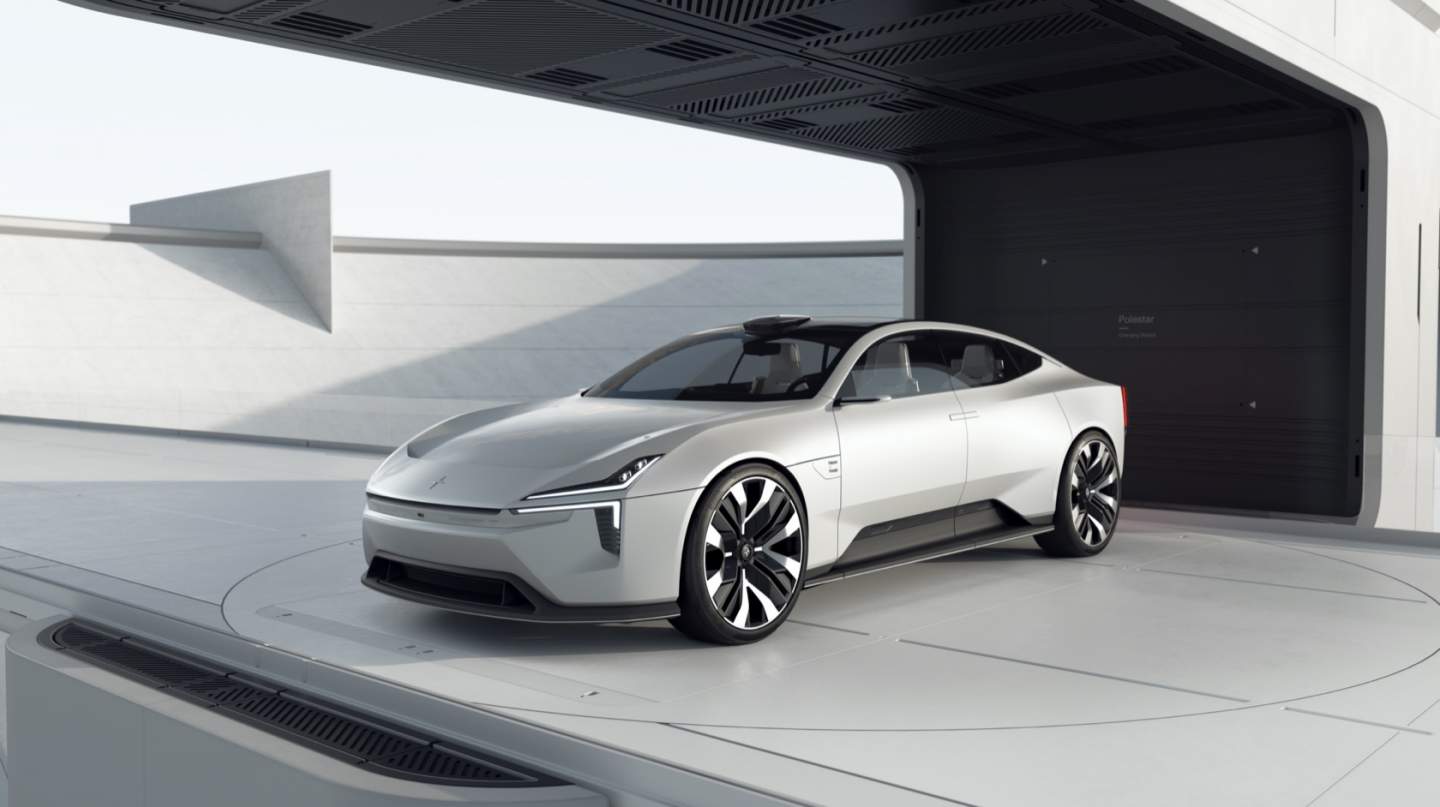 Fast forward to today, and there’s a little more information. The production GT EV will launch as the Polestar 5, the automaker has confirmed. That nomenclature follows the original Polestar 1 two-door luxury hybrid coupe, the Polestar 2 fastback EV currently on sale, and the upcoming Polestar 3 electric SUV which we’re expecting to see launched next year.

The Polestar 5 is still a few years out, then, but according to the automaker the goal is to make the production version as near to the concept as possible. The freshly released image at the very top of the article shows a near-production Polestar 5, in fact, and at first glance the overlaps with the white concept car are impressive.

The full-width light bar, angling down into the very corners of the EV’s tail, is carried over, as is the concave surfacing treatment on the trunk and on the lower doors. It’s no surprise that more traditional side mirrors have taken the place of the Precept’s cameras, or indeed that the rear-hinged back doors have been replaced with a more traditional – and practical – B-pillar and standard doors. The flush handles, however, have been kept. 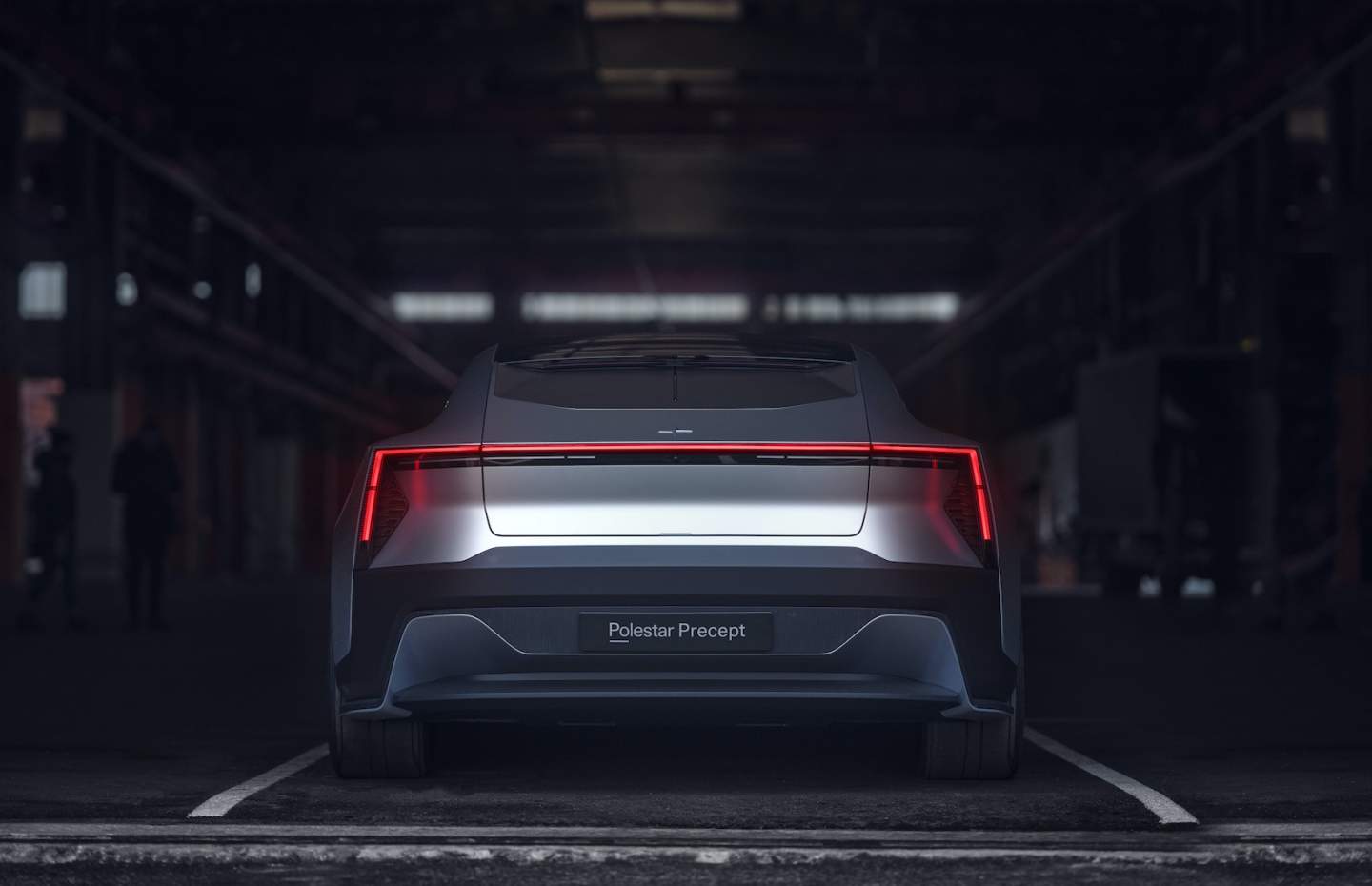 Peering inside through the window, and from what we can see of the dashboard, it looks fairly near to the concept car, too. That means a big, portrait aspect touchscreen in the center – just as the Polestar 2 boasts – which we’re expecting to run Android Automotive OS with a custom skin for the EV.

Of course, how it looks was only one aspect of the Precept Concept: what it was made from was arguably a bigger component of the overall story. “Precept was developed to preview the future of Polestar, embodying the company’s key pillars of design, sustainability, technology and performance,” Polestar said today in a statement. “Now seen with production readiness in mind, the Polestar 5 electric car embodies the company’s increasingly independent and muscular design language, cues of which will already be seen on Polestar 3 electric SUV that is expected to be launched in 2022.”

In the case of the Precept, that meant things like recycled PET bottles that had been knitted into the fabric for the seats, along with reclaimed fishing nets that Polestar made into carpets. Recycled cork featured on the seat bolsters and headrests, while a flax-based composite developed by Bcomp – lighter than plastic or other more traditional materials, but with a far smaller environmental impact – was used for trim pieces. The result was a clean, minimalistic cabin that didn’t shy away from new expressions of luxury.

For the concept, Polestar was coy on making predictions for things like performance and range. Still, with a similar footprint – and premise – to a Porsche Panamera, it seems likely that the goal will be a relatively long-distance tourer with no shortage of power. 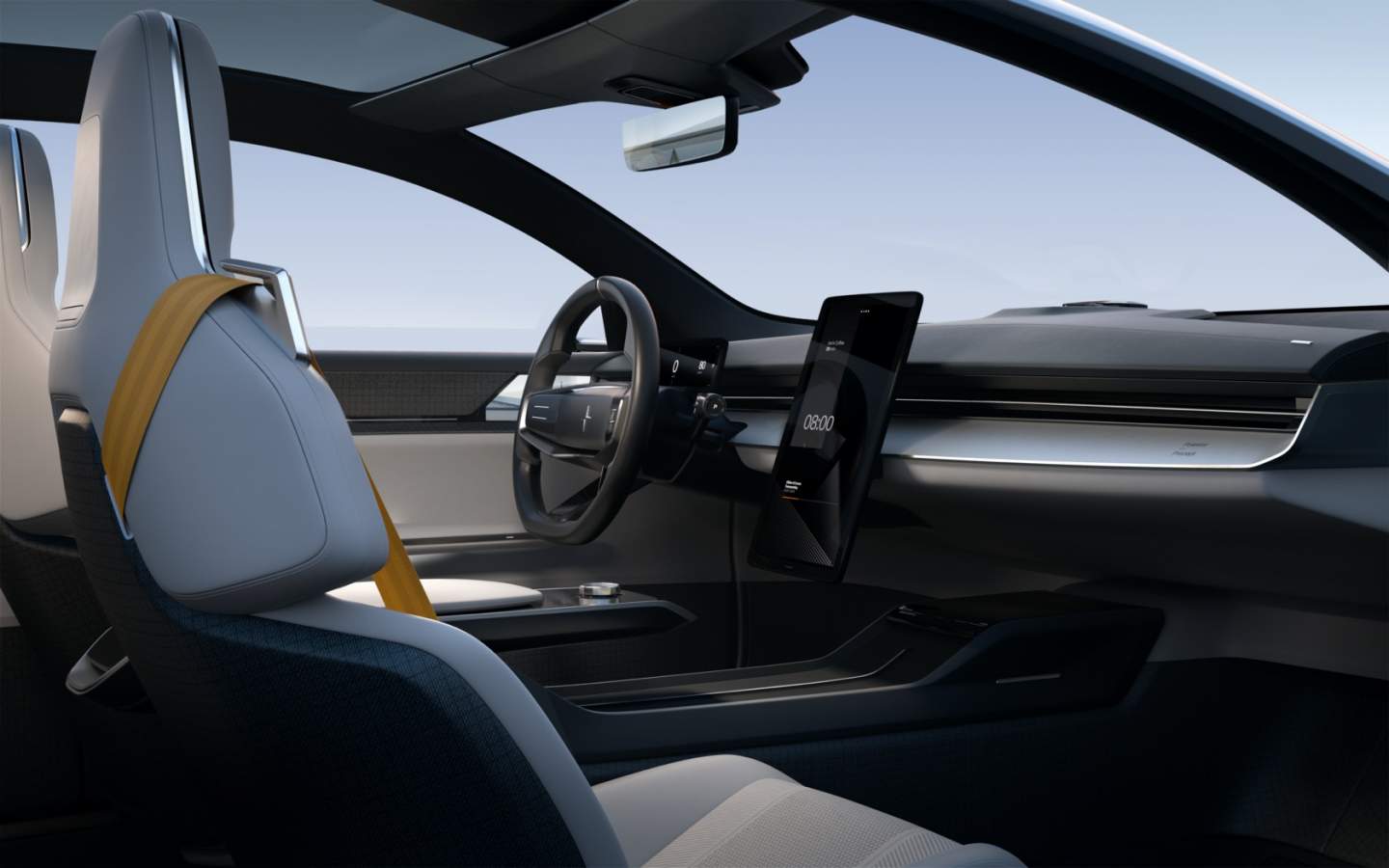 By the time the Polestar 5 reaches the market, mind, it’ll have some established competition. Porsche’s Taycan arguably sets the temperature for the EV GT category today, though Audi’s e-tron GT – which shares plenty under the sheet metal – is similarly compelling. Mercedes, BMW, and others will have luxury EVs that go head to head with Polestar 5, too, with the advantage of mainstream brands behind them.

What success may hinge on, then, isn’t so much range and outright performance, but if the Polestar 5 can sufficiently capture not only an audience keen on pure electrification, but a broader green message. For the most part, the current line-up of EVs out there make some small nod to recycled materials but rely primarily on their zero-emissions drivetrain for their eco credentials. If Polestar can broaden that discussion, it could create a new space for its new EV to squeeze into.