There are a few mixed messages out there today about how compatible Pokemon Alpha Sapphire and Pokemon Omega Ruby will be with Pokemon X and Y. As it turns out, there WILL be SOME compatibility between the lot, but not a massive amount. Neither Primal evolutions nor Mega evolutions will be available in X or Y. You might be able to fight them, but you won’t be able to use them in X or Y – or so we were told in a tip. But it’s not that simple.

An interview has been released by GoNintendo which has GameFreak developers Junichi Masuda and Shigeru Ohmori speaking about Pokemon Omega Ruby and Alpha Sapphire.

Shigeru Ohmori spoke up on how Mega Evolution, introduced in X and Y, will be joined by Primal reversion in ORAS: “In Pokemon X and Y we introduced Mega evolution… Primal reversion works a little bit different. In ancient times, long long ago in the Hoenn region, [Pokemon like] Kyogre and Groudon used to be much larger and much more powerful.” 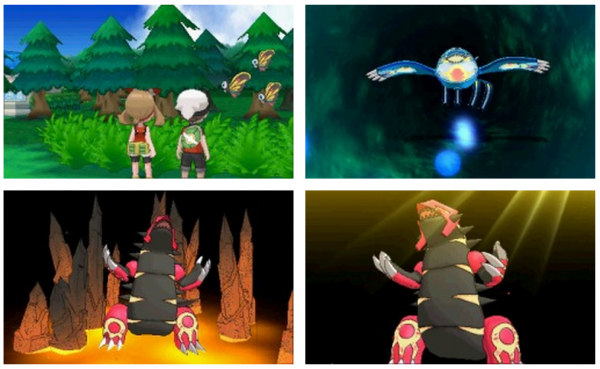 “By going to a special place in the game,” Ohmori, continued, “they can regain this power. But only temporarily, they can absorb this ancient energy and regain their primal form.”

We’ll likely learn more about compatibility once we see the Demo later this month. Some will get the demo as early as tomorrow!