As Valentine’s Day draws ever nearer, the potential for Pokemon Go’s Gen 2 update grows ever riper. One mighty Gen 2 update has the potential to be as much of a change to the platform as Gold/Silver were to the original series. Clues appeared in the most recent update to the game’s APK file for Android pointing to a new set of Johto updates. This collection added to the already significant backlog of not-quite-published bit of code. UPDATE: The Valentine’s Day event is official!*

The following information is based on information harvested from APK releases of the Niantic-made Pokemon game Pokemon GO. Information also comes from our anonymous source with knowledge on the subject matter. This is the same source that’s turned out to be quite accurate on most occasions while predicting Pokemon GO events and happenings since the first release of the game in June of 2016. All the rest is relatively obvious once the data is provided – what else could a reference to “Shiny” mean when it comes to Pokemon than a Shiny Pokemon?

Image above: Illustrated by The Blue Pangolin, VIA Deviant Art. There, the individual icons/avatars are available in a single download, all separated for your convenience. This grid of images has been modified by SlashGear to fit this article.

There’s a lot of potential in the live code of Pokemon GO that’s already been released by Niantic. They have a rich history in Pokemon games, TV shows, and movies to work with. Based on the examinations of the game’s code we’ve done over the past few months, we can safely say Niantic is exploring a lot of possibilities. Advances in features and game functionality between the original Pokemon (Kanto) and Gen 2 (Johto) are numerous.

When Pokemon Gold and Silver was introduced, The Pokemon Company revealed a large amount of depth for the game series. This remains one of the largest advances between generations of Pokemon games in the history of the game. Generation II introduced 100 new Pokemon, including pre-evolutions of Gen 1 Pokemon, evolved forms of Gen 1 Pokemon, and a bunch of Pokemon completely new to the system. This generation also included a whole lot more.

Pokemon GO can’t realistically incorporate every single item on the list of gameplay expansions to the mobile platform. That wouldn’t make sense for a game that didn’t focus on the same experience as the Gameboy/DS/3DS Pokemon universe in the first place. However as we’ve seen in the code for Pokemon GO, several items from this list are in testing and/or are planned for release in the near future.

The Pokemon Silver and Gold gameplay elements we’ve seen in our most recent teardown of the Pokemon GO APK include the following. Note that these might not all come at once, but chances are they will come at some point.

Two new models have appeared recently as well – just as we were lead to believe earlier this year. Our anonymous source with knowledge of the subject matter suggested that Eevee’s Johto evolutions were under consideration for the next update to Pokemon GO. What better time to celebrate the first Eevee evolutions to come with Friendship than around Valentine’s Day?

The two models that’ve leaked most recently – as you might have guessed – are Espeon and Umbreon. Chances are that Niantic either planned to release these 4th and 5th evolutions of Eevee this Spring and hesitated, or they’re coming to the game very soon. That’s the good news – that and the idea that we might see the rest of the teased elements above in the game before May or June roll up on us.

While it’ll be a real breath of fresh air to see new items, functionality, and Pokemon in the game, chances are we won’t see an update in the near future. We probably wont see any sort of majorly significant update, anyway.

Niantic is not pushing the game as hard as they can, making as much cash as they can as quick as they can. Instead, Niantic is playing a long game. Seeing the potential for long-term growth, Niantic is refining and simplifying as they update.

We tear down the code for the Android game file each time Pokemon GO is updated by Niantic. In these files we can see that Niantic isn’t just jamming in more code willy-nilly each time they update. They’re developing with more care than they did when the game was first being updated.

The bad news is that we’re probably going to have to wait until late May or June to see Niantic update Pokemon GO to Gen 2. Late June will be a full year since the game was initially launched as the best game EVER. The potential for that update is great – for Niantic to grow with sponsorship deals, for users new to the game to join for the first time, and for O.G. gamers to begin the game anew – like Uncle Rico! 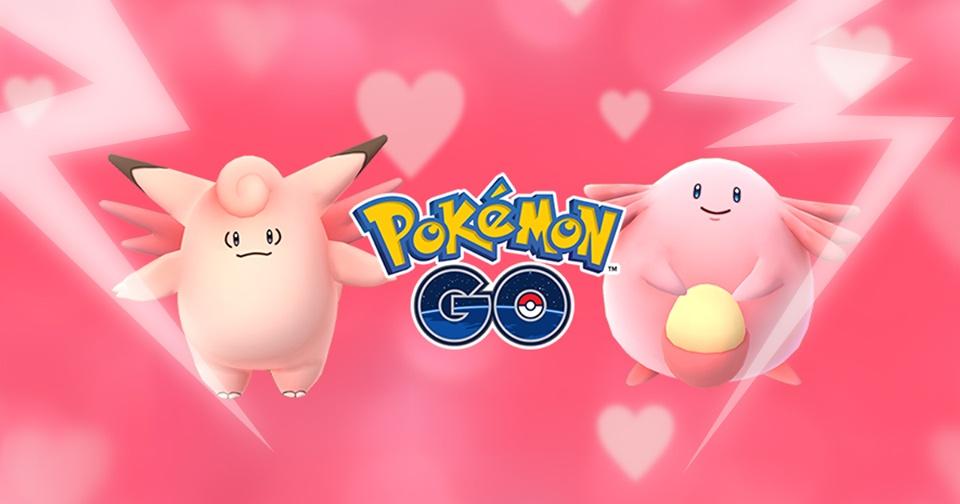 *UPDATE: Valentine’s day is upon us as Niantic makes the event official this morning! Unfortunately this does not mean we’re getting any more Eevee evolutions, but it does mean we’re about to go Pokemon Candy crazy! Niantic suggests that this Valentine’s Day event will bring the following to the masses:

This event will begin on February 8th at 11AM PST and will last until the 15th of February. As it was with past events, we would not be surprised if this event’s bonuses lasted beyond the end date – but we’ll see! See our expanded analysis of the Valentine’s Day event to see what else is coming!