Pokemon GO is the best game EVER: here’s why

Today is the first day I’m able to speak in public about my experience with Pokemon GO. It’s been about a week and a half since I first started playing in the Field Test – very similar to the Beta most people were playing (likely identical) – and it’s time to let loose. This game is fantastic. Not in the same way a visually spectacular game like Fallout 4 or DOOM are fantastic, but in a new way. A way that’s not like any game I’ve played before. Pokemon GO is a real game-changer.

Pokemon GO is a game you play on your smartphone – Android or iPhone. You sign up and pick a nickname for yourself and you’re given a few items with which to capture and take care of Pokemon. Pokemon, if you for some reason do not know at this point, are cartoon creatures that live in this game, taking the place of animals in this universe. 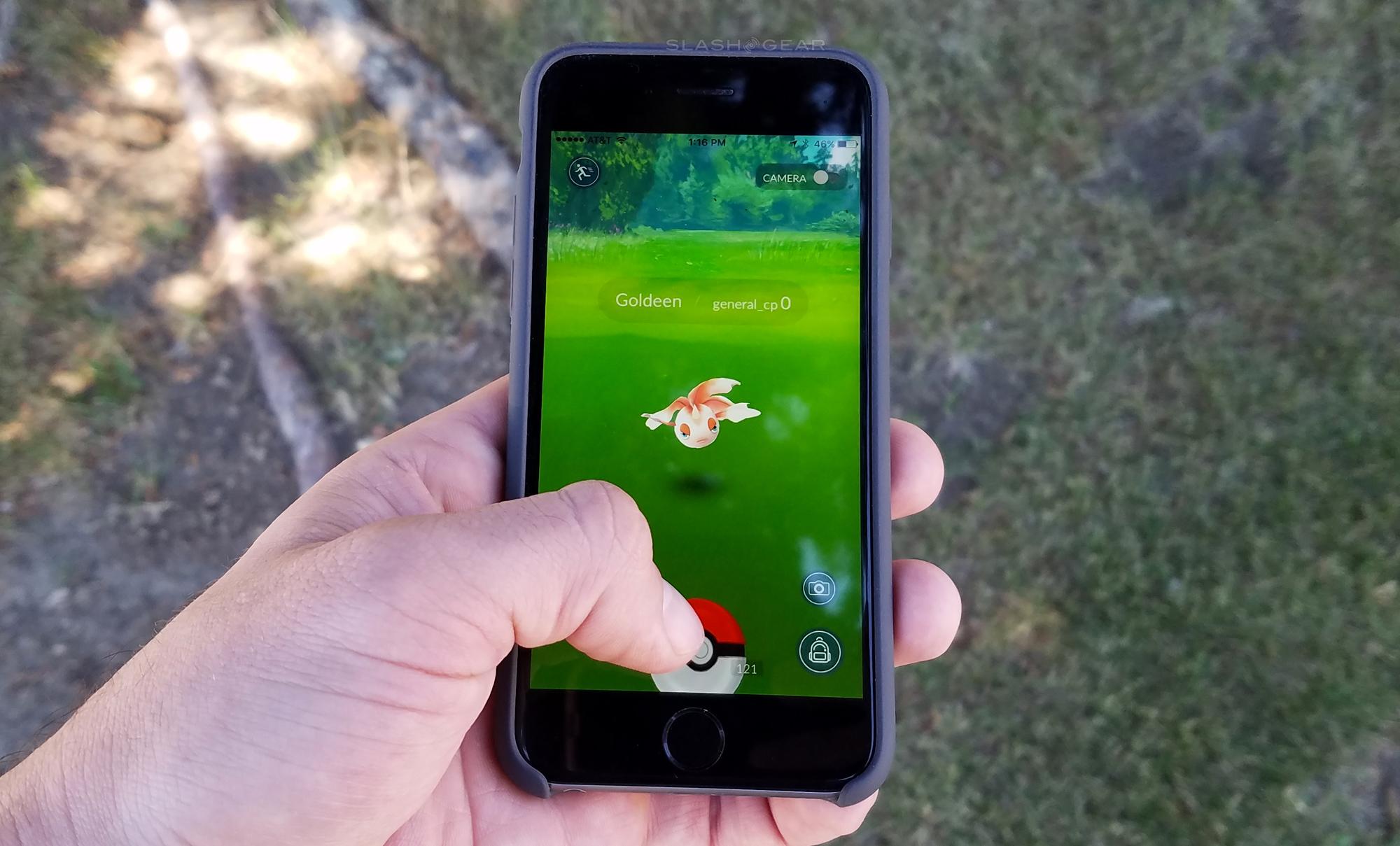 Your job is to capture Pokemon and use them to battle other people like yourself using these creatures as warrior minions. It sounds worse than it is. In the game it’s not at all violent, and the vast majority of the game has more to do with finding Pokemon than it does with battling them against your opponents.

This game uses an engine developed by Niantic, formerly a group that was once inside Google but is now independent, collaborating with Google, GAME FREAK, Creatures Inc., Nintendo, and more. This game was built the same engine that Ingress is run on. It uses Google Maps to map the world and place both you and game elements on a real world map in your phone.

Pokemon GO is a worldwide game, active everywhere on our planet. You can catch Pokemon anywhere there’s a human population.

This game uses landmarks of many types for caches of items you can grab when you get close enough. Physically, that is. This game requires you to actually be within around 100-feet of Pokemon, PokeStops, or Pokemon Gyms to interact with them. 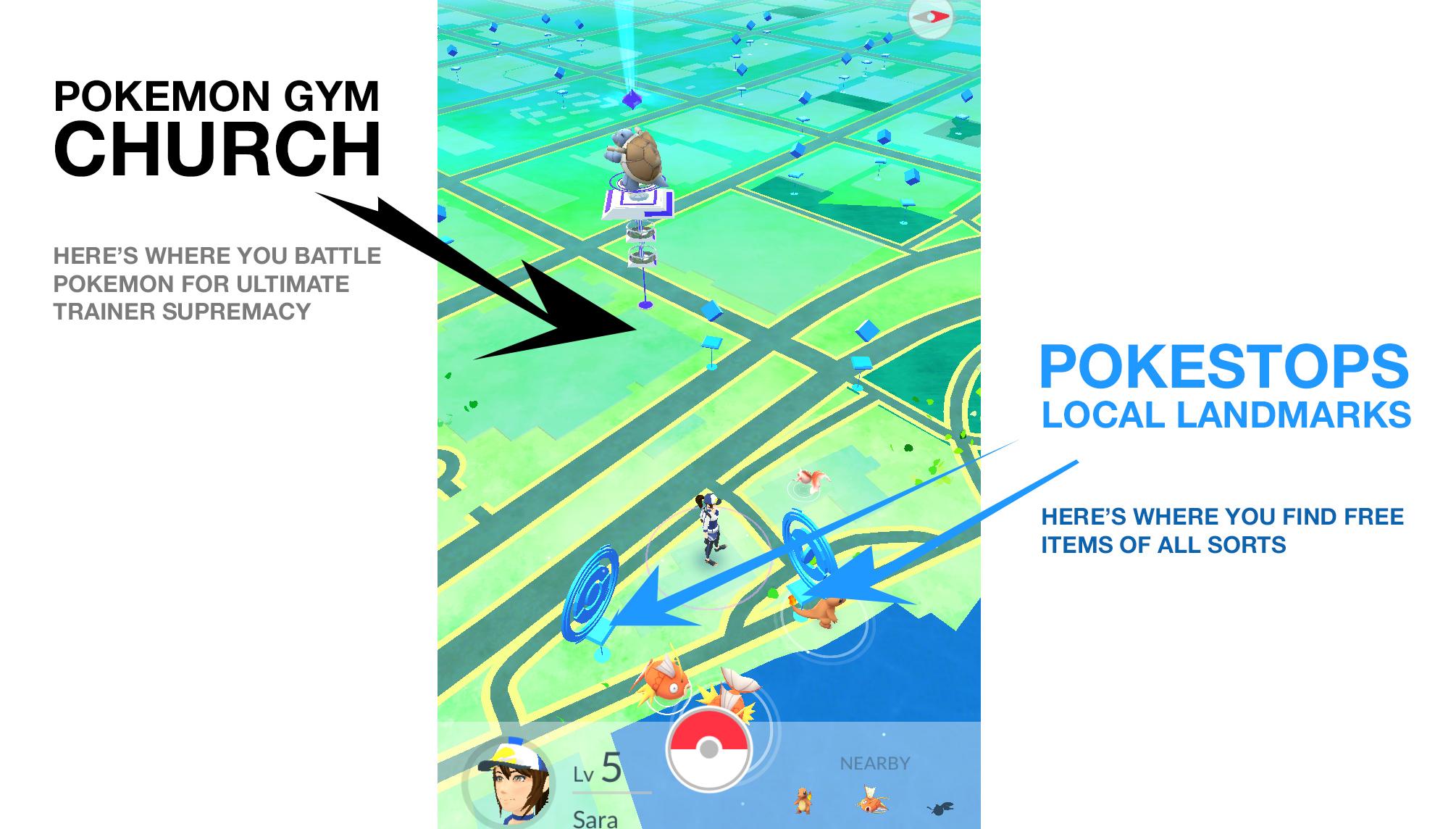 You’ll find each of these places and monsters placed automatically according to geographical location. Water-type Pokemon can be found near rivers and lakes, for instance, while PokeStops are placed on landmarks.

Pokemon Gyms are placed on public parks, churches, and other religious gathering places. Let that sink in for a minute if you’ve never played Ingress and aren’t used to the oddity.

This game motivates me to walk further and more often than anything else ever has. I don’t especially care about racking up points on a fitness band, nor do I find my own health nearly so motivating in the moment as finding a Pokemon in the wild, especially if I’ve not yet caught that particular Pokemon.

It should very well seem extremely strange to the uninitiated.

I certainly feel childish for suggesting it. 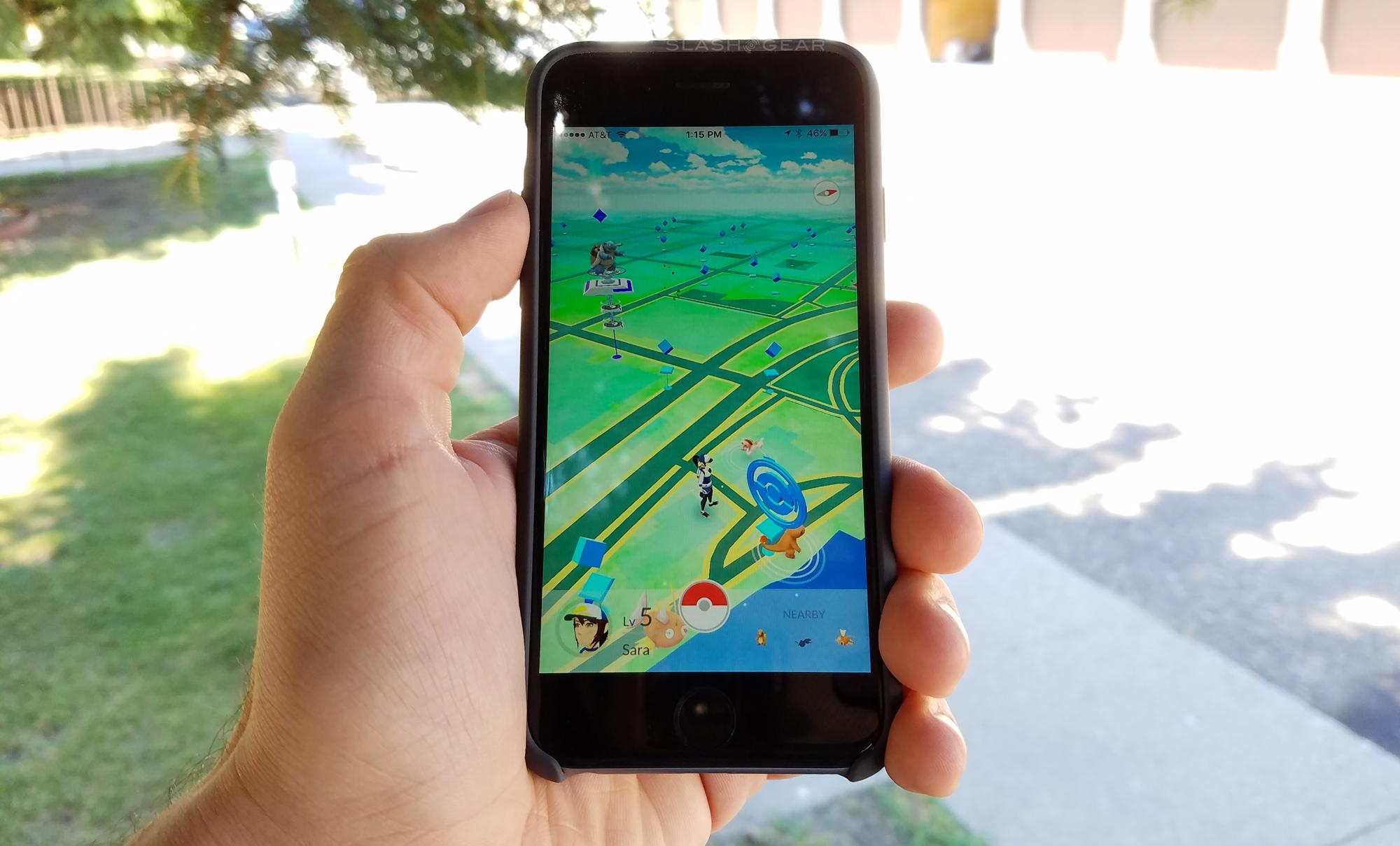 But finding these creatures out in the real world with an app on my smartphone that only allows me to attain them by walking – that’s a video game motivating to get exercise in the real world.

I have a built-in understanding of what I’m looking for because of my experience with the original Pokemon Red and Blue games back in 1998. That was back when I had a LOT more spare time to get addicted to video games that required more attention.

Now the Pokemon Company comes back 18 years later with a game that sets free the most entertaining elements in that game to the real world – and I’m hooked again. There wasn’t a chance I wouldn’t be.

Not a whole lot is bad in this game so far. I wish I were able to play it with a device that wasn’t connected to the internet – that might end up being a problem solved by the Pokemon GO Plus when the time comes.

I’d also like to see more variables introduced with Pokemon battles at gyms. At the moment it’s mostly a game of jabbing the opposing Pokemon swiftly, hoping your monster is stronger (or at least swift enough) to win. I suspect more variables like this will be introduced once the game gets underway. For now, it’s a simple affair – as it well should be.

Everyone should play. Me and you, your mother, and your cousin too. This game is not difficult, requires very, very little investment of time, and doesn’t cost a dime. If and when you find yourself wanting to get deeper in to the game, you can invest more time, and more and more until you’re 100% obsessed.

And this is just the beginning. There are only 143 Pokemon right here at the beginning in the field trial – not even the full 150 from the original game – or 151 if you count Mew.

Pokemon GO has a lot of room to grow, and it’s already radically good. 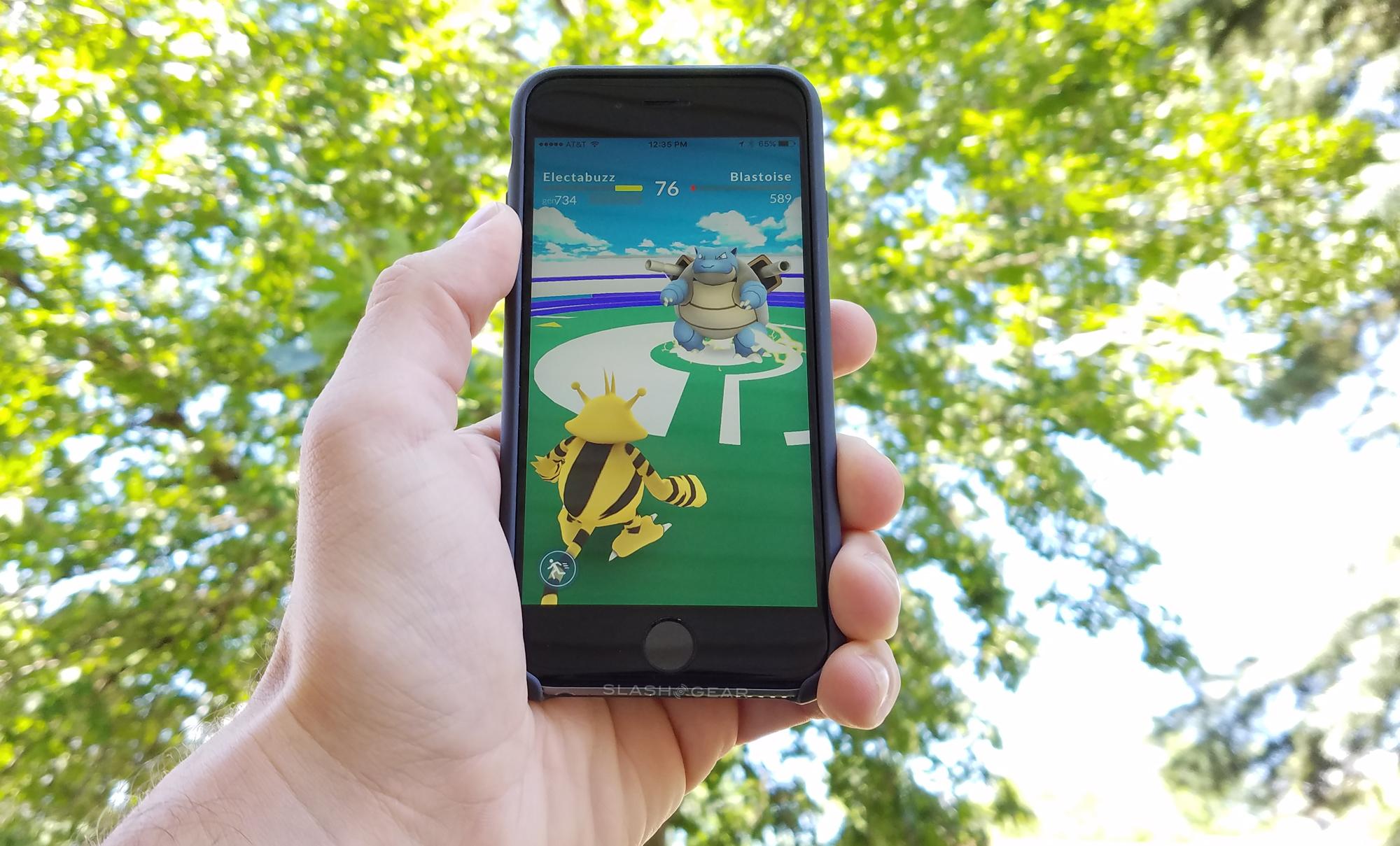 NOTE: At the time this review is posted, this game has not yet been released to the public. Niantic suggests that within the month of July, both iOS and Android users will be able to participate worldwide. Stay tuned to our Pokemon GO portal for more through the future!