Niantic’s latest update to Pokemon GO isn’t so much about the software – it’s about getting users out into the wild to snap photos with augmented reality. They’ve released a set of rules that correspond with a contest of sorts, one where the winners will receive a small set of prizes. Everyday Pokemon GO trainers are asked to snap a photo of their favorite Pokemon in the most excellent location they can find, submitting said photo then to Instagram.

Before we dive into the spookiest of holidays, the most excellent holiday of all, the darkest place from whens Pokemon GO springs, there’s a Niantic-led initiative some might call a contest on Instagram. Pokemon GO trainers are asked to submit a photo from inside the app’s Augmented Reality camera feature. Each of the photos will be judged in three columns of criteria. Each column includes 33.34% (one third) of the total points for each entry. Judgement criteria includes the following:

Each entry must be posted with the text: “#POKEMONGOCONTEST”. That’s the hashtag #POKEMONGOCONTEST, linked within Instagram, specifically. Don’t go submitting photos to Twitter thinking you’ll get a leg up! Head over to Instagram to see what’s already been submitted!

A few other rules are in the mix that aren’t immediately apparent in Niantic’s public statement on the contest. Contest photos “must not contain any content (excluding Sponsor’s content as required herein), material or element that displays any third party advertising, slogan, logo, trademark, or indicates a sponsorship or endorsement by a third party or commercial entity.”

Also don’t take any photos that are derogatory, offensive, threatening, defamatory, disparaging, or libelous. Also refrain from taking photos that are inappropriate, indecent, sexual, profane, tortious, slanderous, discriminatory in any way. Also make sure you read the warning whenever Pokemon GO opens – stay in areas you know you’ll be safe in, and don’t go where you’re not allowed by law or general obvious sense.

“Contest Entities do not condone taking photos in areas or dangerous situations that may involve certain health related risks, including risk of physical injury.”

ALSO – see that Mew in the hero pic above? Don’t do that. If you can’t actually have snapped the picture inside the app yourself, it’s not going to be considered a valid entry. Mew is in the game’s code, but not in the live game yet – so it’s creative, but not eligible to win. 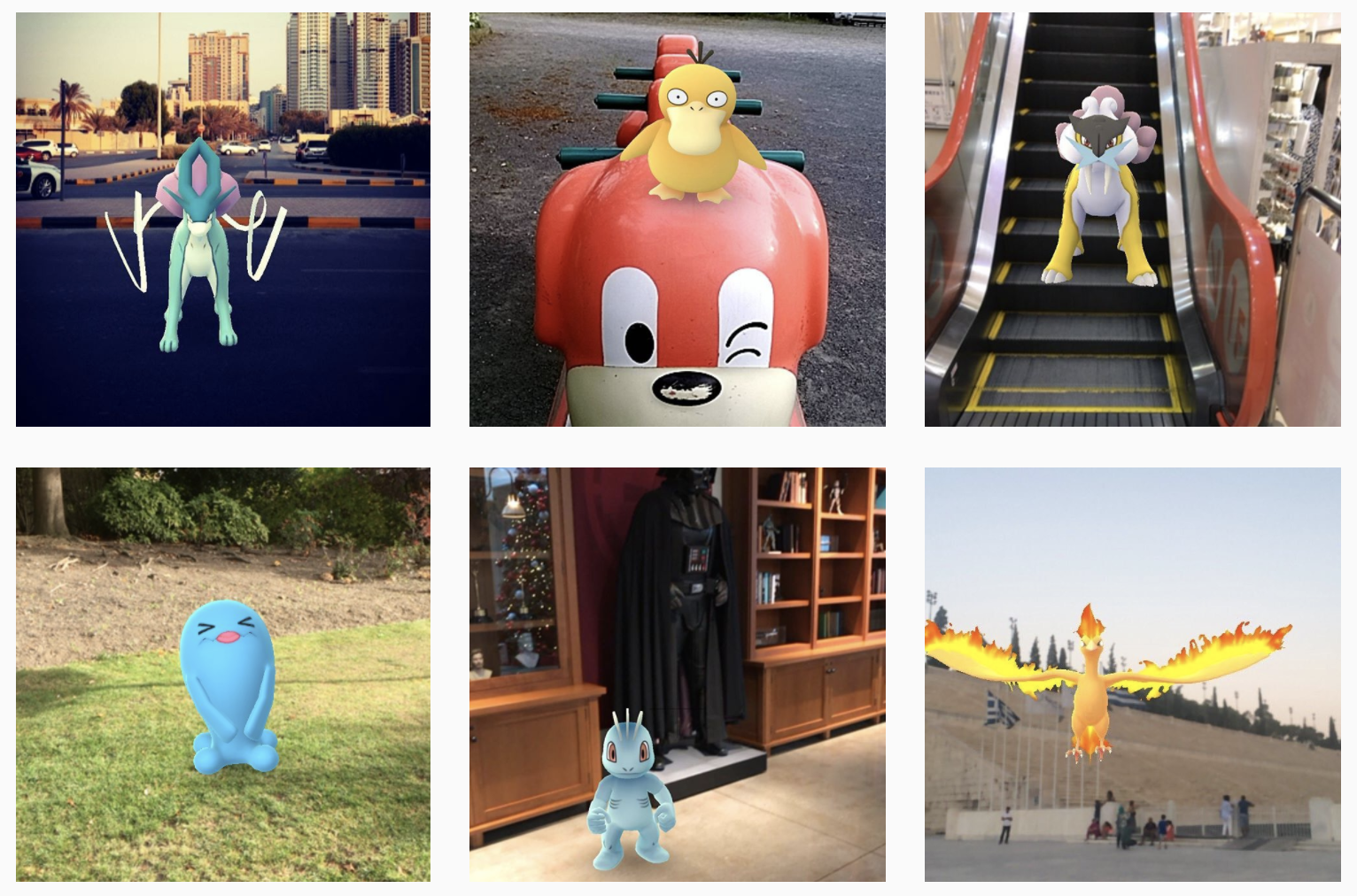 Announcements of winners will likely occur on the 25th of October, as that’s the final day submissions will be accepted. It’d be a real shocker if that weren’t also the first day of the next big Pokemon GO event. This event will center on Halloween, just as it was with the first Pokemon GO event in history.

Each one of 10 prize packs for this contest – or battle, if you wish to call it such a thing – include the following.
• (1) Pokémon GO Plus
• (1) poster autographed by Niantic team
• (1) pair of wireless earbuds.

Niantic suggests they’ll contact the winners when the time comes – and we assume they’ll be in charge of shipping said prizes as well. Cross your fingers and let the snapping begin, now and quick, as Halloween is just around the corner!