Pokemon GO this week: All the bonuses and Shiny Pokemon

Christmas is over and it’s time to roll back into Pokemon GO with a vengeance! New versions of Pokemon and Shiny Pokemon and a new wave of Pokemon right on the cuff of a new generation! New Pokemon that’ve launched this week include the snot-nosed Cubchoo, the evolution of said bear Beartic, and the snowflake by the name of Cryogonal. Then there’s a Shiny or two, plus a new Pikachu!

This week you can find Shiny Snover at an increased spawn rate, as well as Shiny Stantler wearing bells! In Pokemon eggs, you’ll find Alolan Sandshrew, Alolan Vulpix, Pichu wearing beanie, and Stantler wearing bells. Pokemon GO eggs have had a giant shake-up in recent weeks, so if you’ve got old eggs to hatch em, and get new eggs right now!

You don’t need to wish upon a star for more Stardust, Trainers. You just have to earn it! 🌟 Enjoy today’s #PokemonGOHoliday Double Catch Stardust bonus! 🤩🤩 pic.twitter.com/703uFb8xWu

Below you’ll see a list of the remaining bonus days and the bonuses that are given on each day for the rest of the week, on into the new year! The first two days of this holiday week had 2x Catch Candy and 2x Transfer Candy – now it’s time for that dust!

The big event takes place on the 28th! This is the same day there’s 2x Catch XP, and a few extra bonuses will appear for a limited time, perfect to ring in the new year with the last Saturday of 2019. This event will have 2-hour Glacial Lure Module duration.* This event will have 2 extra Raid Passes that you need to use during this event, and you’ll see Regice in 5-star raids. 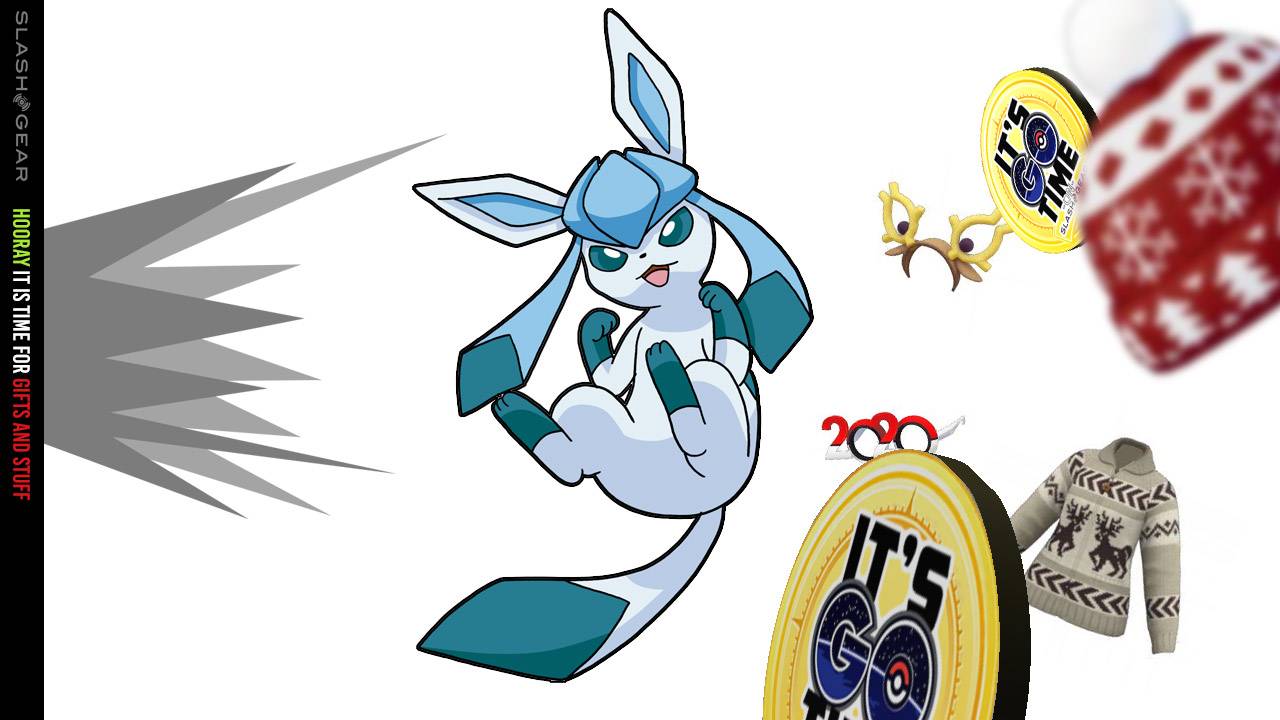 The Glacial Lure Module duration is 2 hours because you’re encouraged to collect all manner of snowy Pokemon. The most important of these is GLACEON! To take part in that, you’ll need to do the following, per Niantic: “If you use the Glacial Lure Module trick to evolve Eevee during the event, you’ll get a Glaceon with a special charged attack.” Check the Glaceon evolution guide in the Eevee reset feature to get a handle on that situation!