The Eevee evolution Sylveon began to appear in Pokemon GO this month – but it’s not in the game yet! The release date for Sylveon in Pokemon GO is likely imminent, though, as the Pokemon already appears in the code for the game. It’s not yet activated, but this Eevee evolution will appear with a set of rules and abilities that’ll make it a must for most Pokemon trainers.

If you have an Eevee after Sylveon is released, you will be able to guarantee an evolution to this latest iteration of the Pokemon with the name Kira. If you change the name of your Eevee to “Kira” and have enough Eevee Candy to evolve, your Eevee should show the Sylveon silhouette in its evolve button.

If you change Eevee’s name to Kira and you do NOT see the silhouette in the evolve button change, two things could be happening. If you’ve not done this naming evolution before with Kira/Sylveon, it’s possible Sylveon is not yet active in the game.

If you’ve already done the Kira/Sylveon name evolution process once, you will not be able to do it again. This is a ONE TIME deal. This is the same with all the other Eevee name change evolutions, too. The full set of names includes corresponding keys to Vaporeon, Jolteon, Flareon, Espeon, Umbreon, Leafeon, and Glaceon, too.

There’ll quite likely be another way to attain this next-generation Pokemon in an evolution from Eevee, too. We won’t likely know this particular trick until Sylveon is activated in the game, as it’ll likely require a code change to Eevee. Can’t have one without the other. 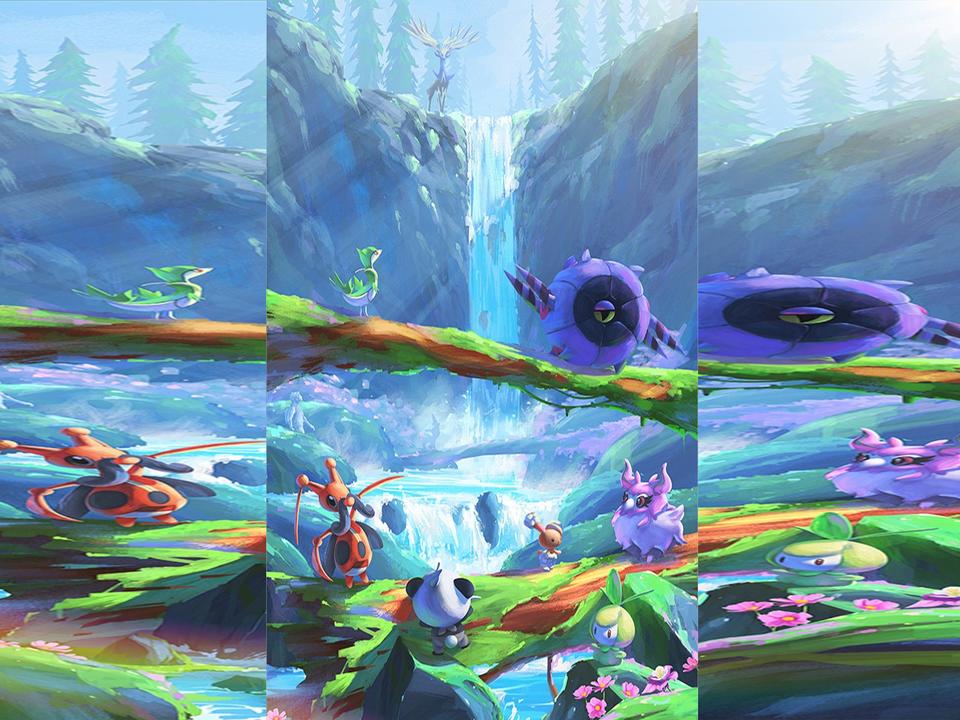 Above you’ll see the tease sent by Niantic in the game via the loading screen for the game Pokemon GO. Can you spot the Sylveon? Take a peek at the timeline below for more recent updates to the game, too!