A Pokemon GO egg event just started, and there’s a whole lot of SHINY going on as a bit of a bonus. The short story is – hatch as many Pokemon Eggs as possible, as this event is extremely rare! This event has a number of new gift boxes available in the in-game store, and we’ve got the value calculations for you, too!

Users that have a bit of extra Pokemon Coinage lying around might want to take a look at the boxes available in the in-game shop. There, you’ll find three options – Special, Great, and Ultra. The following rundowns are accurate – and though the findings are sort of subjective, we stand by these findings!

• Ultra Box: If you need Super Incubators, Raid Passes, and Lucky Eggs, you’re going to get a 1120 discount, plus you’ll get 25 Star Pieces essentially for free. Unfortunately, this box is hella expensive, and you probably don’t need all the items the box comes with. (1480 Coins: 10 Lucky Eggs, 5 Premium Raid Passes, 8 Super Incubators, 25 Star Pieces)

Eggs from this event have the ability to hatch into a WIDE variety of different sorts of Pokemon. They’ll only hatch into this wider variety if they’ve been harvested from Pokestops AFTER the event’s started. All your old eggs are crap! Get a new egg, get one now! These confirmations were made via the fine folks at Reddit’s The Silph Road, and user Justrplayss!

A new collection of Shiny Pokemon is in the mix as well! A Shiny Magby was found, as was a Shiny Wynaut, a Shiny Togepi! Users that are doing battles against Lugia can POTENTIALLY find a Shiny Lugia – but the chances aren’t real good! 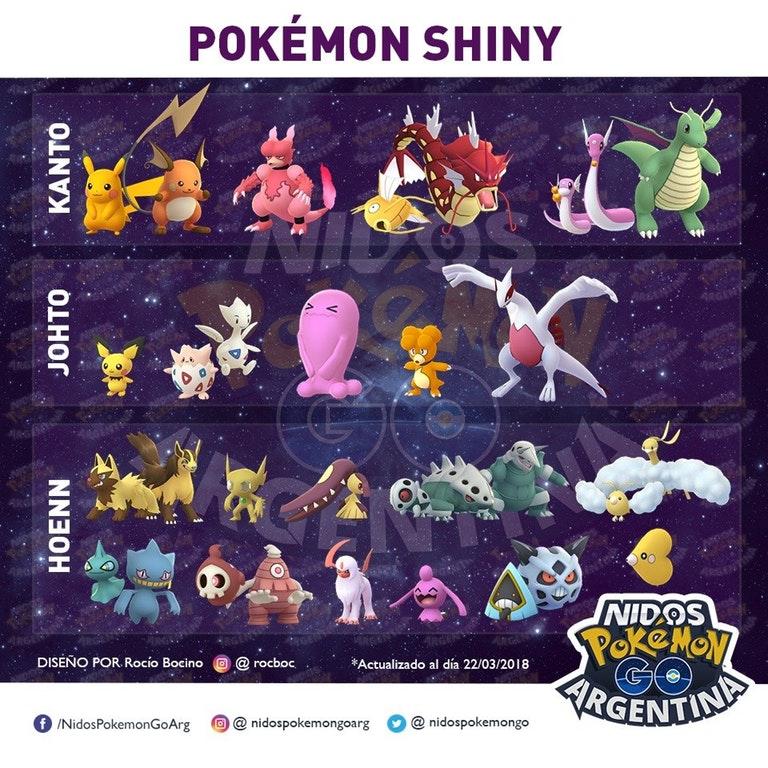 Above you’ll see a lovely NidosPokemonGO-made chart of all the SHINY Pokemon that’ve been released thus far. Those that haven’t found the whole lot – despair! Thanks to our friends in Argentina for making this super simple chart!