This morning Niantic revealed details on their next big Pokemon GO event: Eggstravaganza (2018.) This event takes place at the end of March, making way for the most Eastery of months – April! No foolies, this event lasts until the second of April, right through the egg-filled holiday. Inside special boxes for this event are Super Incubators, Star Pieces, and more oddities to assist in the egg-filled romp.

Throughout this next Pokemon GO event, users will find a bunch of egg-related bonuses going on. For starters, bonus Candy will be given for each hatched Egg. Users will also find double Stardust throughout the event – for every different action that normally gives regular amounts of Stardust. Walking to hatch eggs and capturing massive amounts of Pokemon that associate with the Pokemon you want to evolve – that’s what this event is all about.

Users will want to hatch all their old eggs quick and move on to the new, once the event begins. According to Niantic, “a creater variety of Pokemon will be found in 2 km Eggs.” During the event, ONLY 2km Eggs will appear with spins of PokeStops during the event – instead of larger eggs, that is to say. In those 2km eggs, users will find Pokemon of all sizes. 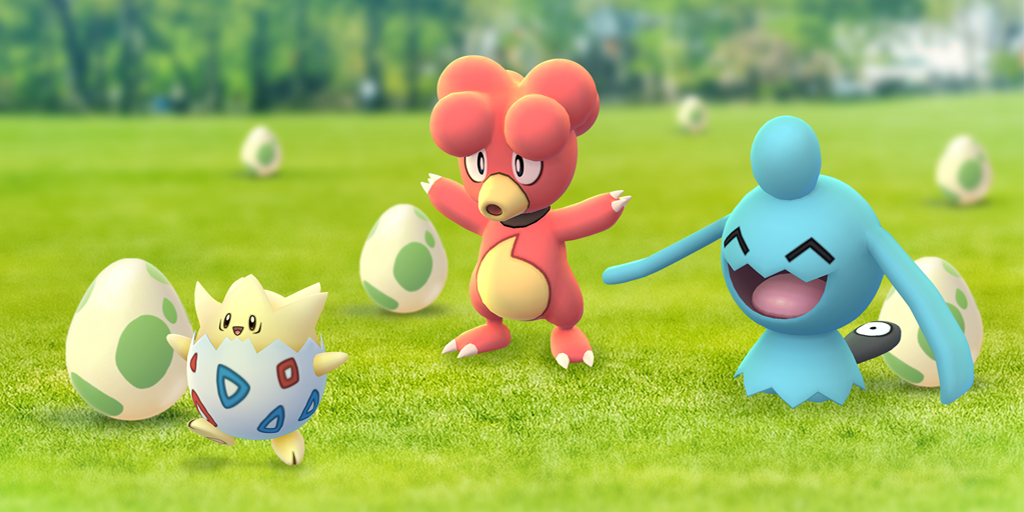 Above you’ll see the in-game image associated with this event. Don’t be surprised to find those three babies appearing more commonly than others throughout the week at hand! Hopefully we’ll also see some more heavy-hitters – Pokemon not normally appearing in eggs, and the sort. Cross your flippers and your claws.

The 2018 edition of Pokemon GO Eggstravaganza will begin on March 22nd, 2018. This event will run through April 2nd, 2018, providing a whole lot of time during the Easter holiday – if you take a holiday then – to run around hatching in-game eggs. Remember that special eggs for this event only come once the event begins – so don’t waste your egg-hatching time early!