Halloween 2021 is here in Pokemon GO, and we’re taking a peek at ALL the contents you’ll want to be aware of starting this morning. This includes Shiny Pokemon GO action, lists of Raid counters, Best Pokemon to seek, and the full bonus list for the next couple of weeks. This is the best event of the year, and it’ll last the next two weeks!

Start by taking a peek at our big Shiny Pokemon list to see which Pokemon will be Shiny in Pokemon GO over the next couple of weeks. And remember, you’ll want to check the Pokemon on the list AND all the first 150 Pokemon – every one from Kanto Region. They’re ALL active as Shiny Pokemon in the game as of now – every single one of them!

If you’re looking to beat the current boss of bosses in Raid Battles, take a peek at the big Giratina raid counters guide. This guide was made for Raid Hour – but it’ll work just as well at any other time you’re looking to battle this monstrous beast. 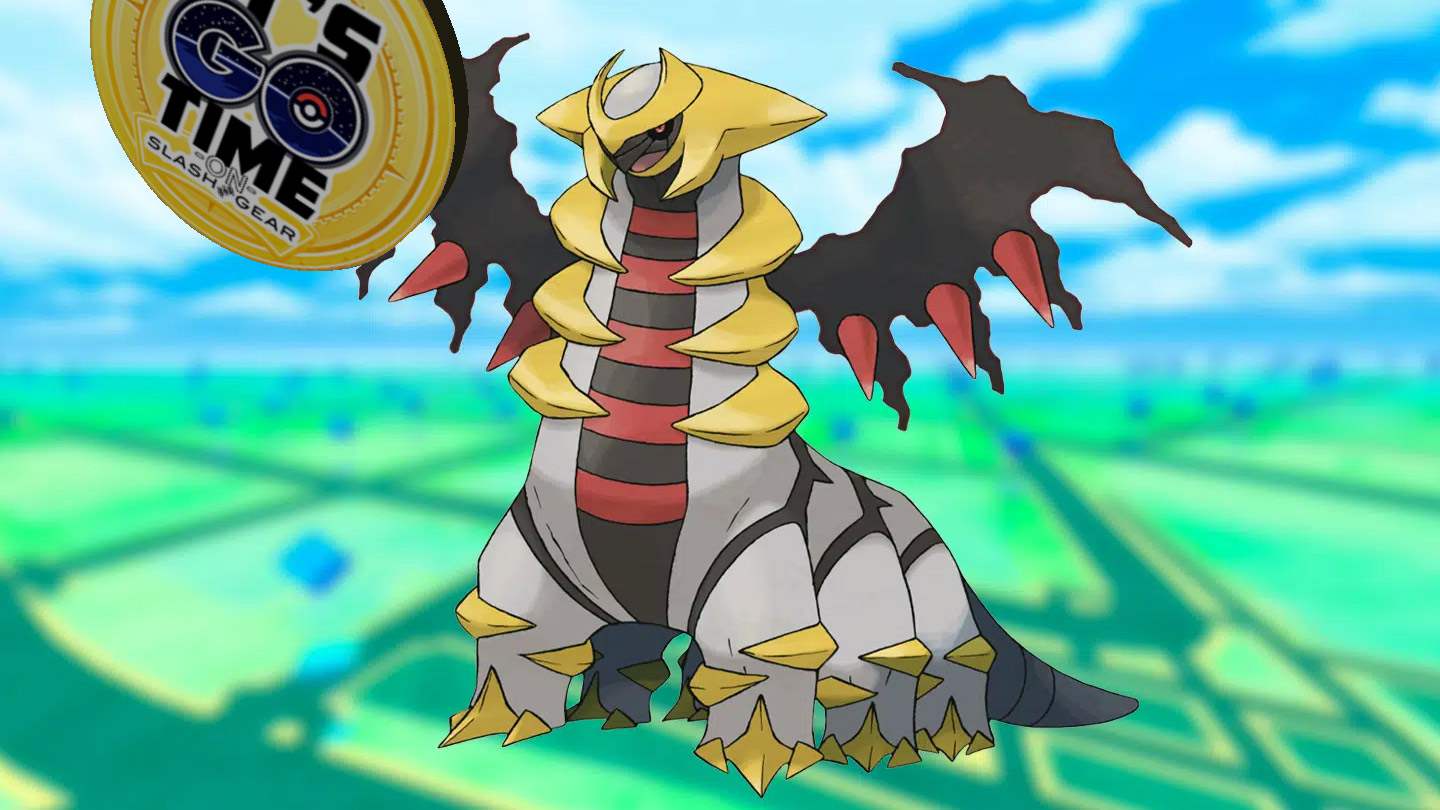 We’ve got a bit of a guide that’s valid at any time, but perfect for this gift-giving season, with our Pokemon GO Friend Codes guide. Trainer Code trading and gift giving and raid battle invites aplenty! 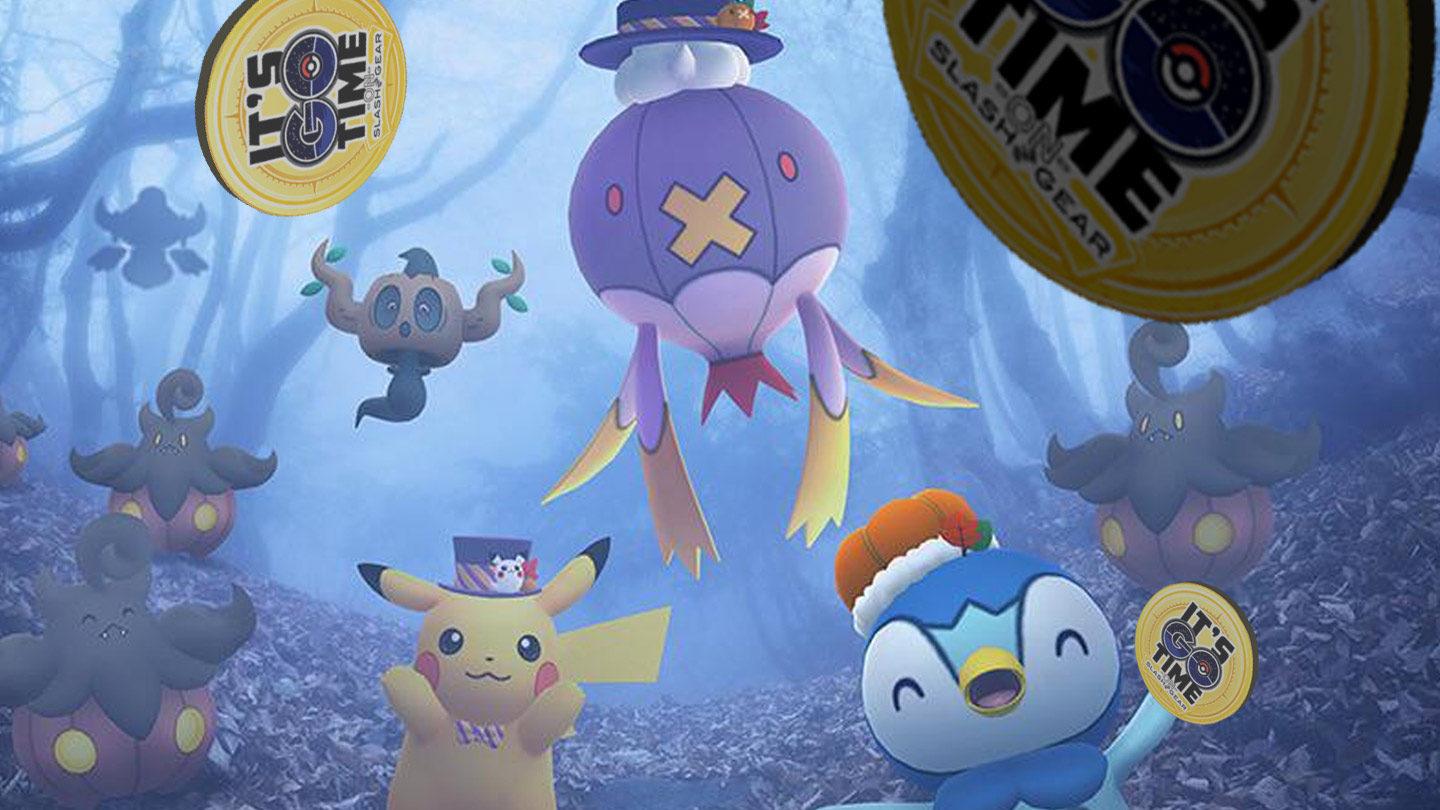 This next couple of weeks we’ll be seeing plenty of Galarian Slowking action, complete with the potential for a Shiny edition – but we need that bit to be confirmed! 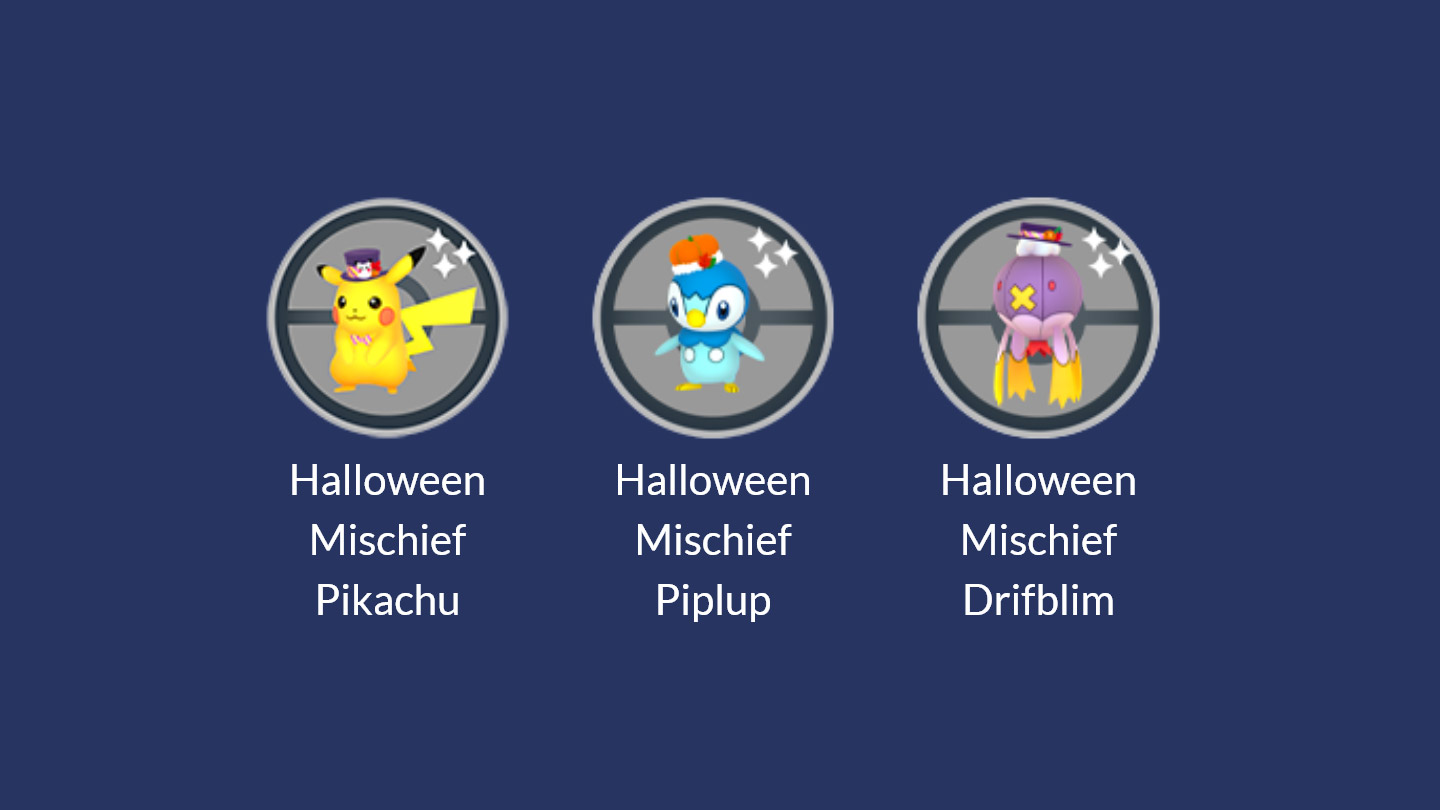 You’ll be seeing plenty of Costumed Pokemon during this event series – and remember that all of these Costuemed Pokemon will be available as SHINY editions. Other new Pokemon appearing during this event, like Phantump, Trevenant, Punpkaboo, and Gourgeist, will NOT be available as Shiny Pokemon. They WILL usher in the age of different size Pokemon – relative to their stated size in the game, mind you – get that tiny Gourd! 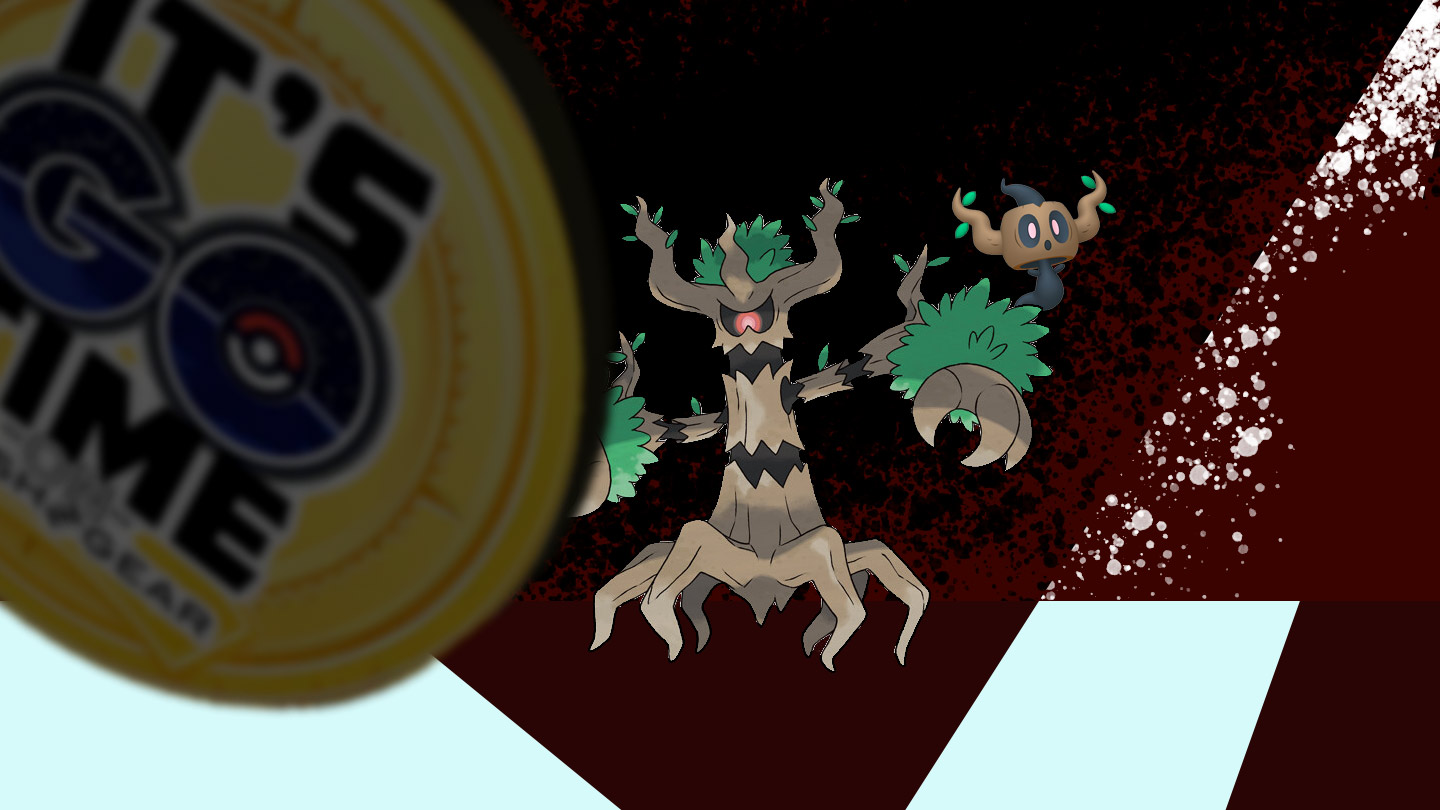 During the entirety of this event you’ll see 2x Candy all around! That means 2x Transfer Candy, 2x Hatch Candy, 2x Catch Candy, and if you’re a high enough level, Guaranteed Candy XL! Drop in the in-game shop for a bunch of new Halloween gear for your avatar, including Pikachu Pumpkin Head, Pumpkaboo Top, Pumpkaboo Pants, Hoopa Headband, and a Halloween Face Sticker. 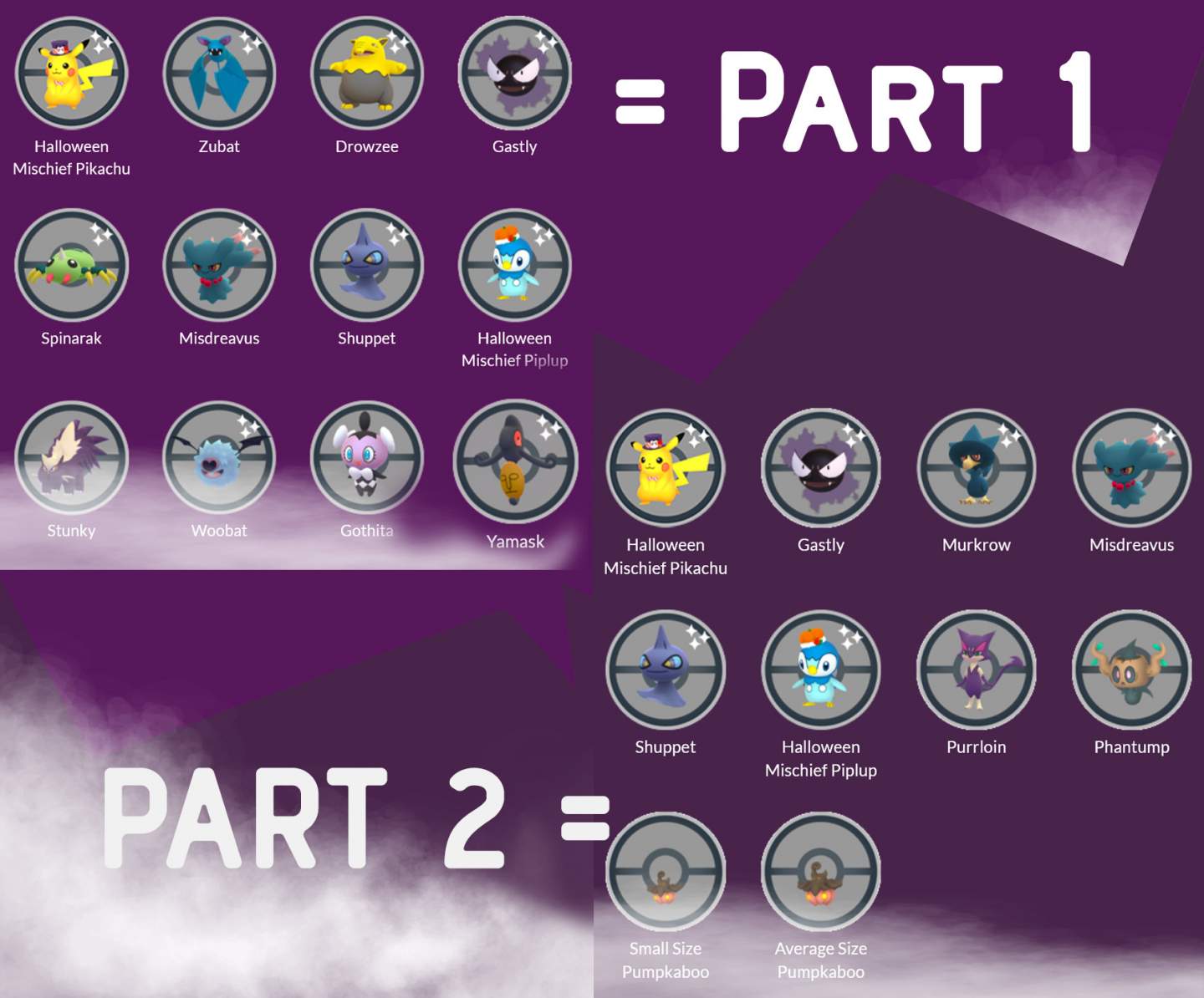 UPDATE: Part ONE of the event will have the following wild encounters: Halloween Mischief Piplup and Pikachu, Stunky, Woobat, Shuppet, Misdreavus, Gothita, Spinarak, Gastly, Zubat, Drowzee, and Yanmask. The appearance of the NEW Pokemon will not start until October 22. That’s when we’ll see Phantump, Tevenant, Pumpkaboo, and Gourgeist for the first time.