This week we’ve seen one of the biggest updates to Pokemon GO since the first release of the game – Johto is here! This update from Niantic suggested that a line of new Pokemon will be in the game extremely soon – 80 new entries in the Pokedex, to be exact. Alongside the features already made live in the newest update, we’ve got a collection of finds from behind the scenes. The version 0.57.2 release of the Android APK for Pokemon GO – and our APK mine – is here.

We’ve been keeping our eye on the Shiny code hidden within the APK for Pokemon GO for some time now. This is the first it’s been updated in a few weeks. Here we see the appearance of three new mentions of the word “Shiny” in the code, all preparing us for the alternate color Pokemon we’ve been waiting for.

There’s also a mention of “Sparkly FX” to very likely happen when a shiny Pokemon is first encountered – or perhaps every time they’re seen. This will let the user know that they really, truly are on to something special.

Making way for the one type of Pokeball toss that’ll defy the odds and capture a Pokemon every time is nearly here. All three of the following bits are either active now or will be active in the very near future. We’re thinking about the MasterBall – we hope!

What was once called an evolution stone is expanded to a collection of items that’ll make Pokemon evolve. Included in the code today are four items and one mention of what they do. Or might not do, as “Upgrade” isn’t always the same as “Evolve.” 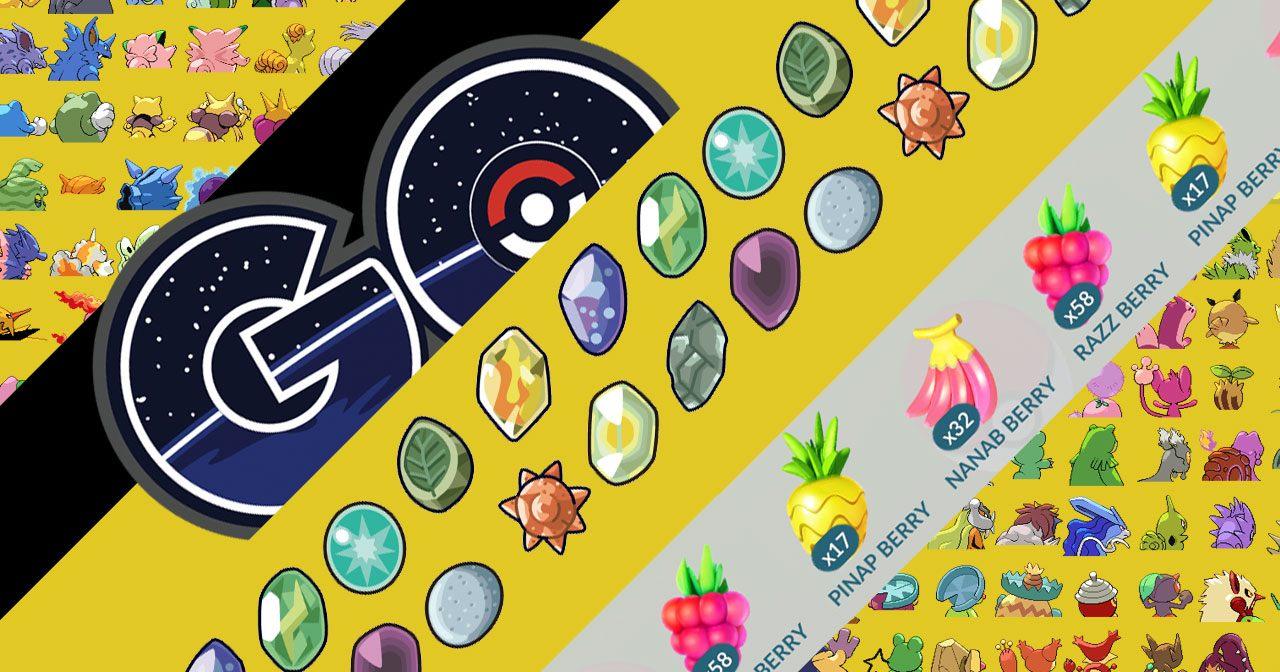 Inside the code near trainers is a set of three new mentions of “Avatar Awards”. These look like they’ll be separate from Badges, which are already in the game. Three actions appear to connect to attaining Avatar Awards, including the following.

• Medal Reward (likely the giving of the award itself)
• In-App Purchase (oh dear me say it’s not so)
• Level Reward (a reason to level up!)

New music is live, if you’re lucky enough to hear it. If you have your music turned off all the time as I do, you might never feel the presence of Gen 2 Johto rushing over you. The new bits of song that appear in this version of the game are as follows:

New code in capturing a Pokemon changes the way a monster is captured. Not one whole heck of a lot – but a little. Both “PerfectLaunchSpeed” and “LaunchAngle” are now in the game and live and in action. We’ll see soon if this affects how quick we can capture a new monster.

Avatar customization is live in the game now, including changes for the following bits of an avatar:

Attached to this section of code, but not quite active in its entirety, is a set of tags for items to wear. These include the following bits for clothing, appearance, accessories:

When will the new Johto Pokemon be released?

It’s difficult to say, at the moment – but we wouldn’t be at all surprised to find the lot of them appearing this Friday afternoon. This would give the folks at Niantic the time they need to make certain the basic bits they’ve activated are in order. Or perhaps they’ve just fooled us and won’t release the new 80 Pokemon for another few months – who knows?