The newest code update for Pokemon GO reveals a few details about the future of the game – starting with the move Flying Press! This is a very special move that only TWO Pokemon have EVER used in the history of the Pokemon franchise. But wait, you might be saying, we aren’t even done releasing Generation V (Gen 5 Pokemon from the Unova region, and the game Pokemon Black and White) – how could we already be seeing Pokemon from Gen 6?! 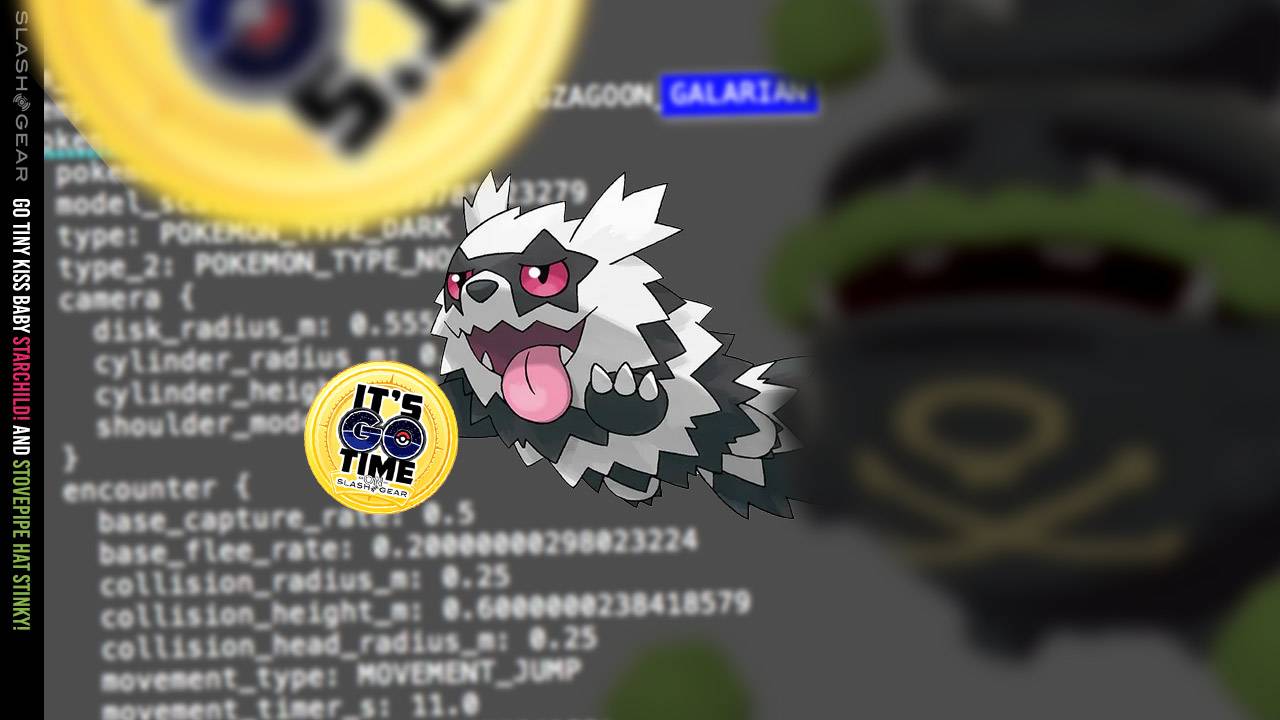 Per our recent Pokemon GO Christmas leak preview, we got a look at what this holiday season will bring to gamers. (Like the last time we did the same thing!) To that we can now add the appearance of the very seasonally appropriate set of Stantler items – one Stantler Headband and one Stantler Sweater – super cute!

If we’re taking a peek at the newest text messaging and warnings for the game, we find an AR warning: “While using AR mode, make sure you’re in a safe location and any children are supervised at all times.” 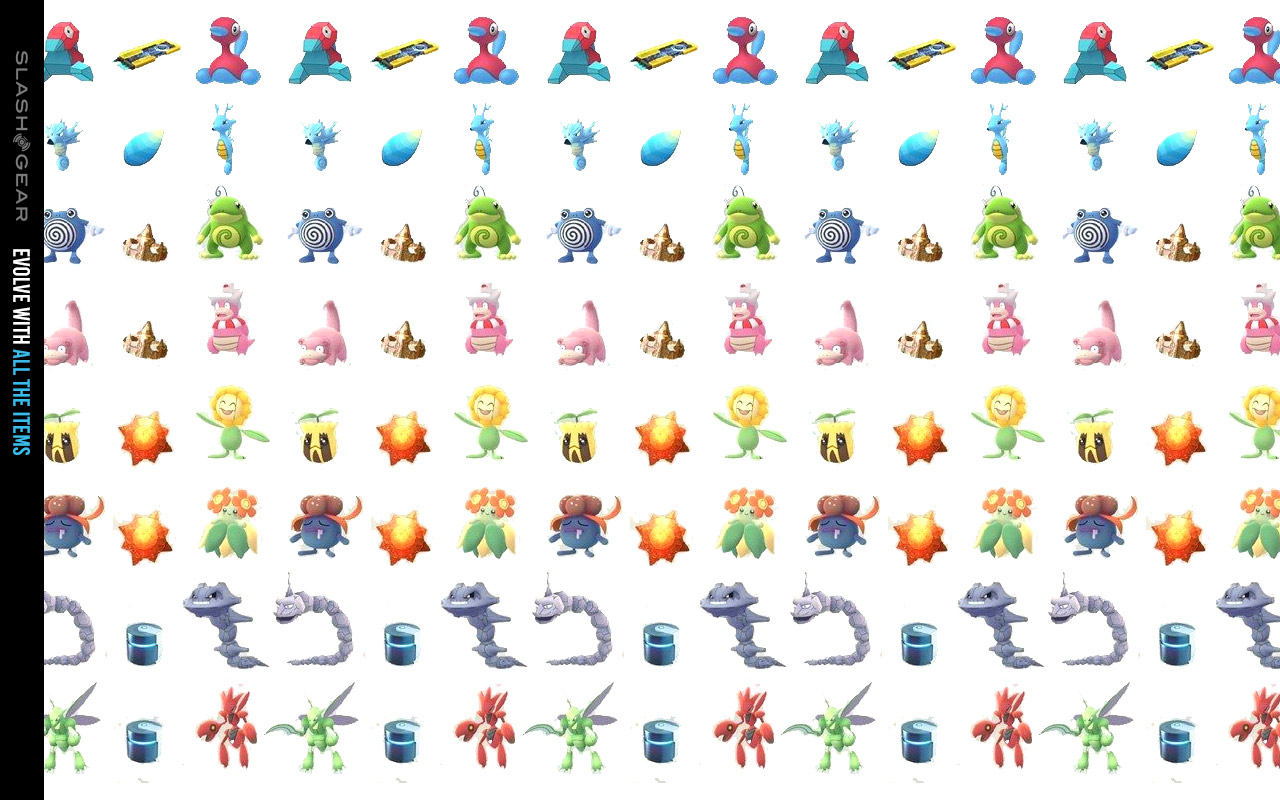 End-of-year messages include such gems as “How was 2019 for you, %PLAYERNAME%? For me, it was a fantastic year, and I want to thank you and all our Trainers around the world for your hard work” and “Together, we took on Team GO Rocket, uncovered the Wish Pokémon, Jirachi, and began encountering Pokémon originally discovered in Unova.”

You’ll also find a message when you complete a quest, like “I want to make sure you know how proud I am of how much you and all the other Trainers have grown this last year!” You’ll also find “And now with 2020 on the horizon, there are sure to be many more adventures awaiting! Until then, let’s get up and GO!” 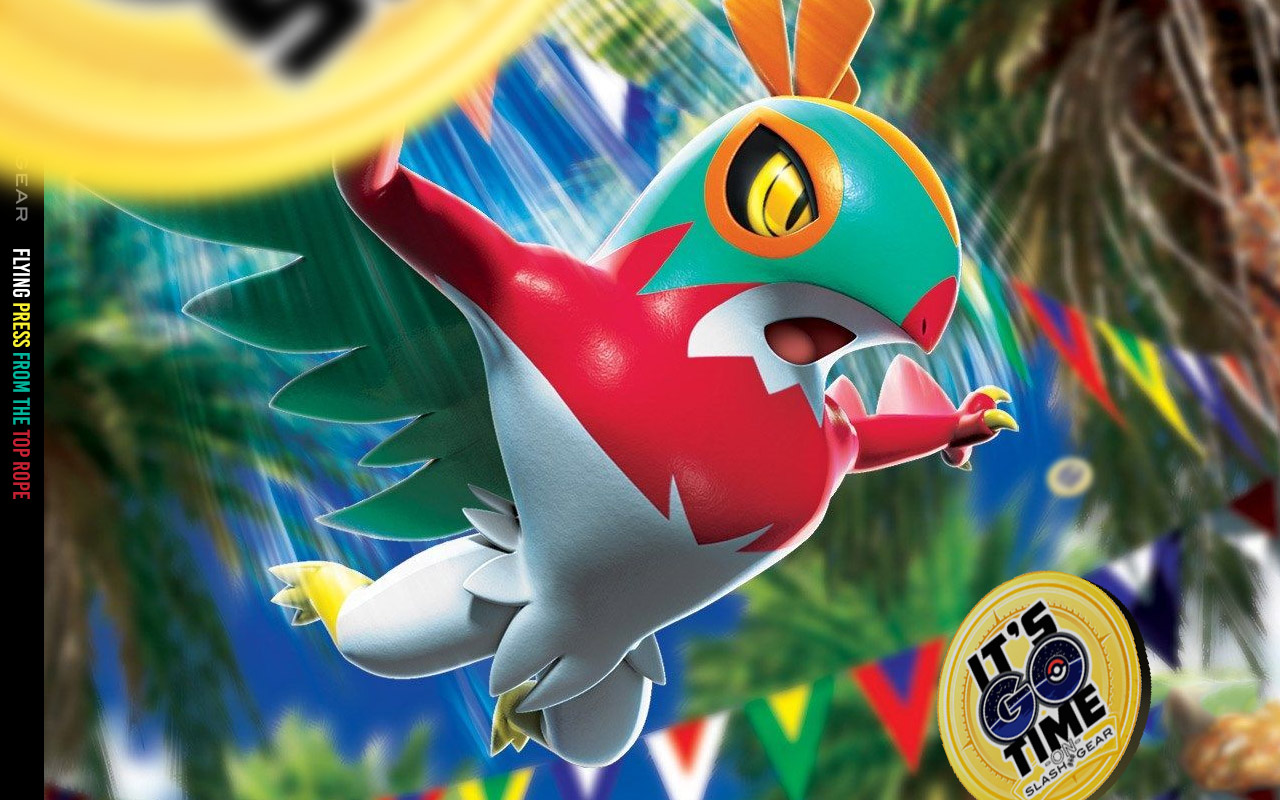 About that Flying Press: It’s true, there are other Pokemon in the wrestling arena already in the game – like Machamp, for example. But in the history of Pokemon games, the Pokemon move Flying Press has ONLY ever been available fo the Pokemon Hawlucha and the special edition Pikachu Libre! Both of these Pokemon would be PERFECT to ring in the next generation for the new year – you heard it here first!

PLUS: Aura Sphere has previously only appeared in a few super fantastic Pokemon, like Mew and Mewtwo! It’s also appeared with the Generation IV Pokemon Lucario – and the very strange Togekiss.

After that, it’s all monstrous beasts that’ve had Aura Sphere, including Dialga, Palkia, Giratina, Clawitzer, and a few other oddities. Oddities include Mienfoo, Mienshao, and Magearna. This could go a lot of strange directions, to be sure!