This week’s most recent Pokemon GO update includes an Appraisal feature with a set of vague values that we’ll be explaining today. Exact values of each Appraisal can only be found through a teardown of the APK of the newest version of the app. We don’t expect every user to do this – as such, we’ve got these values torn out and listed in easy-to-read boxes below. These values will remain valid until the next update – and likely beyond. If they do end up changing, we’ll be sure to make a note of it!

To access an appraisal of any Pokemon in Pokemon GO, the user must tap into their Main Menu, then move on to the Pokemon Menu, then tap whatever Pokemon they want to appraise. This appraisal can be accessed by tapping the button in the lower right-hand corner of the screen (three horizontal lines) – there Favorite, Appraise, and Transfer can be found.

Tapping the appraisal button will bring up the user’s team leader – red, blue, or yellow. Below each of the values listed can be deciphered according to whichever color the user happens to be. 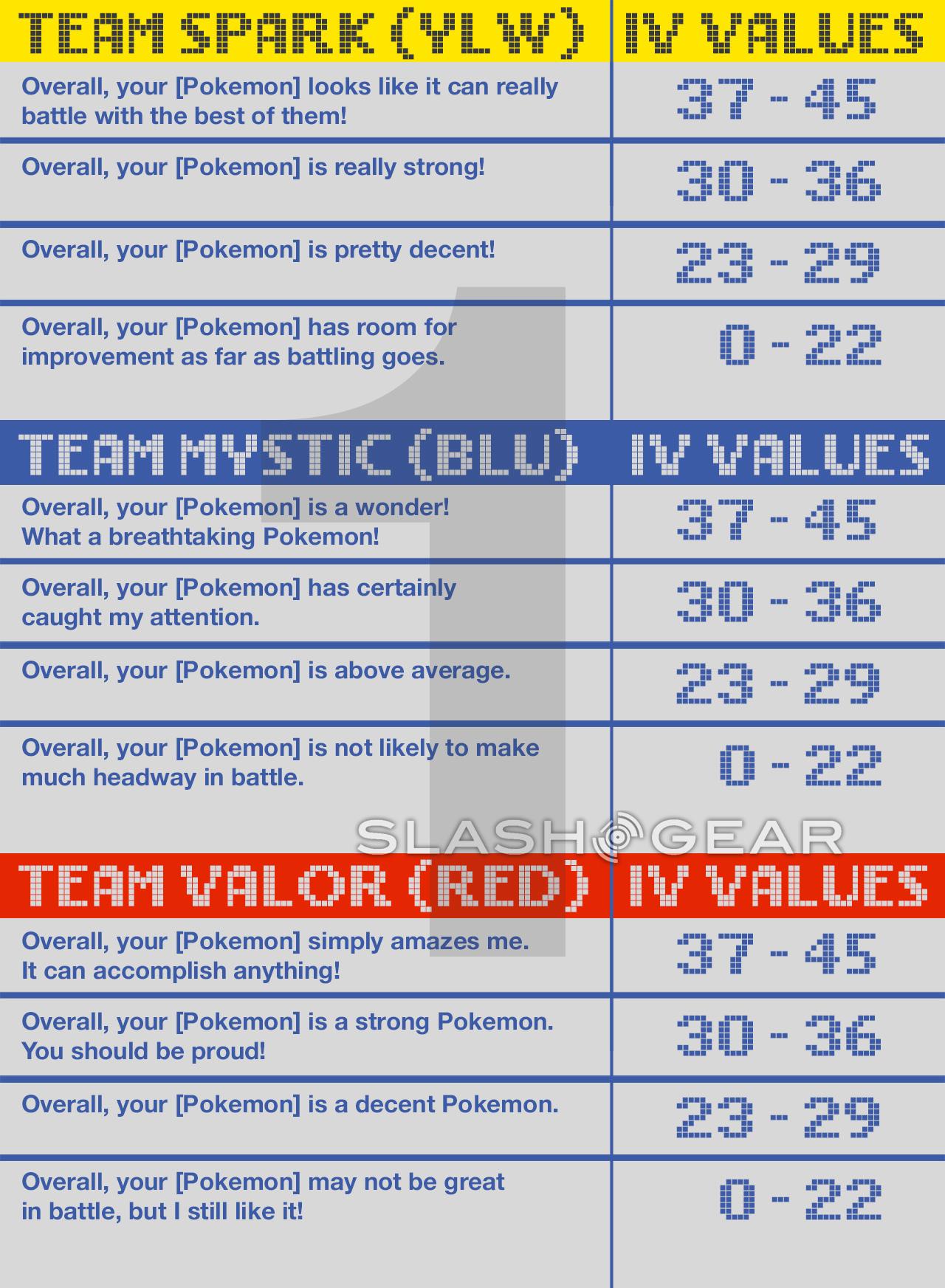 Users looking to evolve the best Pokemon they have (without using a 3rd-party IV checker) should aim for the top Combined IV value as indicated above.

The chart below shows what the team leader will say about this one (or more if tied) IV value. 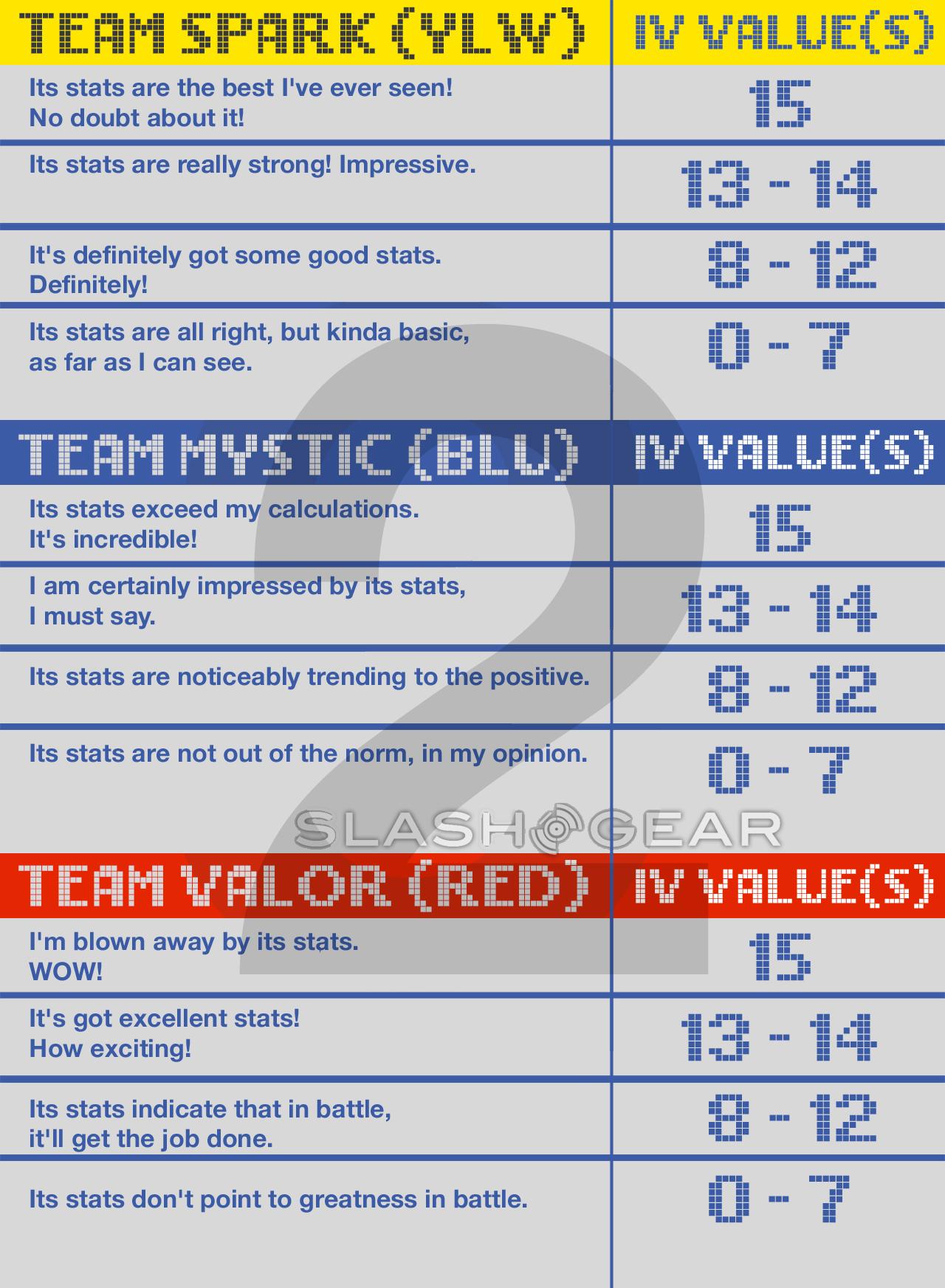 Unfortunately this only gives the user an idea of what their Pokemon’s single (or more if tied) stat adds up to. Have a peek at our updated IV calculator list to see all values of all Pokemon – at one’s own risk.

Pokemon Size has a bit of effect on how big its attack, defense, and/or hit points (stamina) are. Users can find whether their Pokemon is extra small, small, large, or extra large by seeing the tiny (XS, S, L, or XL) indicator on the Pokemon’s readout – just above “Weight.” As such, this analysis isn’t really giving the user any information they didn’t already have. 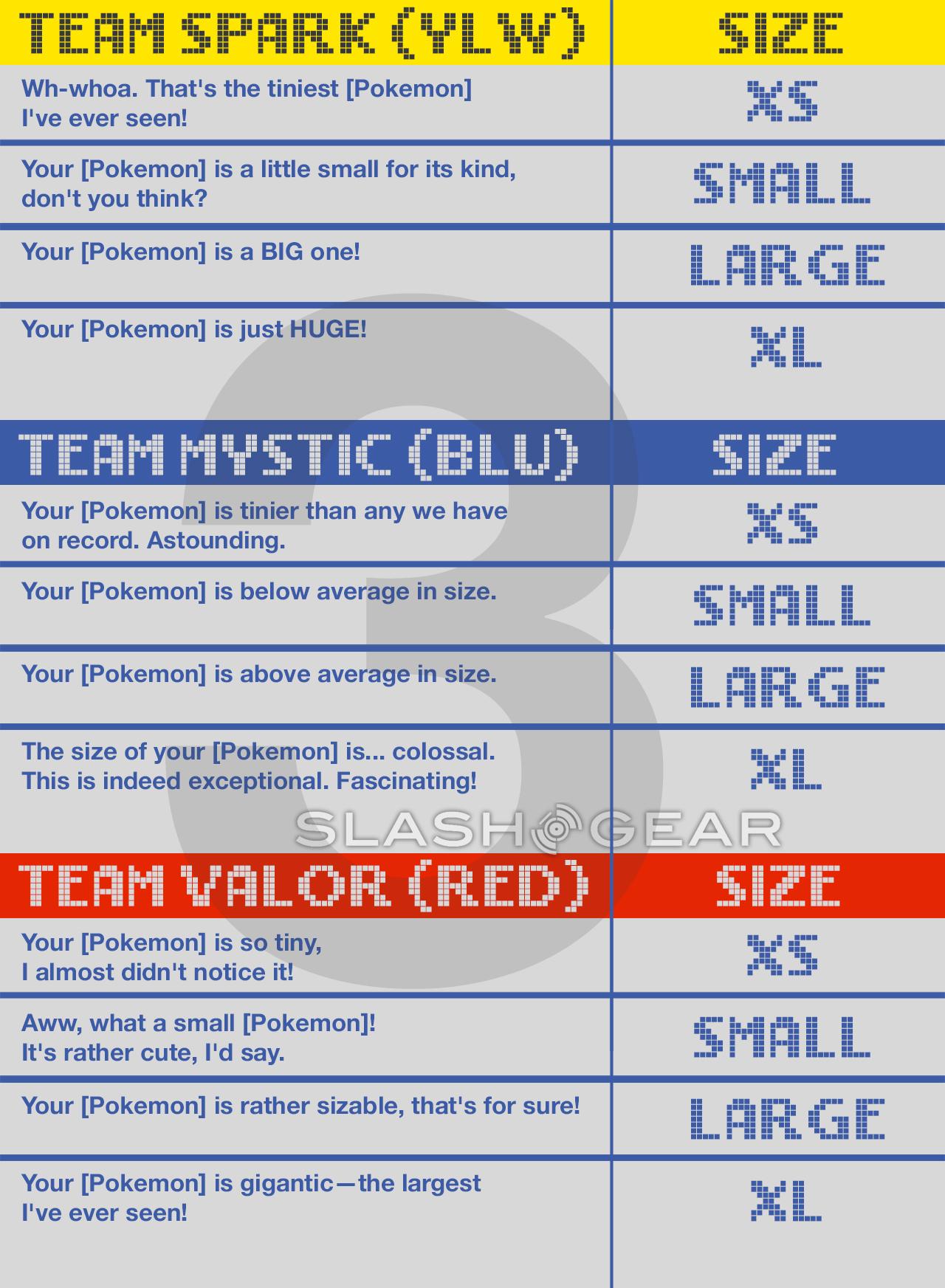