Today we’re taking a peek at all the new different boxes and packs available for the newest Pokemon trading card set: Champions Path! This new set includes an Elite Trainer Box, several special Pin Collection boxes, and a Dubwool V collection box. We’ve got the lot, let’s take a peek at what’s inside.

If you were looking for Dreadnaw, you’re in luck – we’ve got lots. In ONLY the packs we opened from the Champions Path Elite Trainer box, we got two different versions of Dreadnaw V and a Drednaw VMAX. In the Nessa’s Hulbury Gym Champions Path Pokemon Card package, we got a Drednaw (Promo, as seen in the front of the box), and in one of the packs we got yet another Drednaw V – there’s Drednaw everywhere! 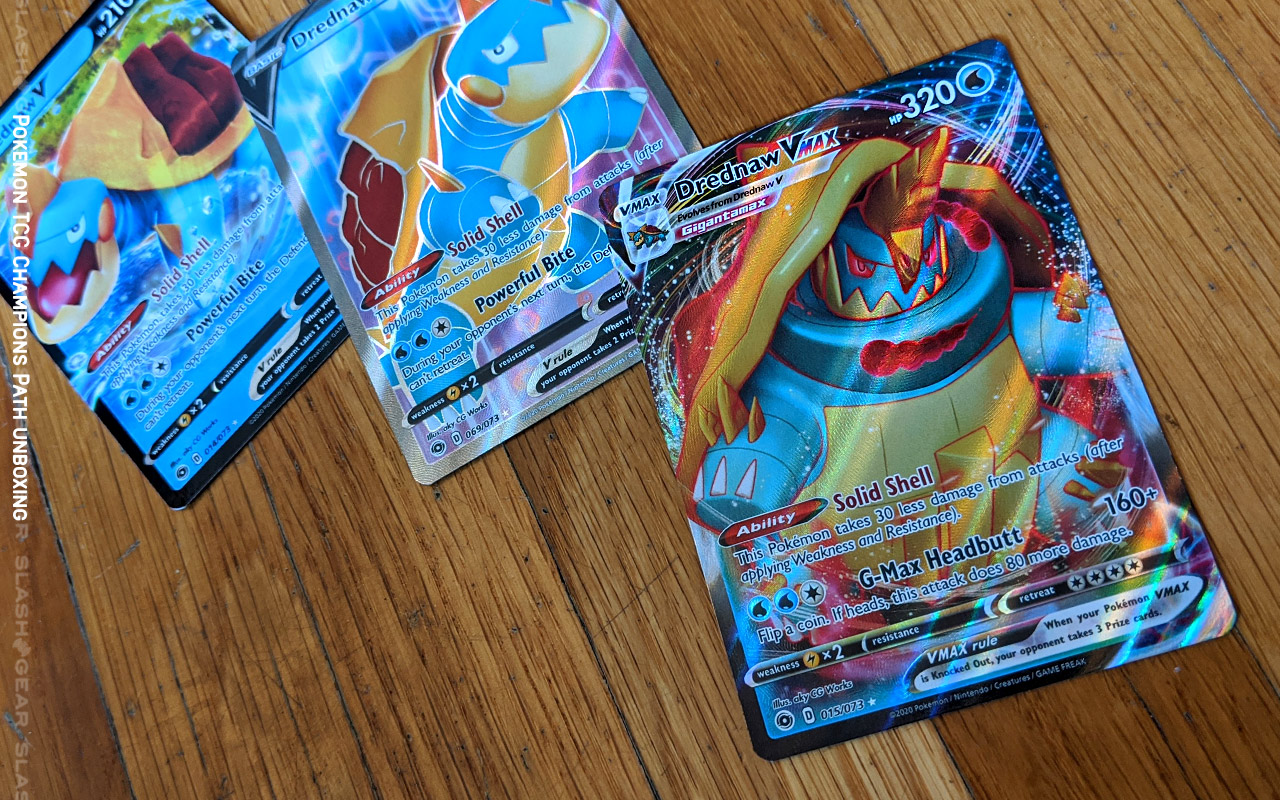 Above you’ll get some idea of how much Dreadnaw we’re talking about here. There you’ll also get a pretty decent look at the symbol for this set – it’s akin to a Pokeball, with a circle with two lines at its sides surrounded by a couple of arcs. 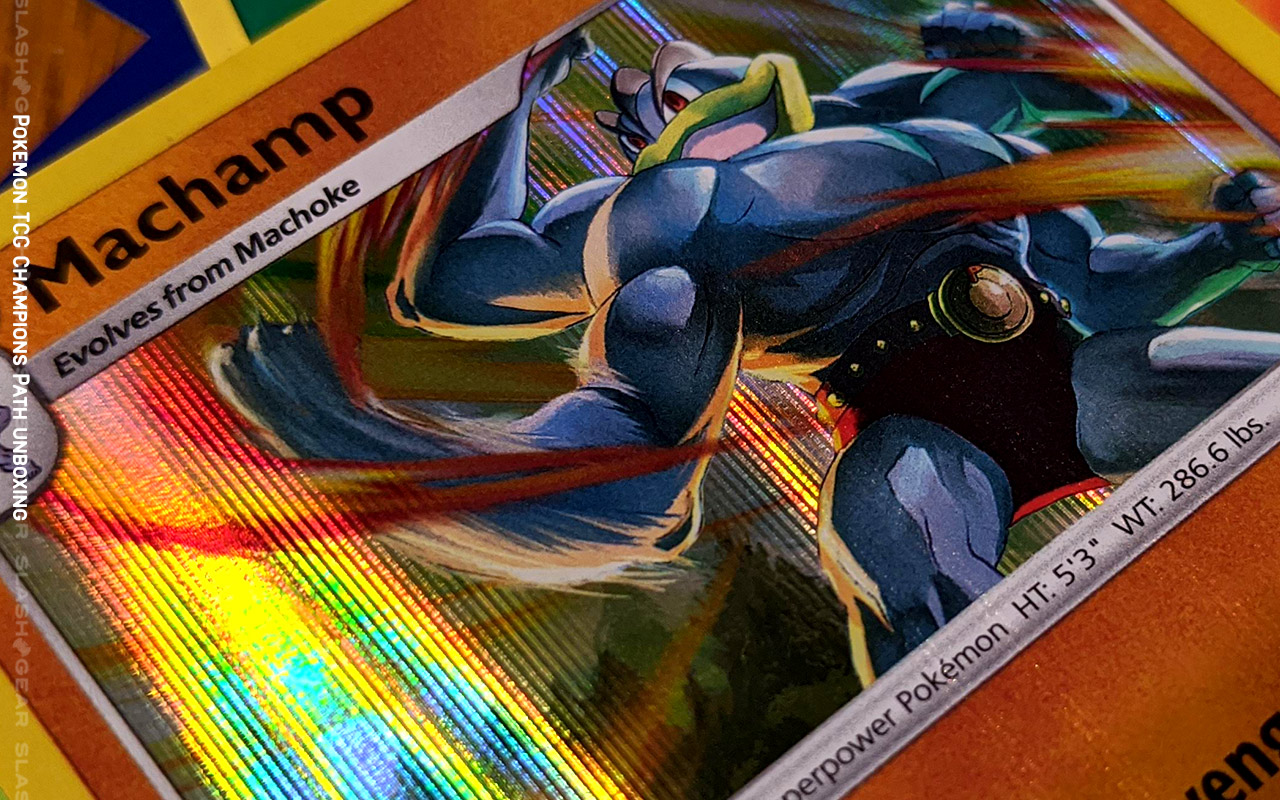 This set is home to some spectacular looking V and VMAX cards, to be sure, but it also plays host to some of the most sought-after sorts of shiny cards that the Pokemon card game releases. Not that they’ll be worth huge stacks of cash or anything, but still: Shiny Energy! 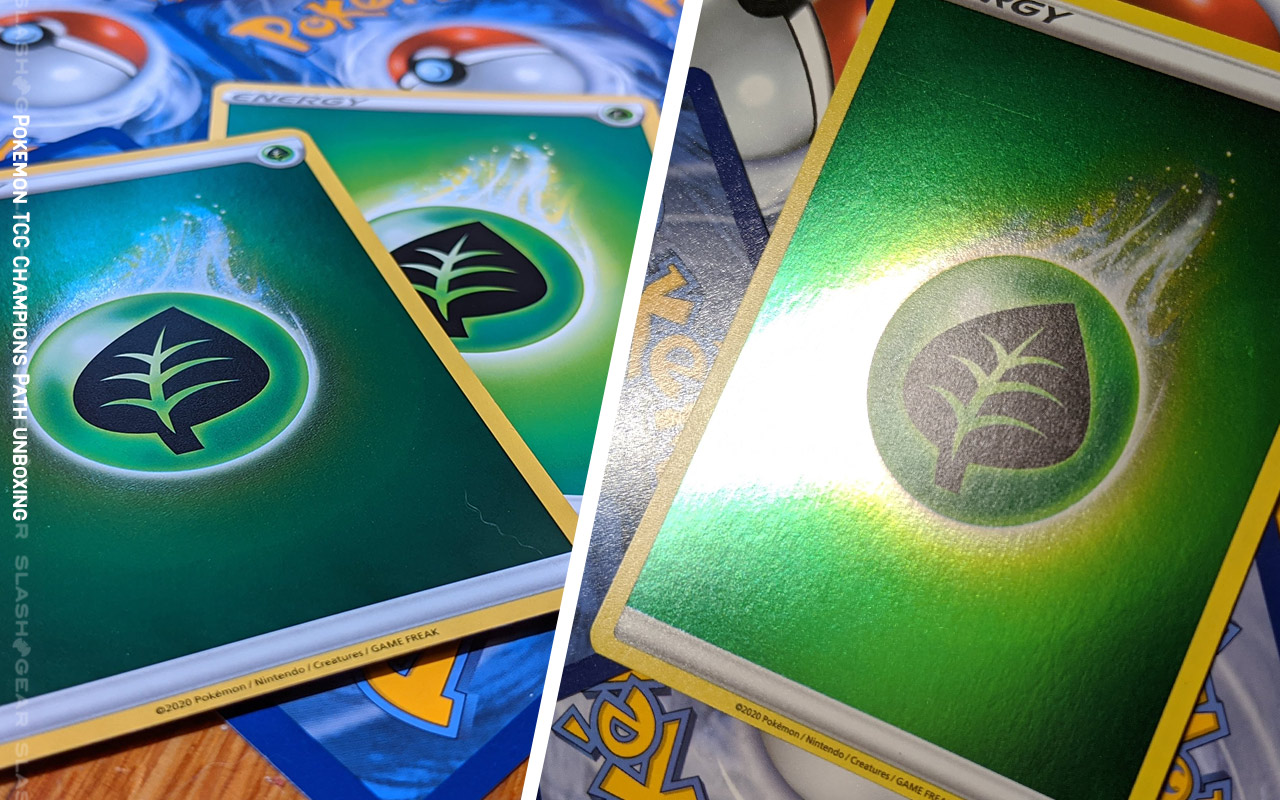 We’ve seen shiny energy appear in about 1 in every 10… or so packs, so far. So cross your fingers. If there’s one sort of card in this set that’s a bit of a bummer, it’s the shiny Dark Type card – look at this: 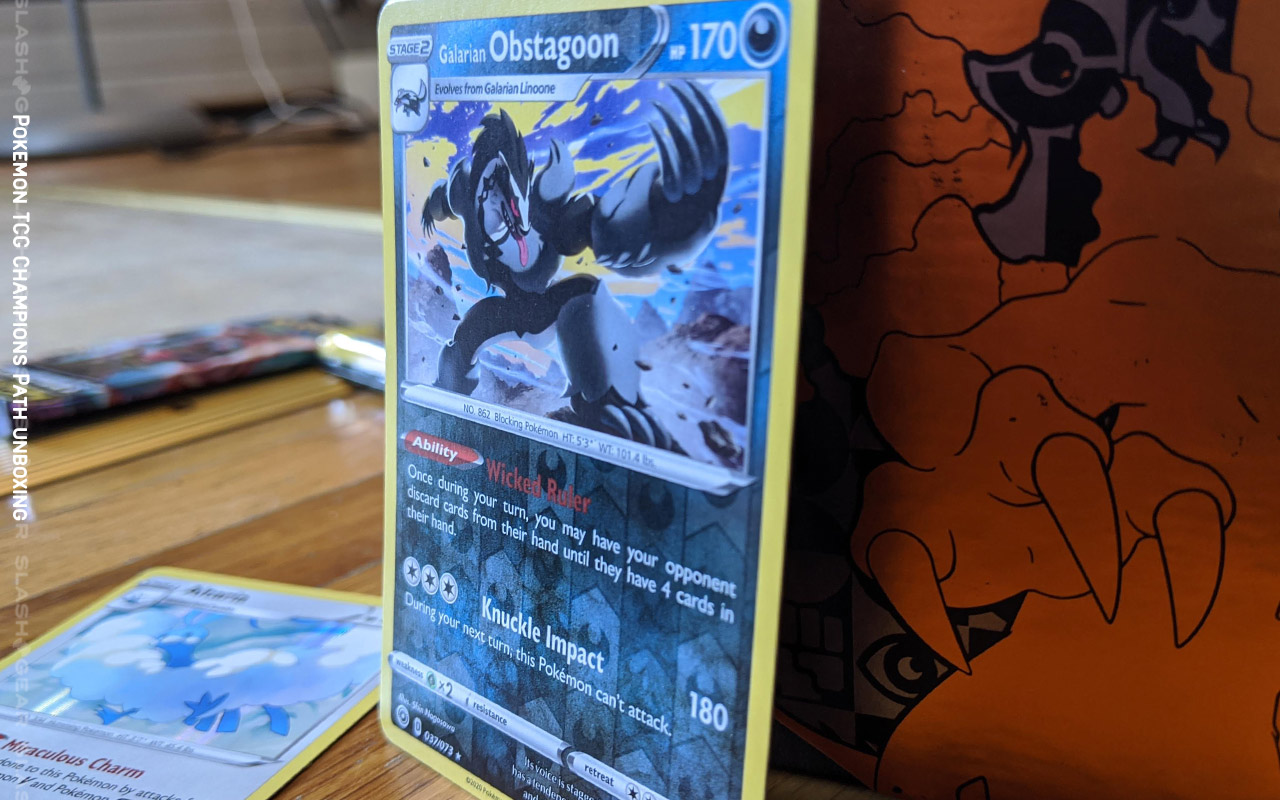 The Dark Type (Reverse Holo) card collection here is shiny, but certainly not VERY shiny. You’ll get the idea, but you’ll be forgiven for not realizing that the card is any different from its non-shiny alternative. 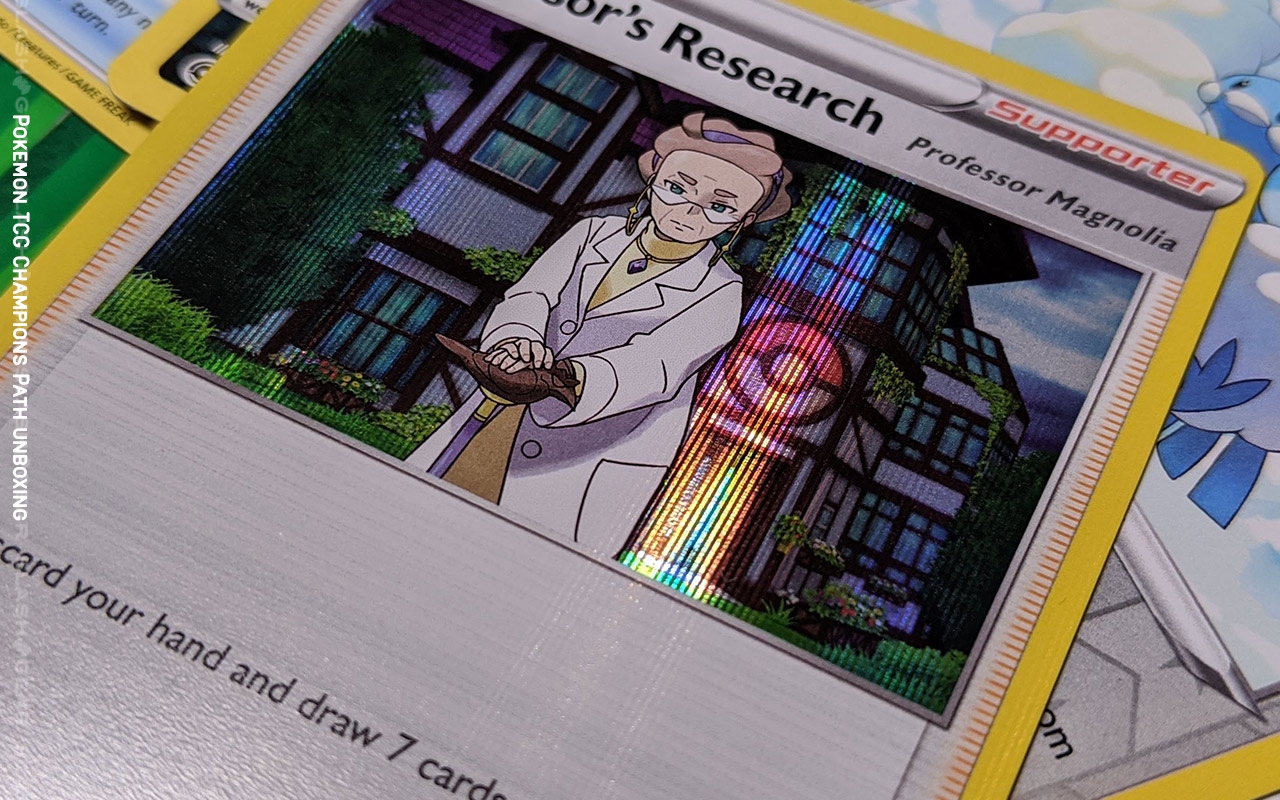 We’re also seeing holo/shiny versions of some cards that appeared earlier in this Pokemon TCG Sword & Shield block of sets. The shiny is strong! The shiny is the same sort of piano key row of sparklers that we’ve enjoyed throughout the set, and it continues to be spectacular here. 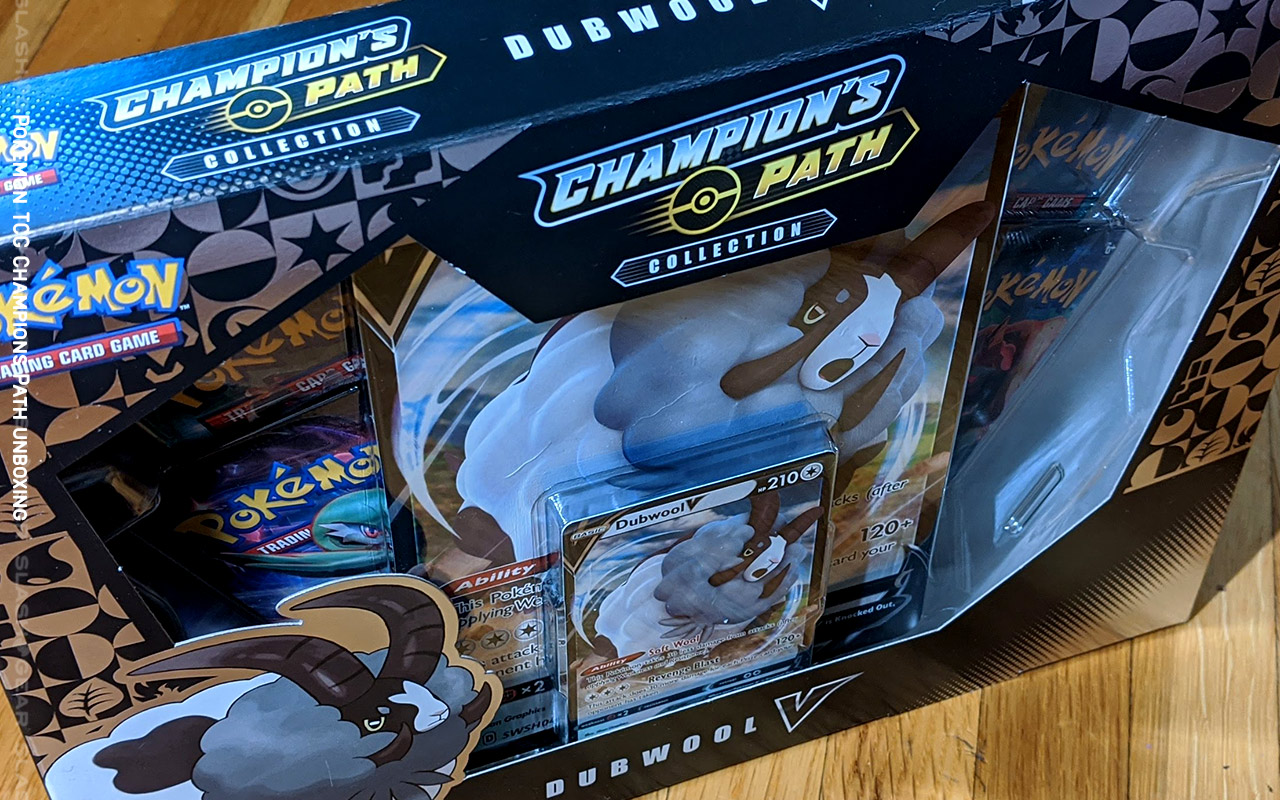 If you’re looking at that Dubwool package and you’re wondering if the illustration is the same as the card that came before it – fear not! Though they’re done by the same artist, they’re ever-so-slightly different. They’re like sheep buddies getting ready to ram an opponent. 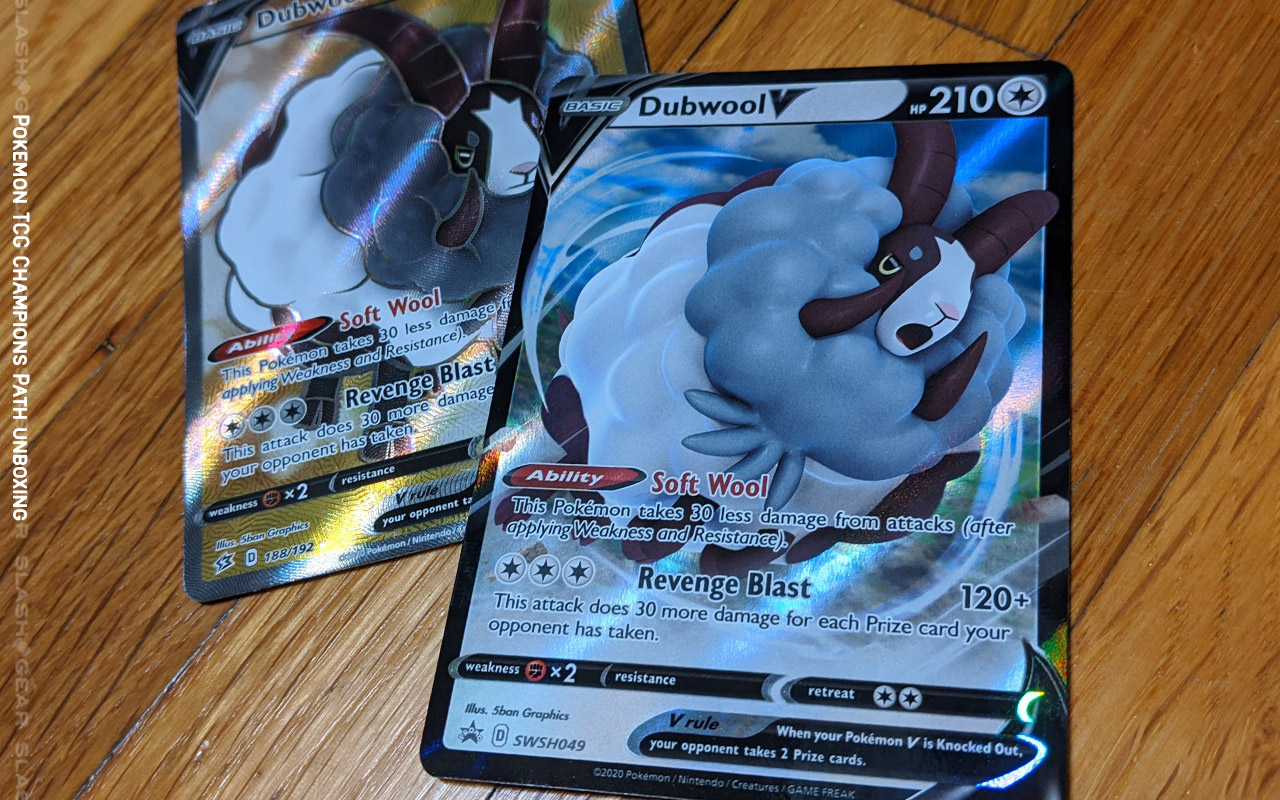 The Champions Path box includes much of the same sort of elements you’ve seen in past releases, including a bunch of dice, a big pack of energy, and card dividers (and card sleeves) that match the box art. This box contains a surprise card too – a shiny rainbow Charizard! 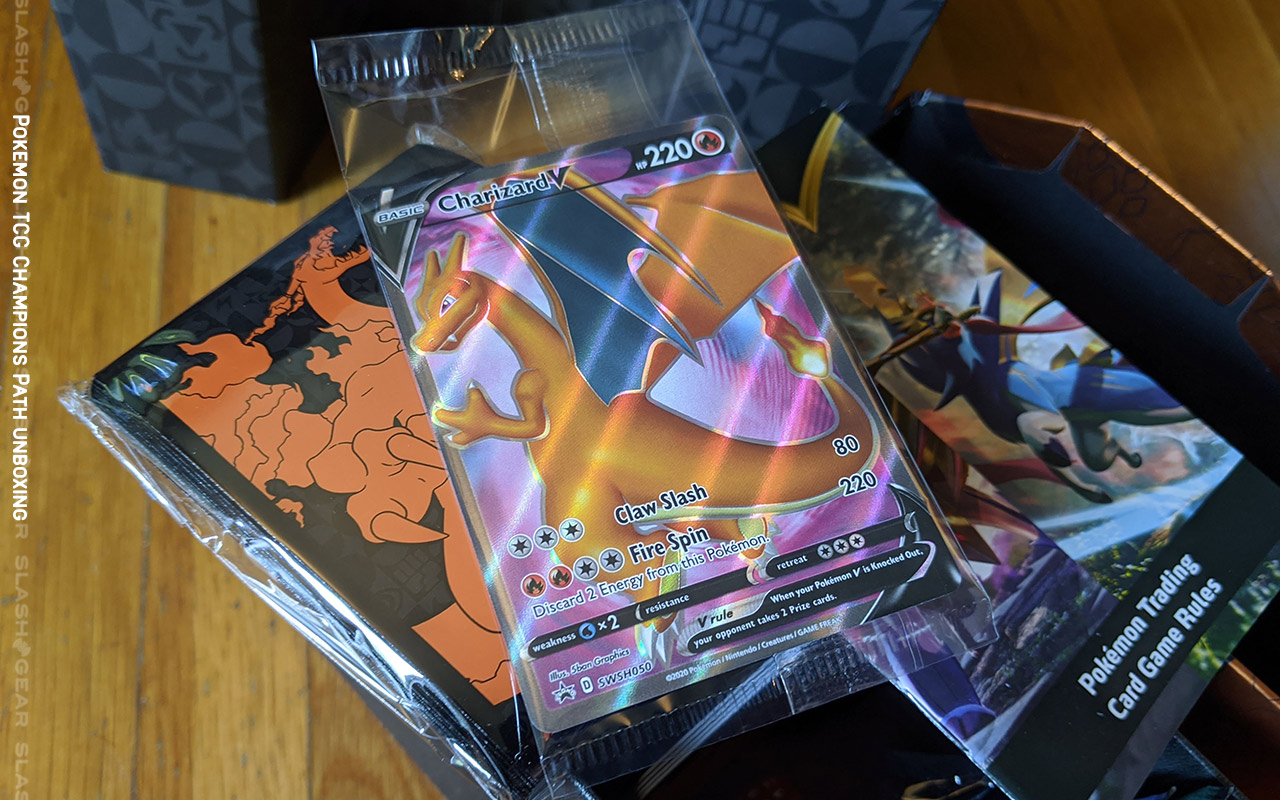 The pins you’ll see in individual gym boxes are of the highest quality, ready to roll as an accessory on your trainer baseball cap, vest, or winter jacket for the cold months ahead. This is a trend in Pokemon toys and accessories that we’re glad continues to roll through the years – the people in charge of quality assurance for all Pokemon products are doing their job well. 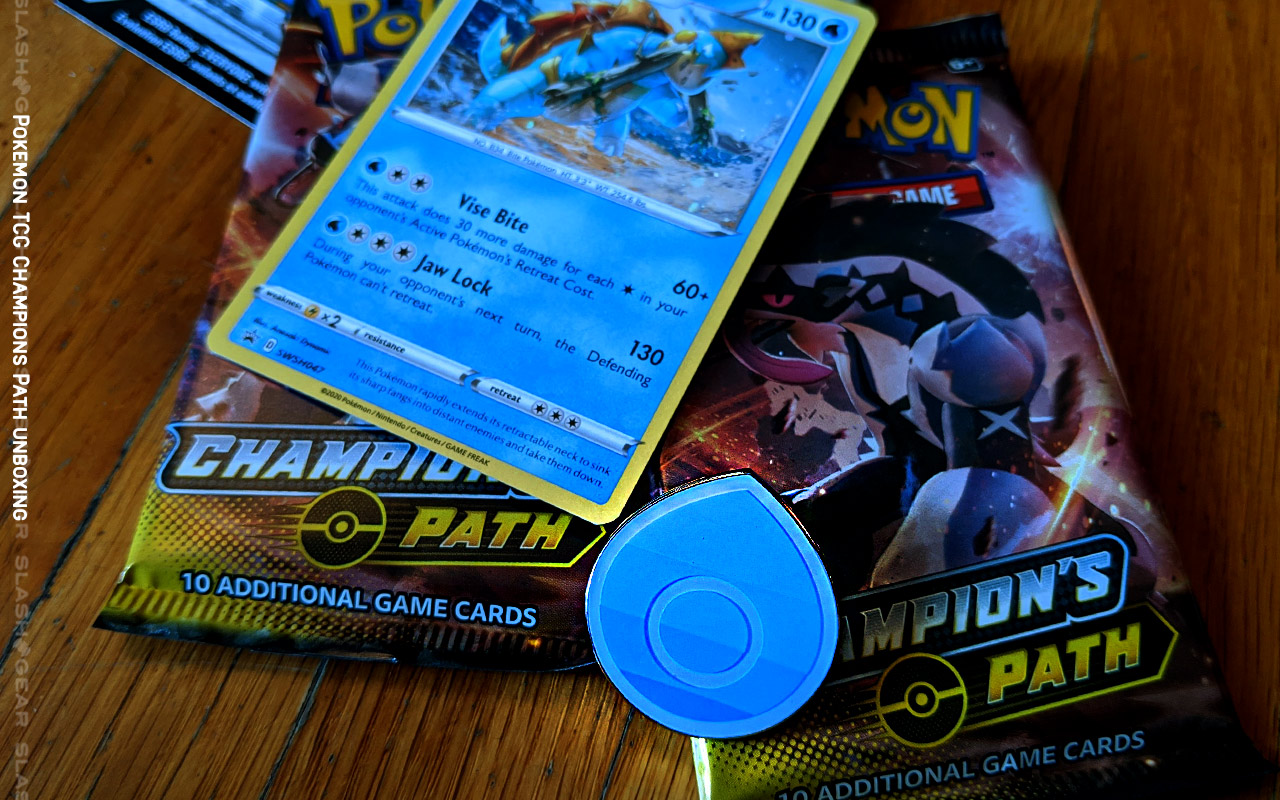 The rest of this set

This set is interesting because it’s limited to 73 cards (in the basic set, not counting secret rares, etc), and it’s set for release on more than one date. The Dubwool V box we’ve got here is part of the first wave on September 25, while October 23 we’ll see a Hatterene V, as well as a Champions Path Marnie Special Collection. 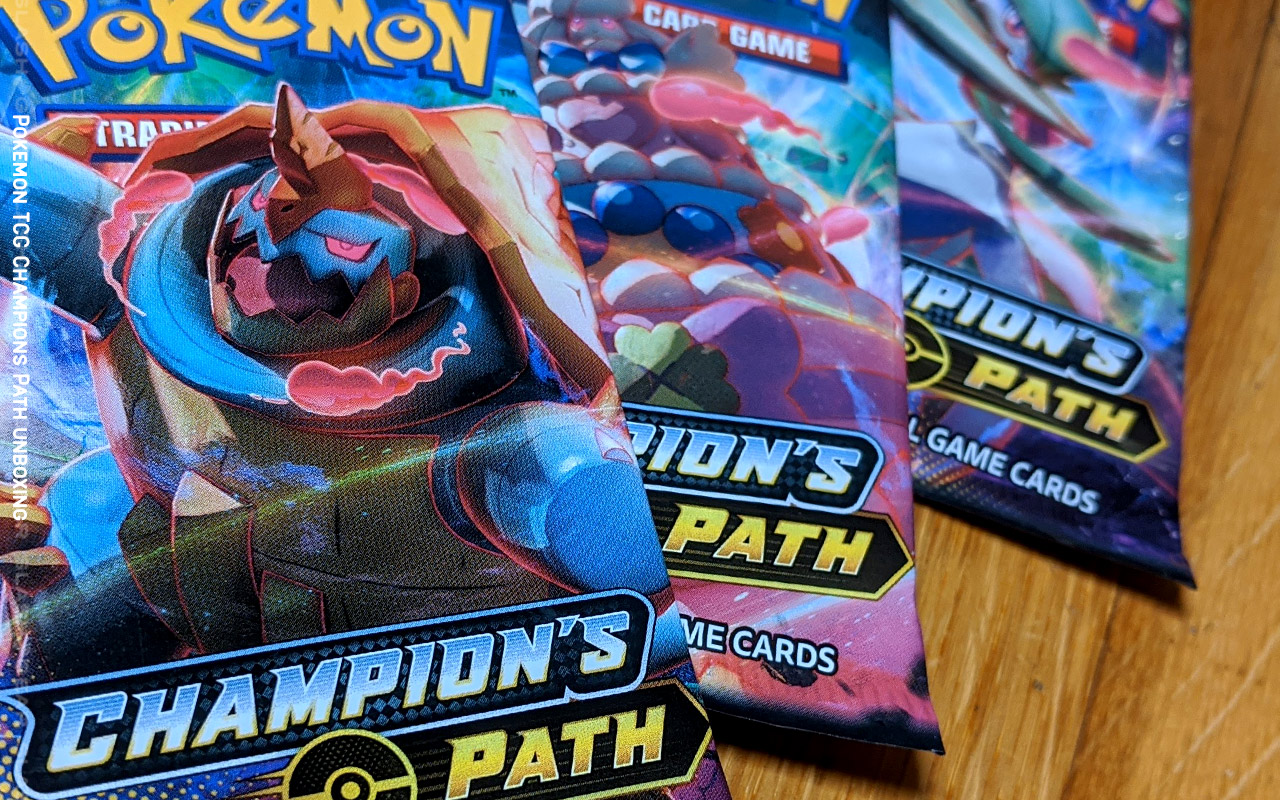 That Special Collection is one of those big flat boxes with 2x special promo Pokemon and some packs, but this time you’ll get 2x Pins as well, and a new Pokemon TCG playmay. Take a peek at our first Pokemon TCG Champions Path details article to learn ALL about this set.