When Sony announced the PS4 Slim and PS4 Pro last week, one major announcement it made was that all existing PlayStation 4 consoles, regardless of model, would be receiving firmware updates to enable high dynamic range (HDR) functionality. That update, which is part of Patch 4.0, will be arriving tomorrow, Sony has announced.

HDR support isn’t the only thing this patch is bringing with it, and Sony has detailed a handful of new features in Patch 4.0 over on the PlayStation Blog. For starters, Patch 4.0 is adding a Music option to the quick menu, allowing users to control Spotify and listen to their playlists from within a game. The addition of a music section is part of a larger redesign of the Quick Menu, meant to make accessing it in-game all the more easier.

This patch is also looking forward a bit, including a few new features in preparation for the launch of the PS4 Pro in November. It’s adding 1080p streaming for Remote Play (PC, Mac, supported Xperia devices) and Share Play, while also adding a 1080p option when you’re broadcasting live to YouTube and Twitch. YouTube broadcasts can be in either 30 frames per second or 60, while Twitch broadcasts are limited to 30 fps. 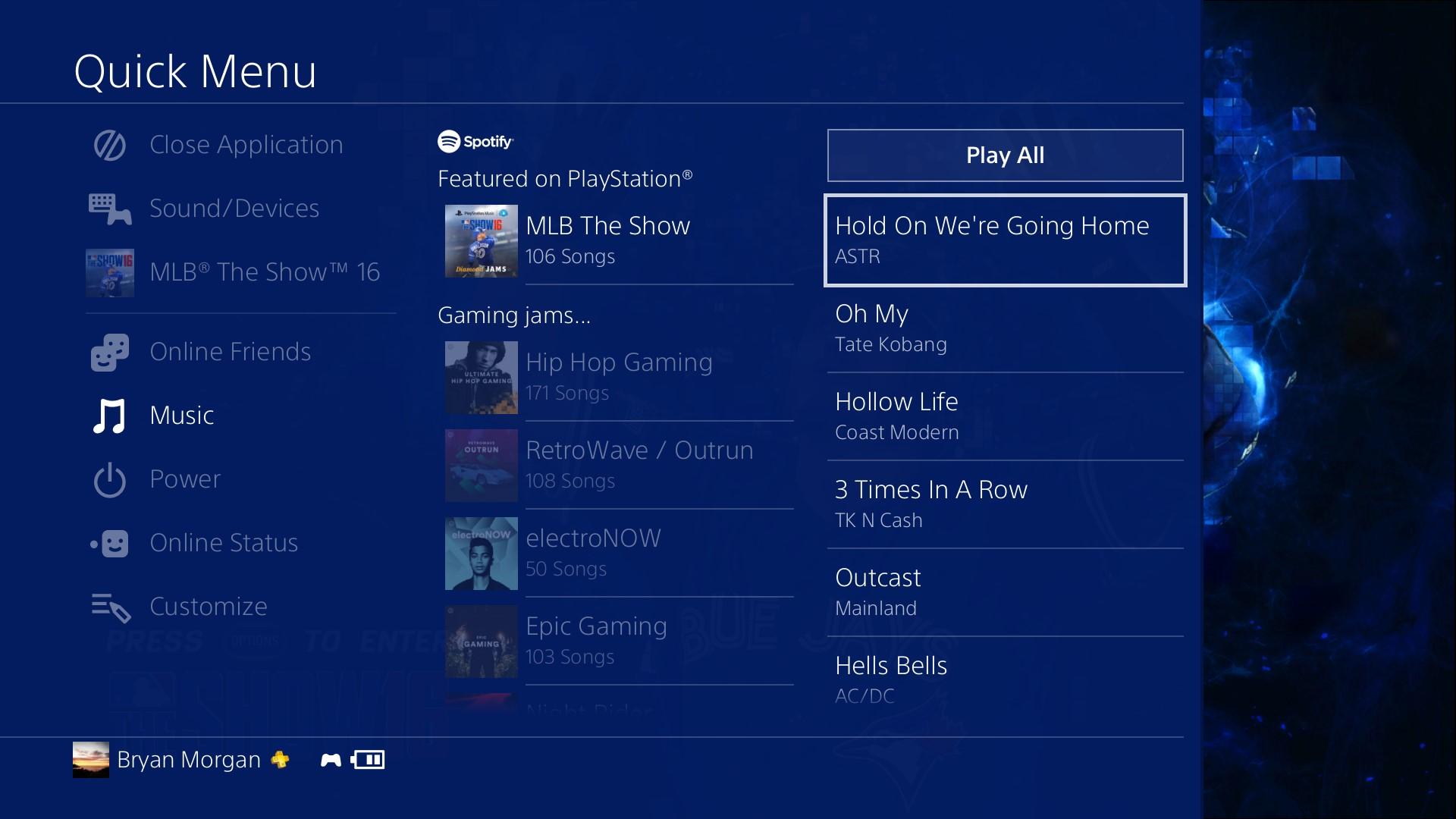 Also getting a fresh look is the What’s New page, which now displays a redesigned Activity Log from your friends on the left side of the screen, while the right side displays various things of interest from around the PlayStation Network, such as new releases and games that are trending. Content Info screens for individual games has been given a redesign, and finally, Sony is including a PS4 transfer option, allowing you to move saves, downloaded titles, and PSN accounts over a LAN connection instead of waiting for them to download from the cloud.

So, even aside from the HDR support that Patch 4.0 offers, it seems PlayStation owners are getting a lot more. That PS4 transfer option should come in handy for anyone tempted by the PS4 Slim or PS4 Pro, as Sony says it’s faster than attempting to download everything from the cloud. Sony didn’t say what time the patch goes live tomorrow, so keep a keen eye out if you’re eager to add HDR functionality to your console.