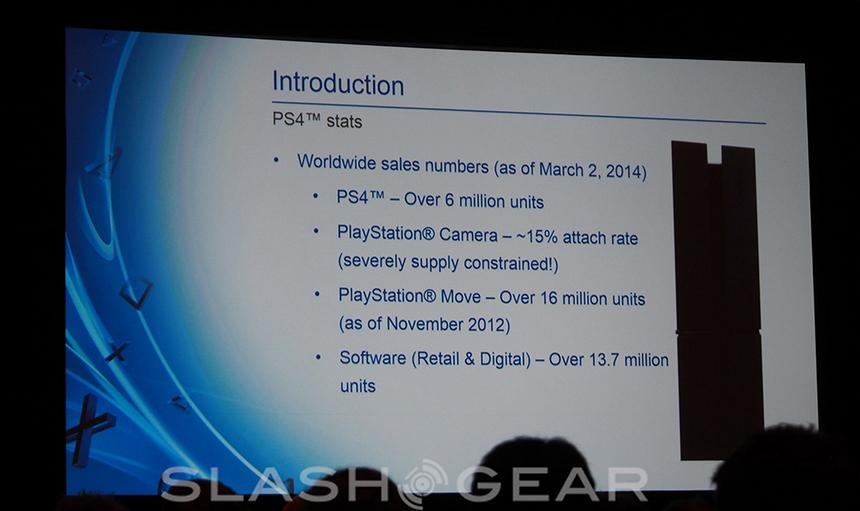 At the moment there are very few use-case scenarios for the PlayStation 4 camera. One of them is PlayRoom, as you’ll see below. Another is streaming gameplay with video through Twitch, though if you’re thinking you can play PlayRoom through Twitch, you’d be mistaken.

According to Norden – and the slides shown during the talk – supply for the PlayStation Camera has been constrained. “Severely supply constrained,” said Norden specifically, noting also that Sony was working on bringing back supply to stores across the USA and the world. Meanwhile mass numbers of retailers have not had the PlayStation 4 console itself in stock for weeks.

Last we chatted with our local Wal-mart, they had no ship date in sight. Gamestop, meanwhile, had full supply in several locations we tapped throughout North Dakota and in Minnesota. Keep an eye out!