Google has revealed the Pixel 6 and Pixel 6 Pro, spilling some early details about the upcoming Android flagships and the new Google Tensor chip that will power them. The two phones won’t be released until later in 2021, but after plenty of leaks and speculation, Google has clearly decided it’s better to join the discussion rather than watch its secrets get spilled early.

So, as of today, we know that the Pixel 6 will come in three color combinations, and the Pixel 6 Pro will come in three different combinations. Both will feature a new camera bar, running horizontally across the rear of the phones. “The improved sensors and lenses are now too big to fit into the traditional square,” Rick Osterloh, Google’s Vice President of Devices & Services, explains, “so the new design gives the whole camera system a new home with the camera bar.”

You’ll be able to tell the difference between the Pixel 6 and Pixel 6 Pro, Google says, because the Pro has more space above its camera bar. The Pro has a lightly polished aluminum frame, while the regular Pixel 6 has a matte aluminum finish. Inside, meanwhile, there’ll be some differences too. The Pixel 6 Pro will have three cameras, including a telephoto lens with a 4x optical zoom.

The Pixel 6, however, will do without the telephoto. Otherwise, much of the hardware will be the same, including the new homegrown Google SoC. That’s been dubbed Google Tensor.

We made a chip!#Pixel6 is powered by our first ever smartphone SoC: meet Google Tensor

As with Apple’s A-series chipsets, Google Tensor has been designed in-house by Google itself. “The highlight of Tensor is that it can process Google’s most powerful AI and ML models directly on Pixel 6,” the company explains. “You’ll see a transformed experience for the camera, speech recognition and many other Pixel 6 features.” 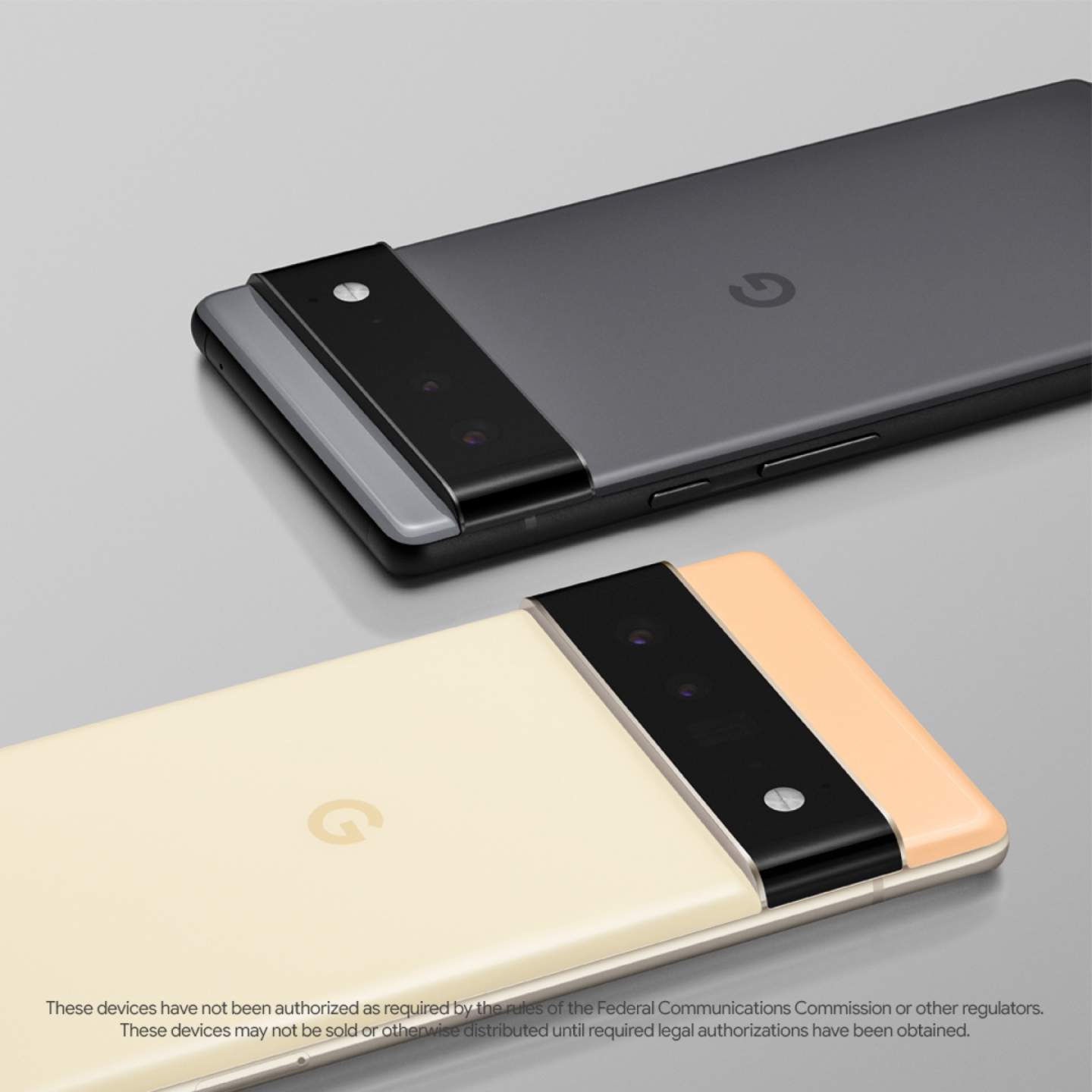 Exactly what that means in practice, however, we’ll have to wait to discover. Google has made heavy use of computational photography in recent years, pushing the applications of artificial intelligence and machine learning for everything from portrait mode to HDR and long-exposure night shots. That’s included tapping the strength of dedicated camera co-processors, but until now the company’s Pixel phones – and the Nexus range before it – have relied on primary processors from other companies. This switch away will come as a blow to Qualcomm, which has powered all the recent Pixel phones. 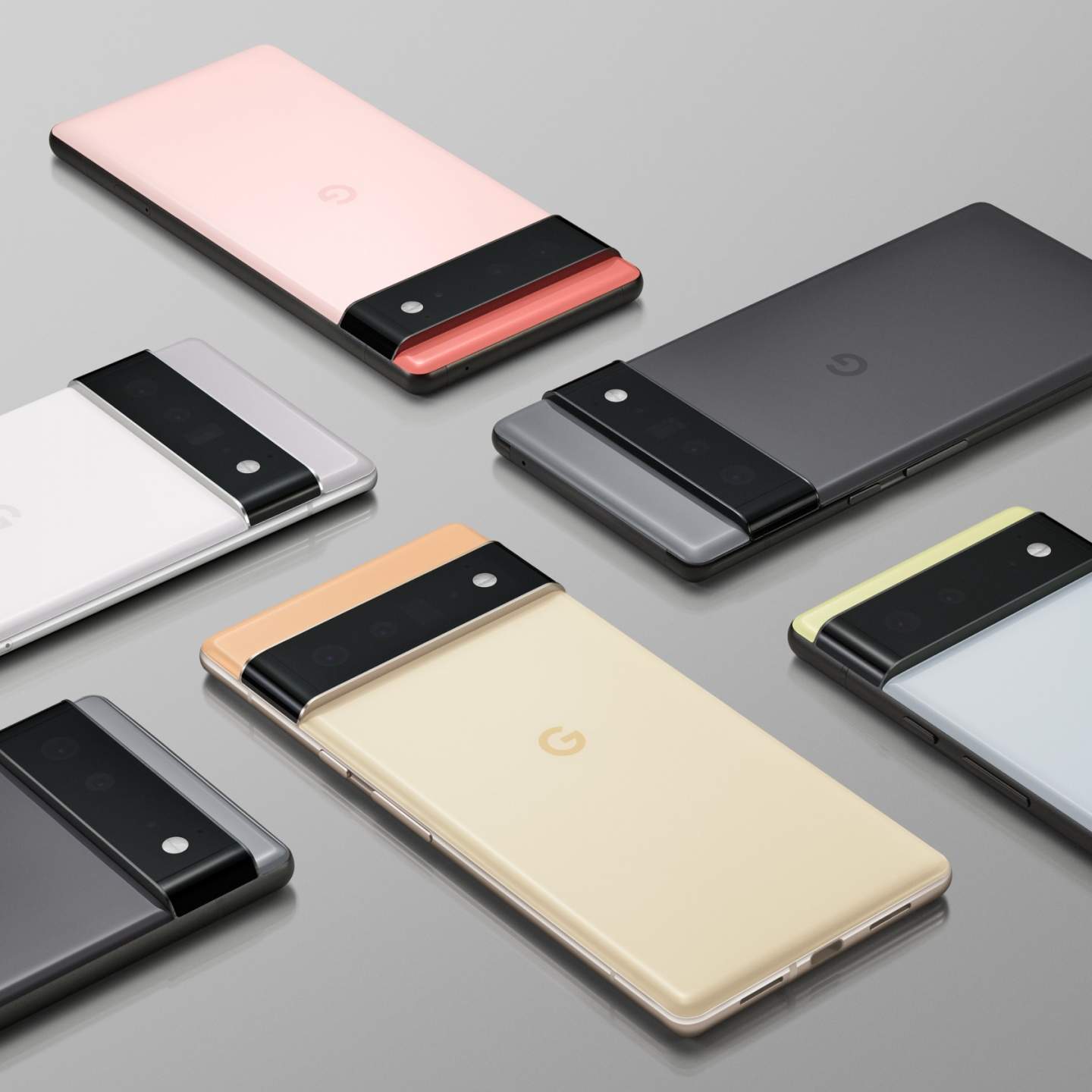 As for the software experience, expect Android 12 and Material You – as described at Google I/O 2021 earlier in the year – to feature. “Material You will be best on Pixel 6,” Google promises, with the colors of the phone hardware matching together with the colors on-screen of the UI.

For voice recognition, there’ll be “a huge improvement,” again thanks to the Google Tensor chipset. That includes across voice commands, translation, captioning, and dictation.

Finally, there’ll be “the most layers of hardware security in any phone,” Google promises. Exactly how that’s implemented, and the rest of the hardware specifications, we’ll have to be patient. Google says the Pixel 6 and Pixel 6 Pro will be coming this fall.